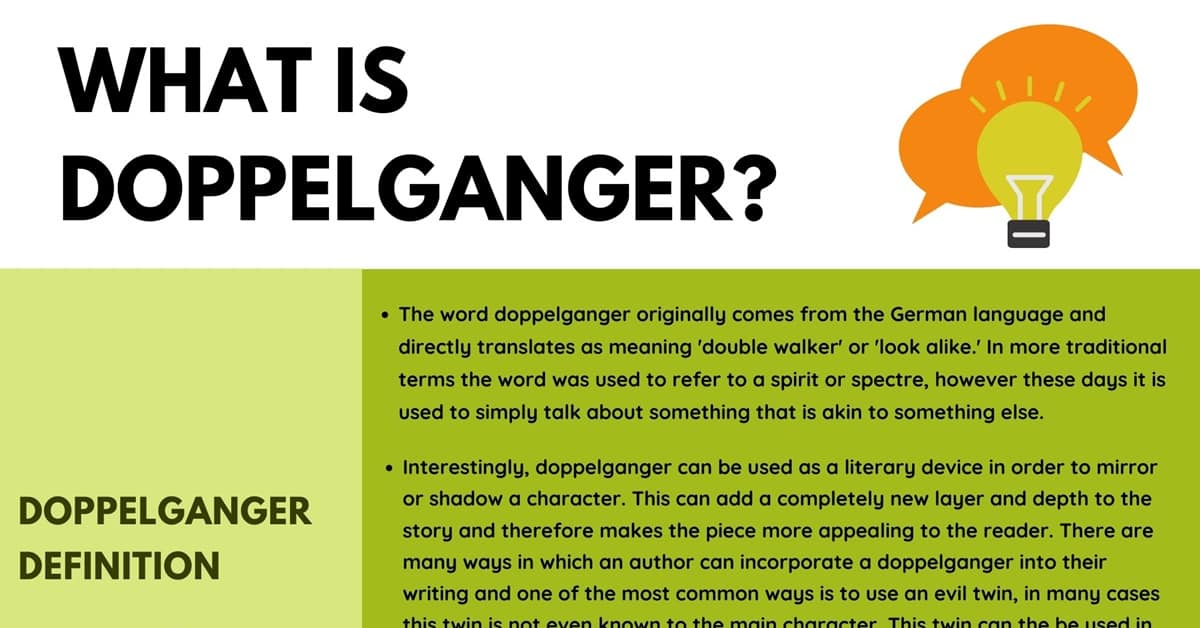 You have likely heard the term doppelganger when looking at the English language, but what exactly does this mean? In this article, we are going to explore the meaning of doppelganger and how it can be used in both spoken and written contexts. We are also going to be looking at some examples of times when the concept of doppelganger has been used in order to allow us to further understand its function.

The word doppelganger originally comes from the German language and directly translates as meaning ‘double walker’ or ‘look alike.’ In more traditional terms the word was used to refer to a spirit or spectre, however these days it is used to simply talk about something that is akin to something else.

Interestingly, doppelganger can be used as a literary device in order to mirror or shadow a character. This can add a completely new layer and depth to the story and therefore makes the piece more appealing to the reader. There are many ways in which an author can incorporate a doppelganger into their writing and one of the most common ways is to use an evil twin, in many cases this twin is not even known to the main character. This twin can the be used in order to add a level of confusion, especially to other characters who are known to the main character.

Another way of incorporating a doppelganger into literature is to have two forms of the same character. This does not necessarily have to be two of the same person, it might simply be someone who highly resembles another character.

When used as a literary device, the doppelganger can often play the part of a foil within the story-meaning that it is used as a decoy, plot or twist to the original expected outcome. This gives the writer the opportunity to add yet another layer of detail to the piece and further draw in the reader. Another great thing about using a doppelganger is that it gives the writer the chance to set up a theme or a plot through the actions of the doppelganger.

Examples of Doppelganger In Speech

The concept of the doppelganger is not often used in day to day conversation as a figure of speech, although it is a common topic of discussion where myth and legend is concerned. To hear its mention in conversation is likely to be in this context.

The doppelganger in myth is said to be an evil double of someone which is known to cause trouble and pain. They are said to have no shadow and can manipulate the thoughts and actions of its counterpart. In many cultures, it is believed that if you are to see your doppelganger, bad things are likely to happen, an omen of sorts. There have been many television and internet series surrounding this.

Let’s take a look at some examples of doppelganger in pop culture and modern conversation.

Examples of Doppelganger In Literature

As we mentioned, doppelganger is an excellent way for a writer to add an interesting level to the piece and is often used in the form of similar characters and sometimes an evil twin. A doppelganger might also be used as a way to look deeper into the main character from the point of view of the reader but also to allow the character themselves to be able to look within themselves.

Let’s take a look at some examples of times in which authors have employed the use of a doppelganger in their work.

The doppelganger is a very interesting form of literary device which gives a writer the opportunity to further grab the attention of the reader and incorporate an twist to the story. This is done by using a doppelganger as an evil twin or by having a secondary character who is very alike to the main character, this could be reflected in either looks or personality, or both. The use of the doppelganger can add more profound layers to a story. 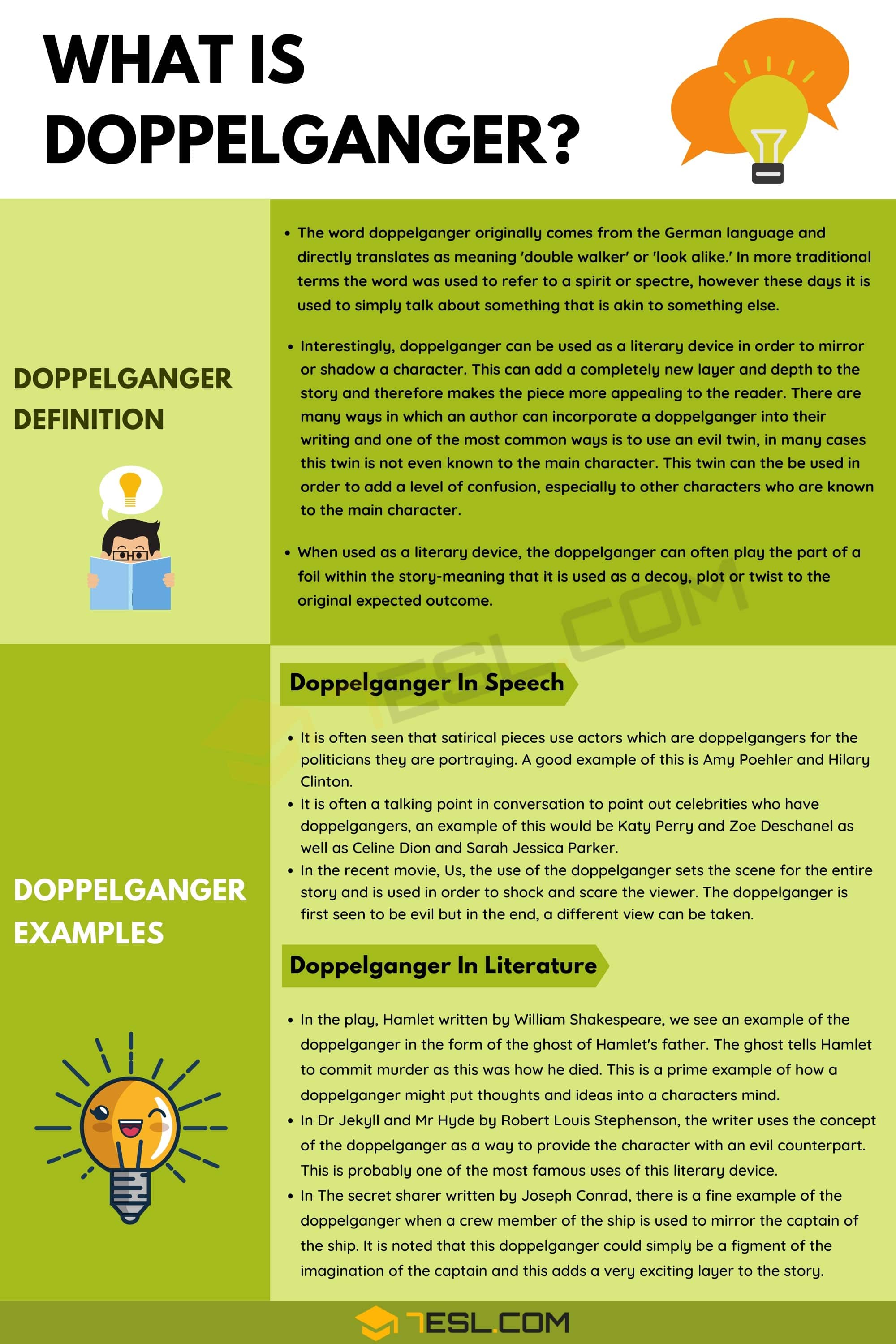