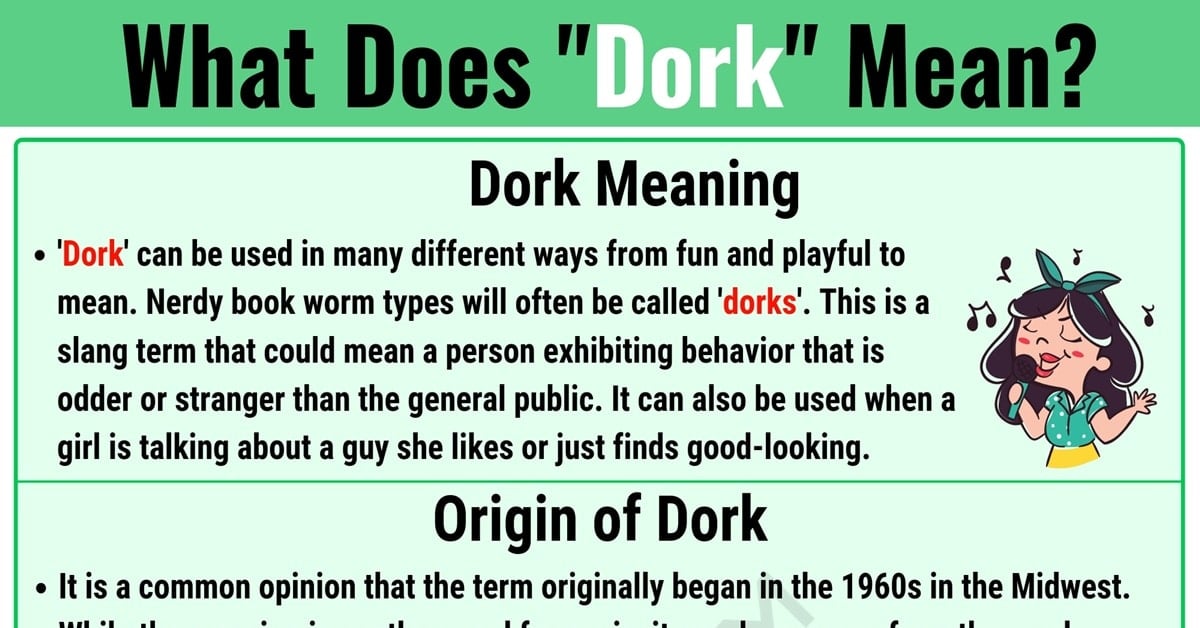 What does Dork mean? Are you searching for the definition and how to use this internet slang term? Learn this texting abbreviation with ESL picture and conversation examples to improve your English vocabulary.

What Does Dork Mean?

‘Dork’ can be used in many different ways from fun and playful to mean. Nerdy book worm types will often be called ‘dorks’. This is a slang term that could mean a person exhibiting behavior that is odder or stranger than the general public. It can also be used when a girl is talking about a guy she likes or just finds good-looking.

It is a common opinion that the term originally began in the 1960s in the Midwest. While the meaning is another word for penis, it may have come from the word variation of dick. The original spelling for the term was ‘dorque’ and was later changed to the current spelling. One of the earliest notations of the term was in 1964 by a serial killer known as “The Pied Piper of Tuscon”, Charles Schmid. In an interview with the popular magazine, Life, he was quoted calling himself “a dork”.It eventually took hold and became a common word in modern pop culture.

Here is how you will find this internet slang term used.

A way you will find the term ‘dork’ used is when someone is nerdy or a book worm like this situation. One friend is picking on the other because instead of going out to have fun she is staying in with a good book.

A guy talking about how great he is with electronics and all the technical stuff he knows about them, will definitely result in him being called a ‘dork’. Usually for play, though because most girls like smart guys in today’s time.

You see a young girl maybe 9 or 10 years old carrying a large stack of books. Her hair is a mess, and glasses so big they keep falling from her nose and she almost drops the books as she pushes her glasses back up.

Here you have two young boys picking and making fun of a young girl who clearly cares more about her intelligence than her appearance. The boys are being mean for no particular reason other than they find her to be a ‘dork’. 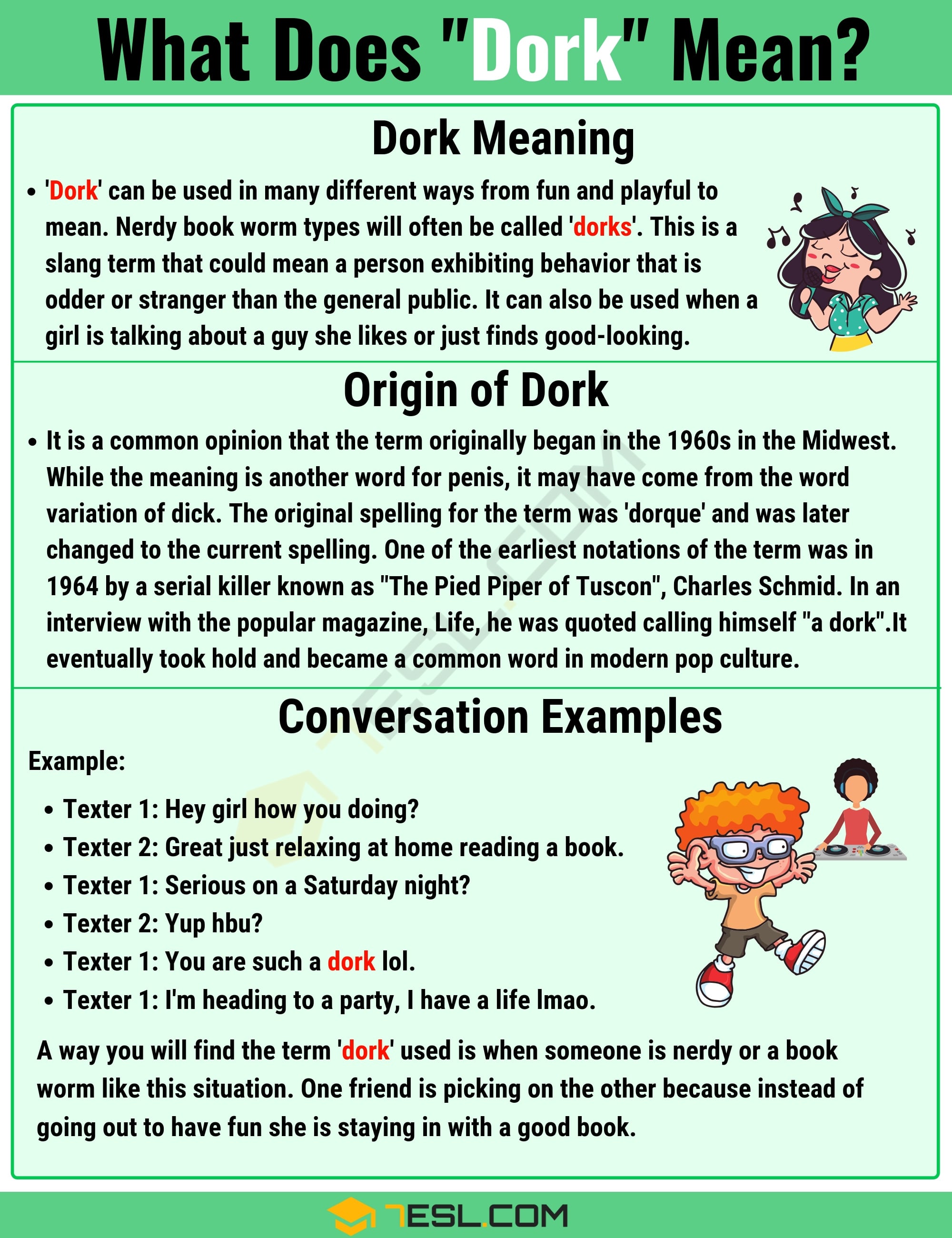