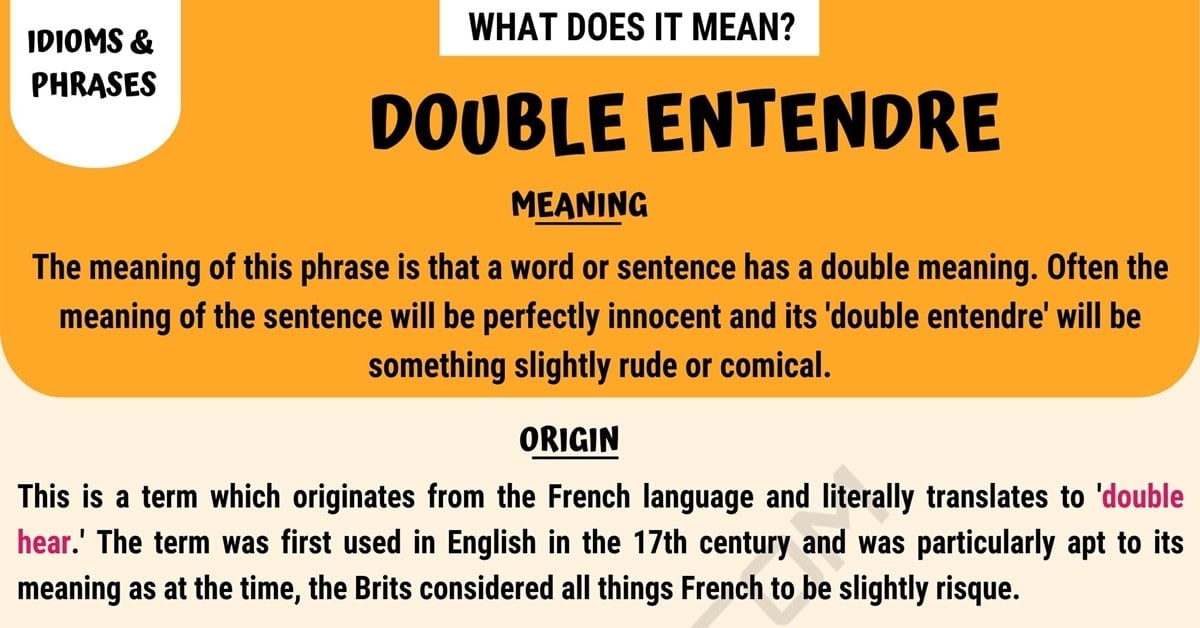 If you have ever heard someone use the term ‘double entendre’ in a conversation, you may have questioned what it meant. Let’s have a look into the meaning of this term and how it can be used in conversation. We will also look at where the saying came from originally.

The meaning of this phrase is that a word or sentence has a double meaning. Often the meaning of the sentence will be perfectly innocent and its ‘double entendre’ will be something slightly rude or comical.

This is a term which originates from the French language and literally translates to ‘double hear.’ The term was first used in English in the 17th century and was particularly apt to its meaning as at the time, the Brits considered all things French to be slightly risque.

Of course, as with many idioms, there are other ways in which you can express the meaning of the term ‘double entendre.’ Here are some examples of things you could say.

You would use this term when you heard a phrase which was intended for its literal use but also could refer to a more sexy or funny thing. For example, if you heard someone say something like ‘Emma is soaking wet,’ it would mean that Emma has probably been out in the rain, but the sentence could also refer to a more sexual context to which you might say ‘ooh, stop with the double entendre‘.‘ 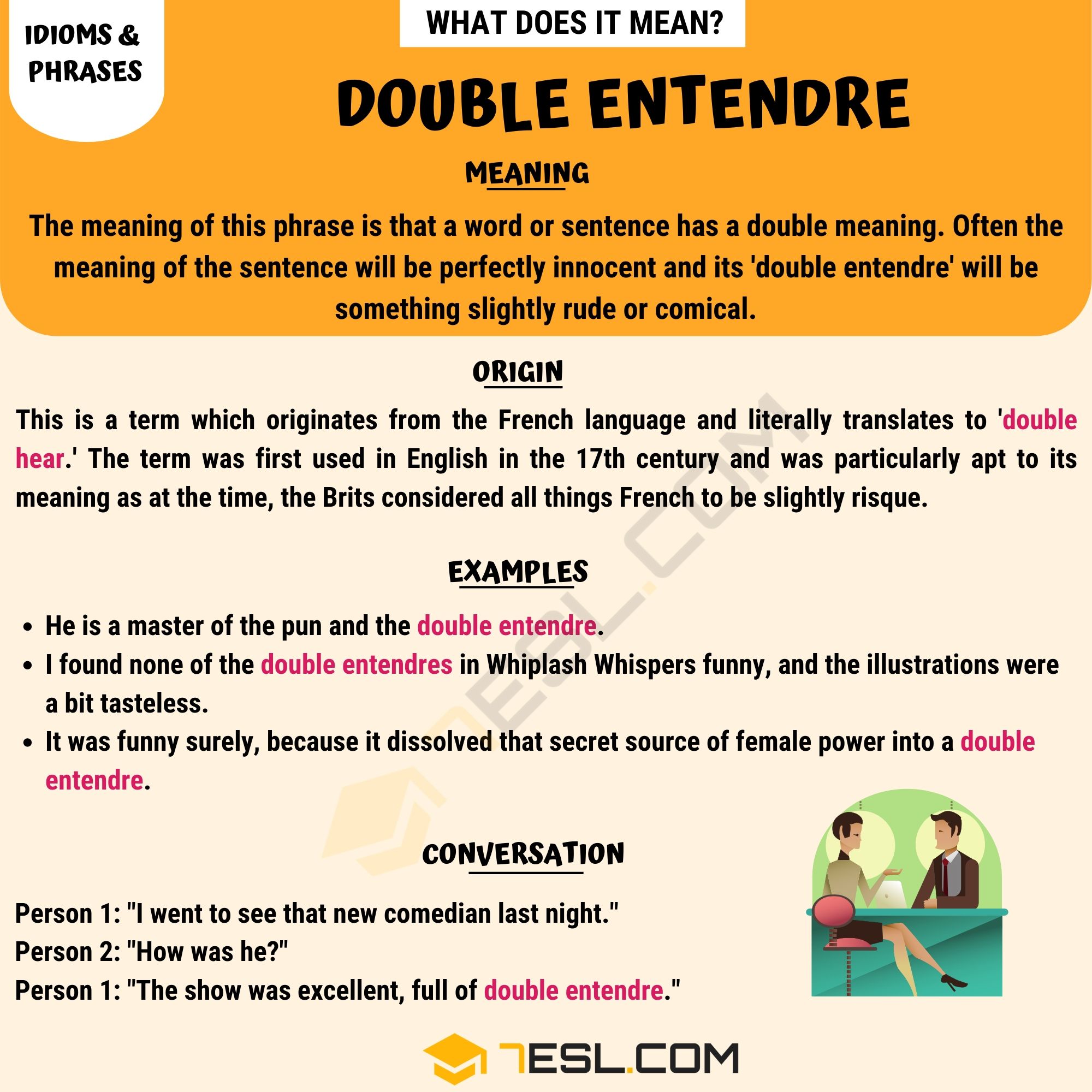