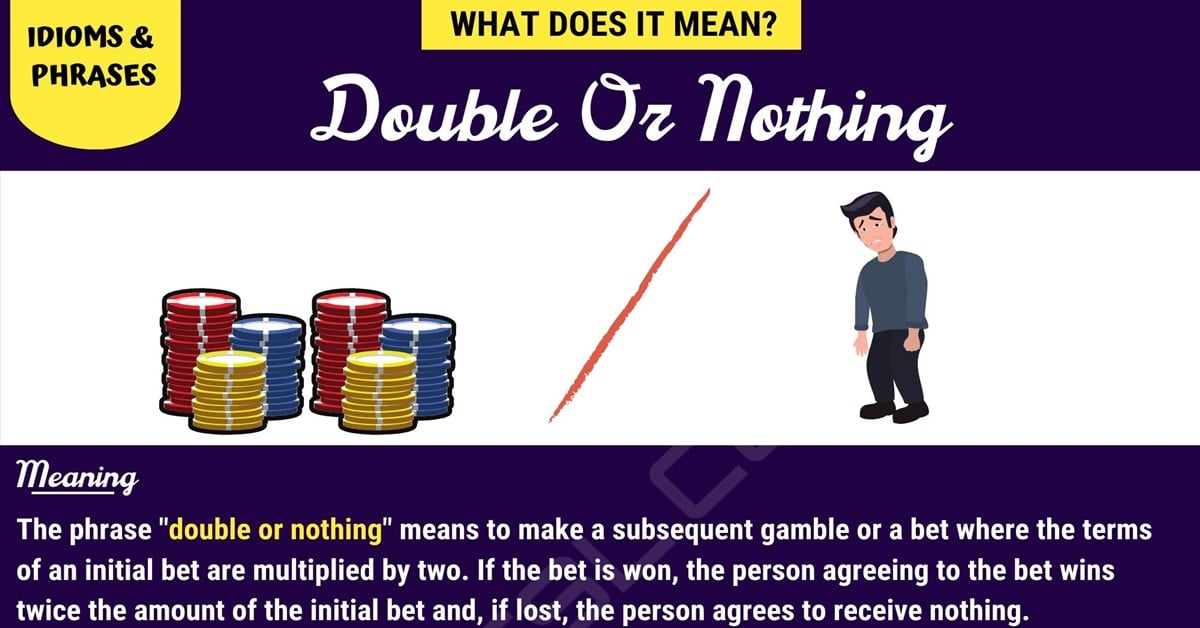 The phrase “double or nothing” is one you may hear frequently in conversation or see used a lot in writing. In the article below, the definition of this phrase and the details of its origin can be found. You will also see samples of sentences and conversations that show the proper usage of this phrase in everyday communication and you will find some different ways to this phrase that still allow you to convey the same meaning.

Double or Nothing Meaning

“Double or Nothing” Examples

Alternatives to “Double Or Nothing”

Some alternatives you can use in place of “double or nothing” that mean the same or something very similar include:

What does “Double Or Nothing” Mean? | Picture 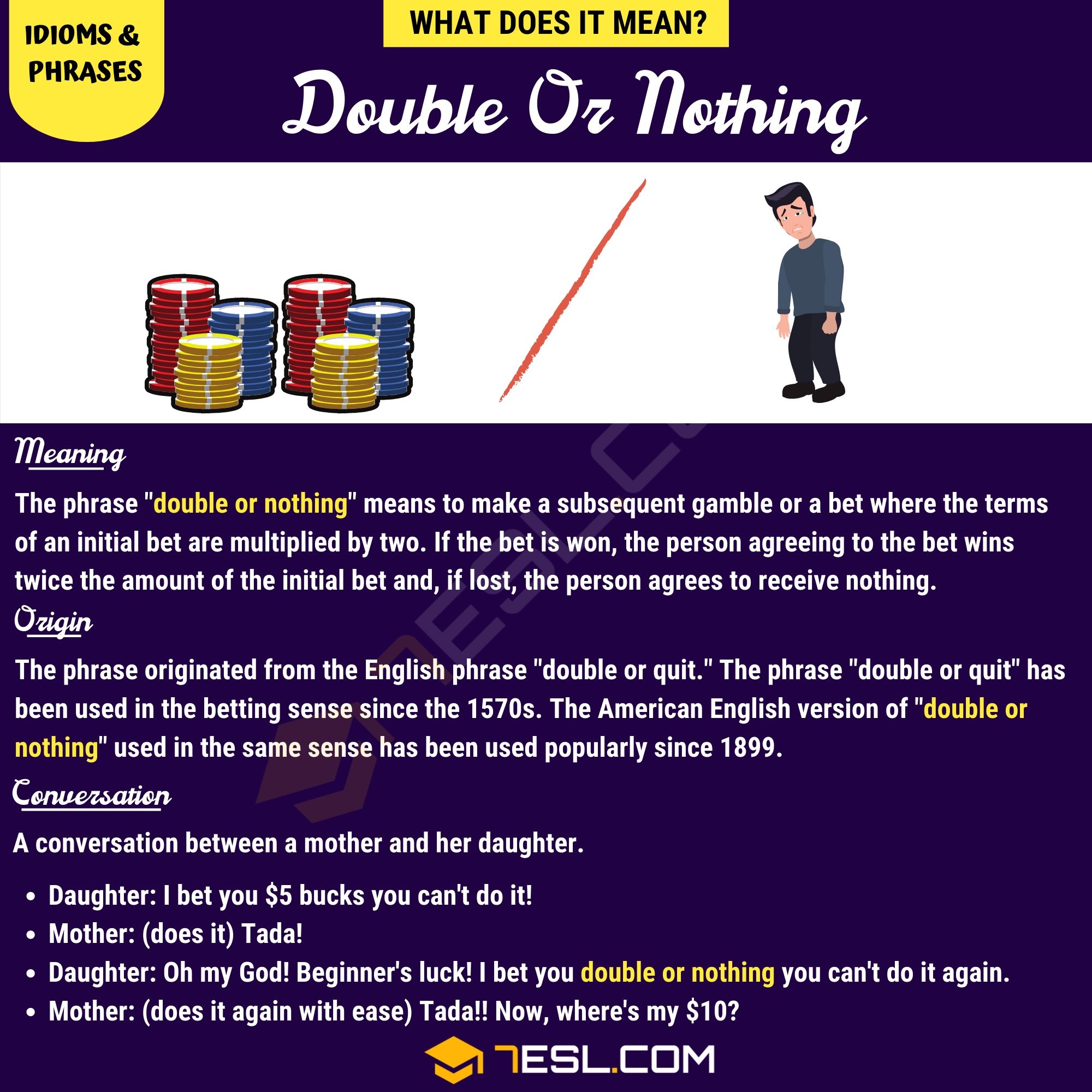