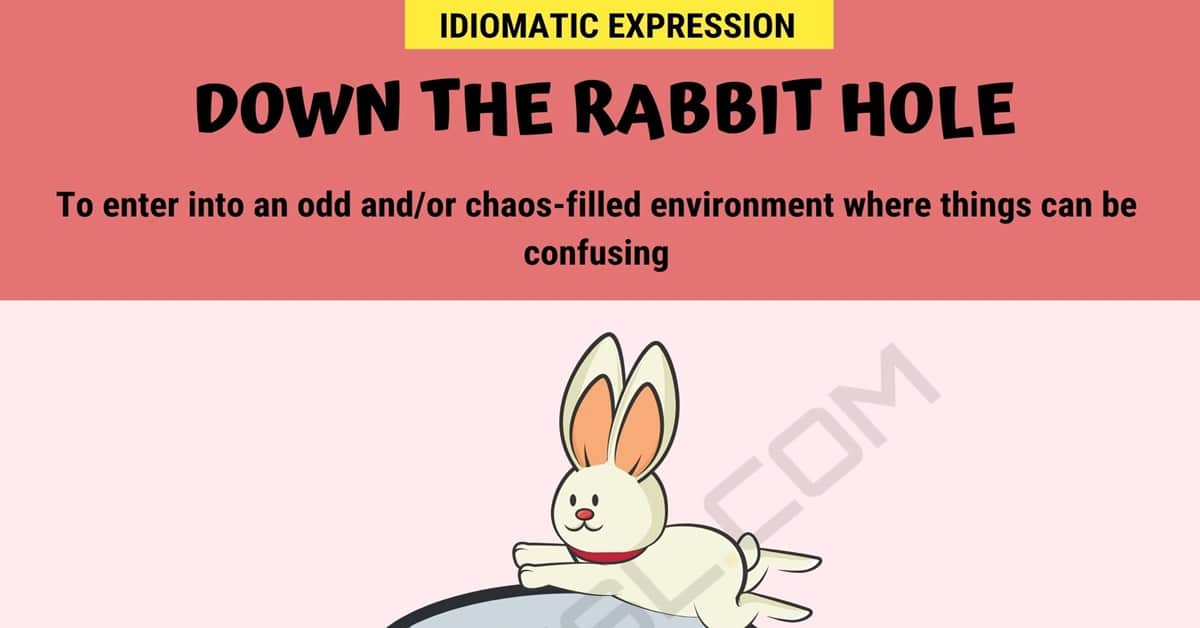 The idiomatic phrase “down the rabbit hole” is not heard as frequently as some other, more common, idioms. Here you will find the meaning of the phrase and some information about the phrase’s origin. You will also find some examples of how to properly use this phrase in conversations/statements and suggestions on some other ways to say the phrase while conveying the same meaning.

Down The Rabbit Hole

Down The Rabbit Hole Meaning

The idiomatic phrase “down the rabbit hole” means to enter into an odd and/or chaos-filled environment where things can be confusing.

The origin of this phrase comes from the children’s book Alice in Wonderland that was written by the author Lewis Carrol in 1865. In this book, the main character, Alice, falls down the rabbit hole into a world full of weirdness, chaos, whimsy and danger.

“Down The Rabbit Hole” Examples

A statement made in the local newspaper about the mental breakdown an elected politician recently had.

A statement made by a celebrity to a well-known entertainment publication when asked how she feels about her recent overnight success.

A conversation between two friends discussing recent occurrences in their lives.

A conversation between two students regarding finals week.

Other Ways to Say “Down The Rabbit Hole”

Like most idiomatic phrases, the phrase “down the rabbit hole” can be expressed in other, more literal, ways.

Some things you could say instead to convey the same meaning include:

Down The Rabbit Hole Meaning | Picture 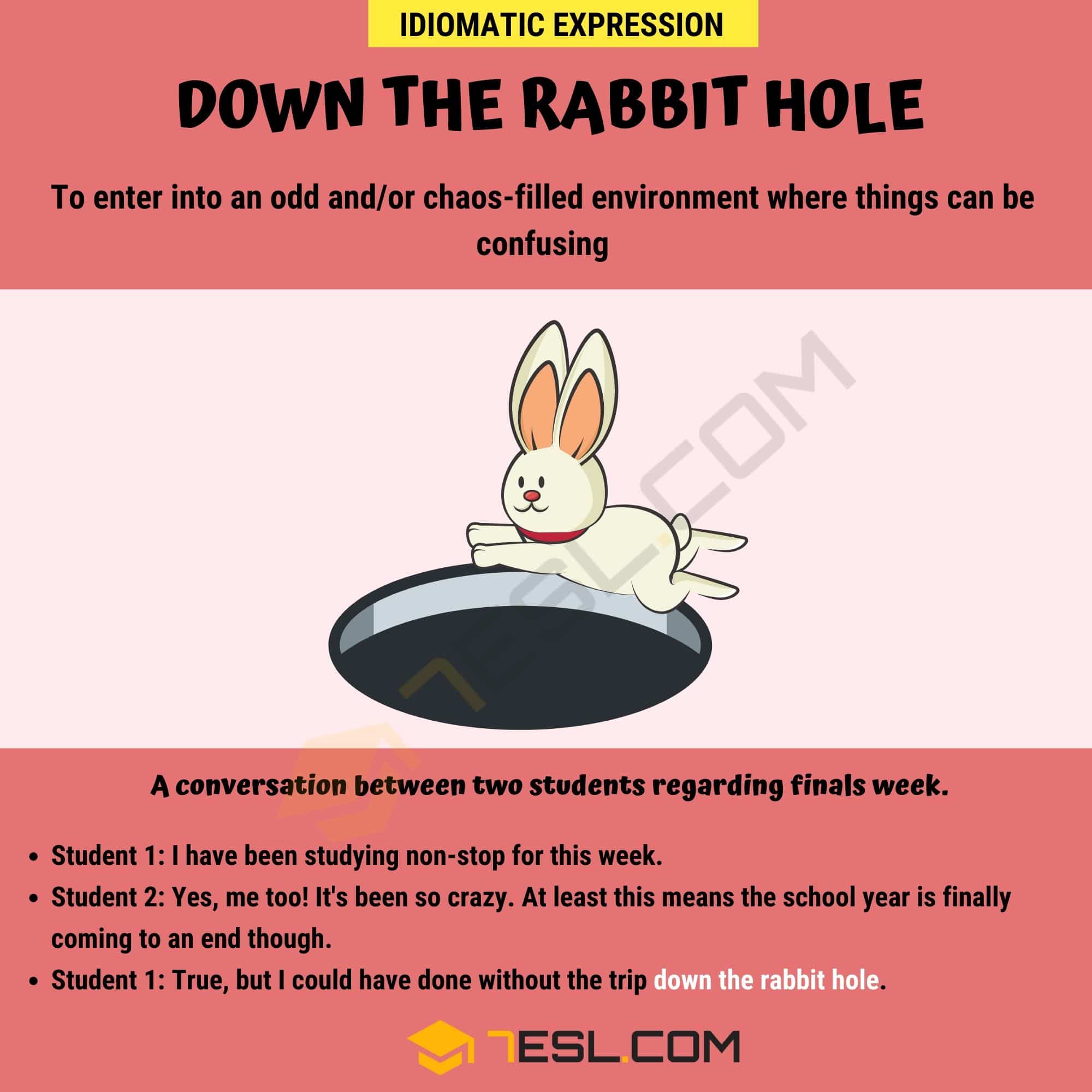