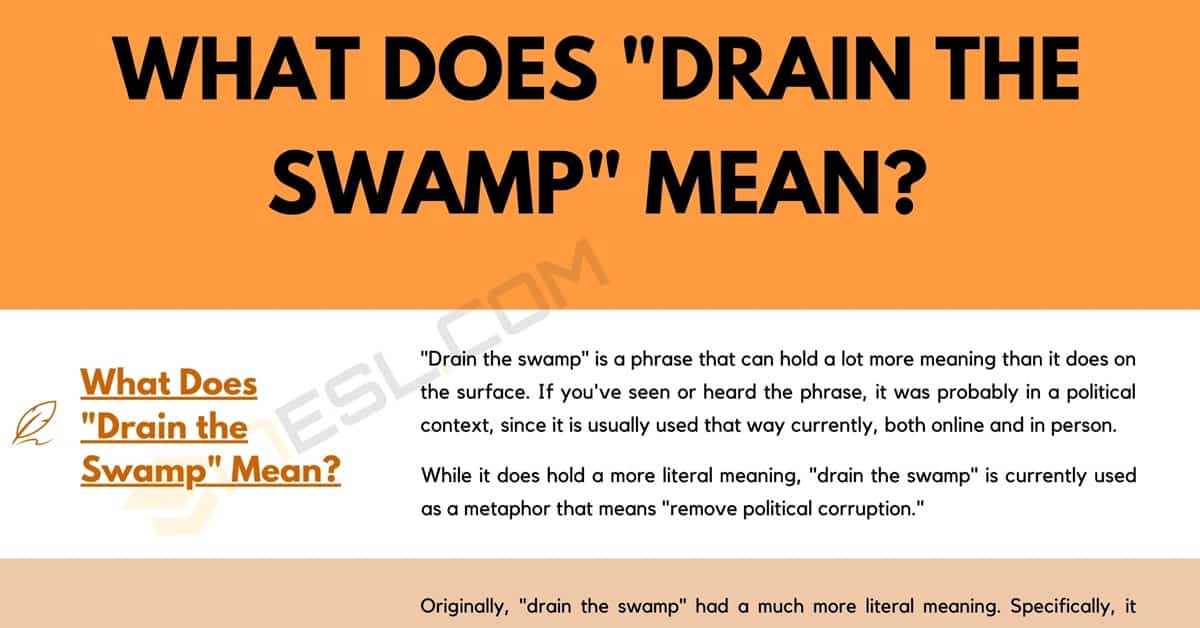 Do you know what the term “drain the swamp” means? English can be a tricky language. The literal words are one thing, but learning idioms, slang, and acronyms can feel like learning a whole other language on top of basic English! We’re here to help, and on this page, we’re taking a look at the phrase “drain the swamp.”

What Does “Drain the Swamp” Mean?

“Drain the swamp” is a phrase that can hold a lot more meaning than it does on the surface. If you’ve seen or heard the phrase, it was probably in a political context, since it is usually used that way currently, both online and in person.

While it does hold a more literal meaning, “drain the swamp” is currently used as a metaphor that means “remove political corruption.”

Origin of the Term

Originally, “drain the swamp” had a much more literal meaning. Specifically, it referred to draining water out of swampy areas in order to rid the area of less desirable things, like alligators, as well as disease-carrying mosquitos.

Since the early 1900s, it’s been used as a metaphor, especially in American politics. While both the Democratic and Republican parties have used the phrase, it was re-popularized by Donald Trump during his 2016 presidential race.

Examples of How to Use “Drain the Swamp”

The following are some examples of ways “drain the swamp” can be used.

Other Ways to Say “Drain the Swamp”

If you want to express the same thing as “drain the swamp” without saying it that way, the best route is to get a little more literal with your statement. For example, you can say, “remove corruption” or “remove unwanted pests,” depending on the meaning you’re going for.

Many different people use “drain the swamp.” Some use it in a genuine way, and others use it sarcastically, and it’s not always easy to tell who is using it in which ways. American politics are often quite messy, and when one party claims they will drain the swamp and the other claims that will make things even worse, it also complicates one of the phrases used to refer to political viewpoints.

When to Use the Phrase

It’s best to use “drain the swamp” when you know how the people reading or hearing the phrase are likely to react. It’s okay to be for it, against it, or for it but skeptical, but since it can be received from so many different angles, it’s really only a good way to communicate if you know your audience. 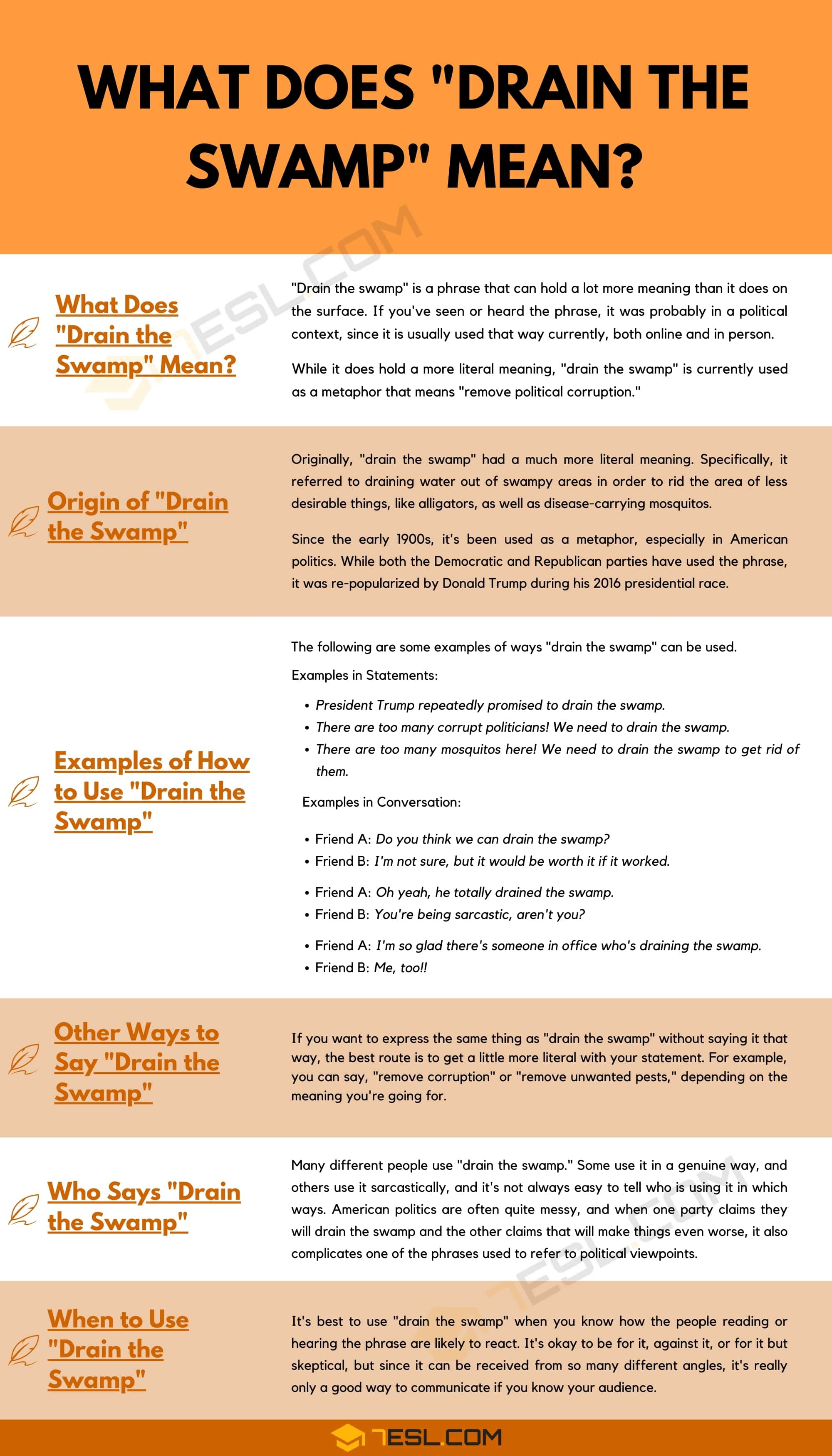