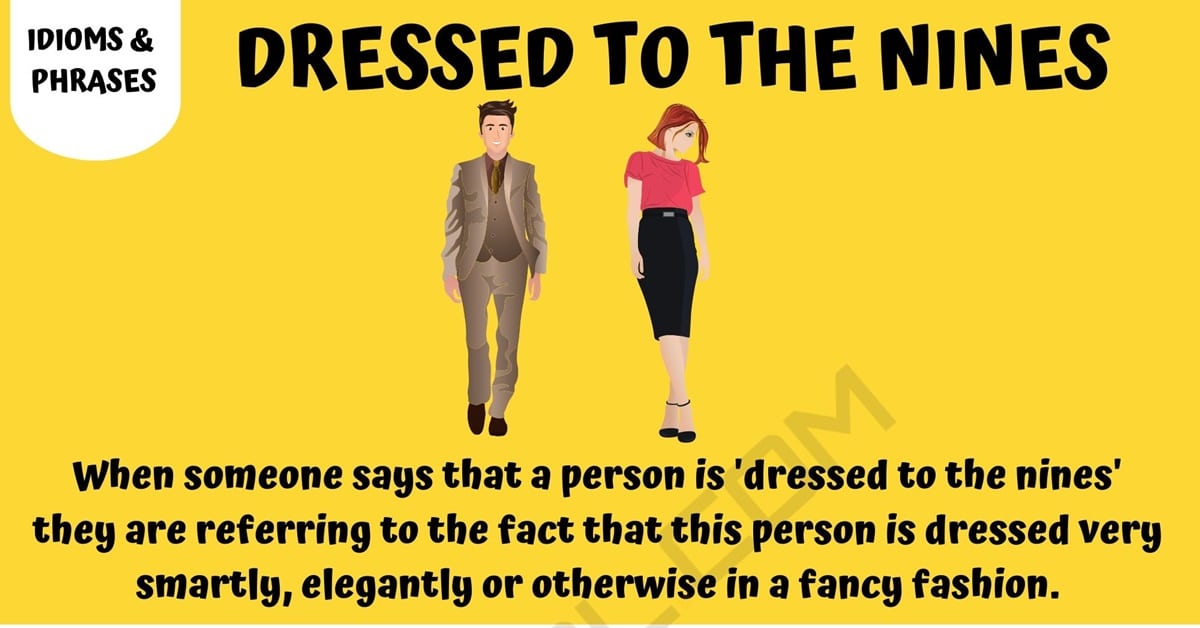 You may have heard someone use the saying ‘dressed to the nines’ during a conversation, you may also have wondered what this term means. We are going to look at how you use this phrase in conversation and where it comes from in history.

Dressed to the Nines

“Dressed to the Nines” Meaning

When someone says that a person is ‘dressed to the nines’ they are referring to the fact that this person is dressed very smartly, elegantly or otherwise in a fancy fashion.

There is also some speculation that the number nine was seen as ‘perfection’ and so when using the number to describe how someone is dressed, you would be describing their attire as ‘perfect.’

“Dressed to the Nines” Examples

You could also hear the term used to talk about a third person, for example:

To use the idiomatic saying in a conversation, you might hear something like one of the following examples.

What Does “Dressed to the Nines” Mean? | Picture 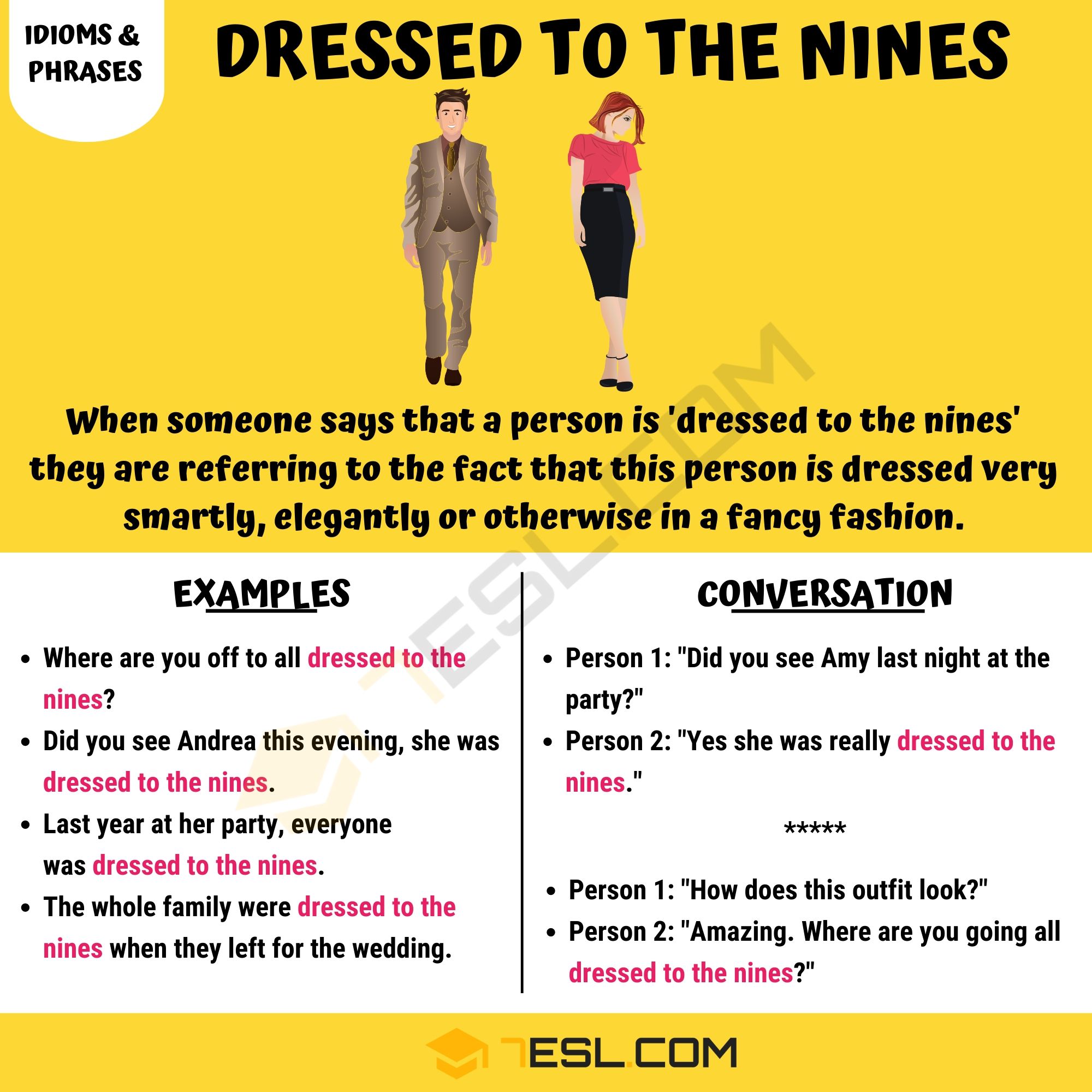