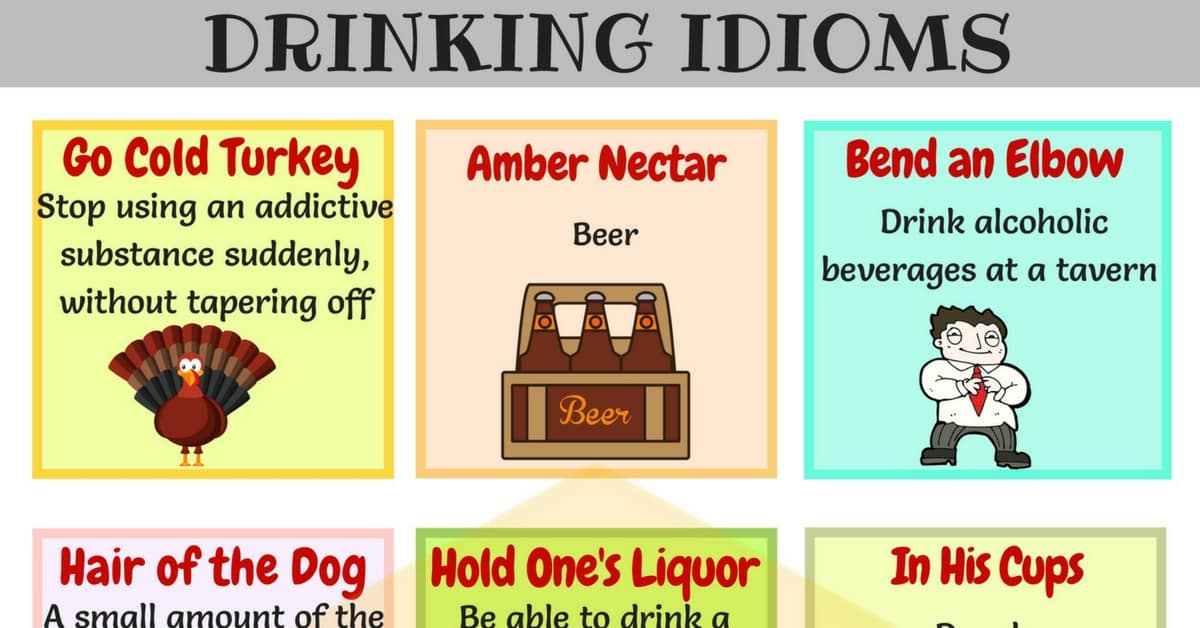 Drinking Idioms with Meaning and Examples

(See the) Glass (as) Half Empty/Half Full

Note: These images are used in sentences with various constructions. The phrase can be an adjective or the object of the

Note: This idiom is British.

Back Burner (On The)

Note: Used with “on the.” Can also be a verb: to back-burner something.

Champagne taste on a beer budget

Note: This idiom is primarily American.

Note: The idiom refers to the Jonestown, Guyana, massacre in 1978, when followers of the Rev. Jim Jones committed mass suicide by drinking Kool-Aid (a sweet drink) mixed with poison.

Note: “Liquid courage” is also used and is more common in the USA.

Note: This is often used with “quit,” as in the example.

Hair of the Dog (That Bit You)

Note: You can also “fall off the wagon.”

One for the Road

Useful Idioms about Drinking in English 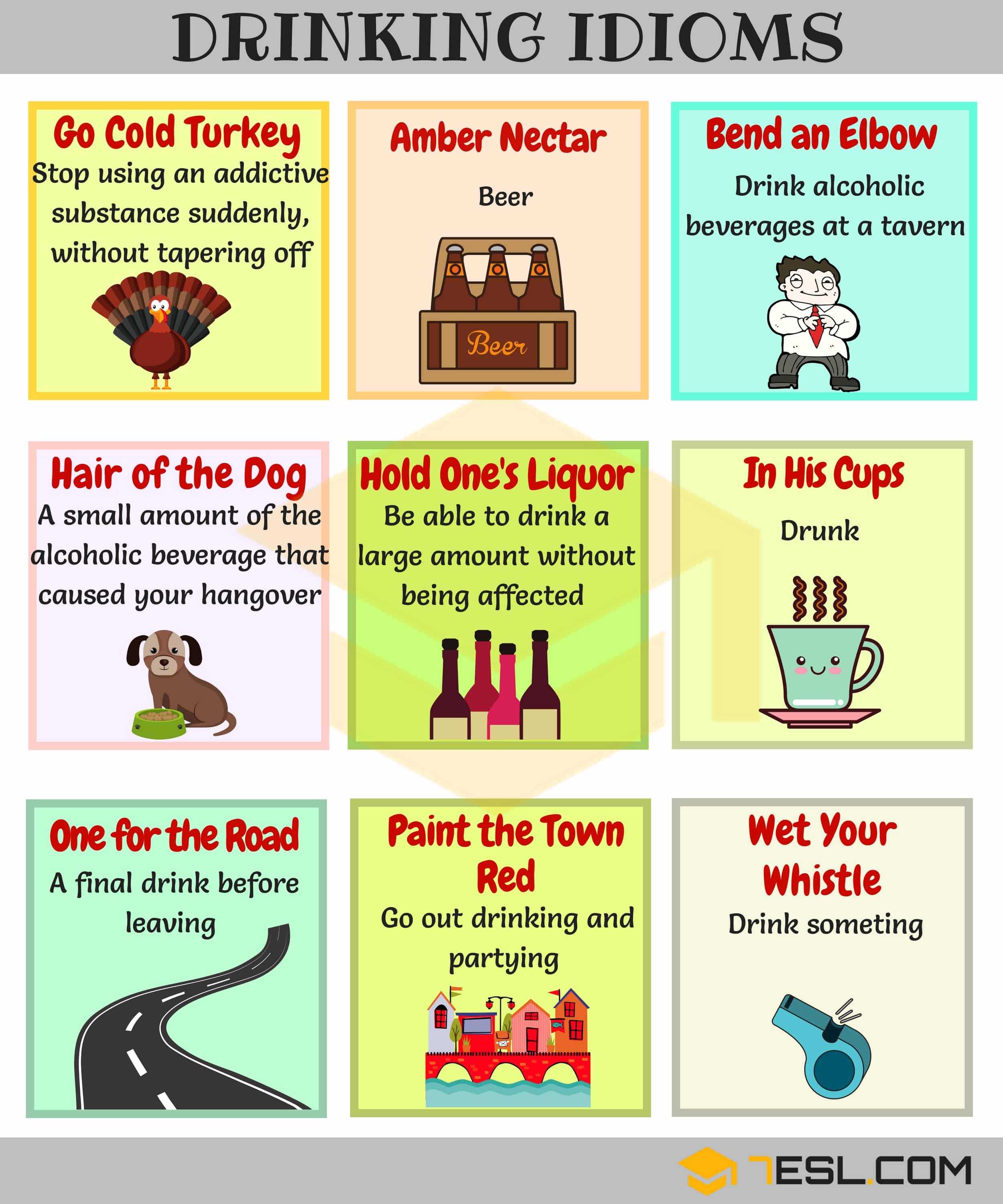