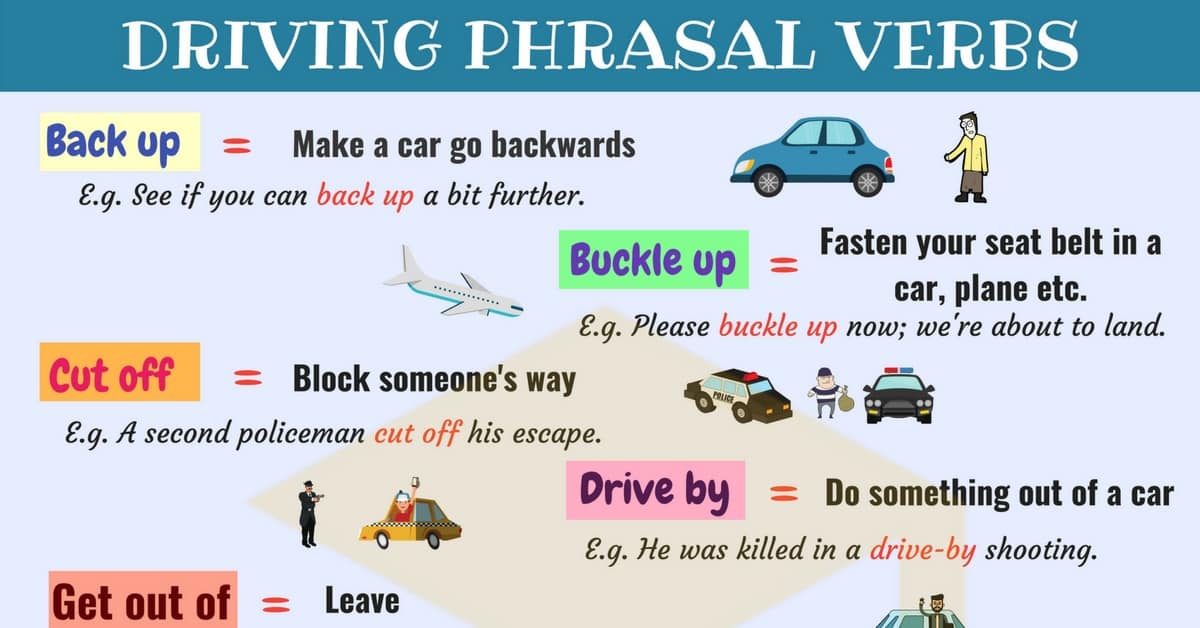 Driving Vocabulary! List of common driving phrasal verbs with their meaning, ESL picture and example sentences in English to improve your fluency.

Learn more with useful list of car, speed and driving idioms in English.

List of common phrasal verbs about driving to improve your English. 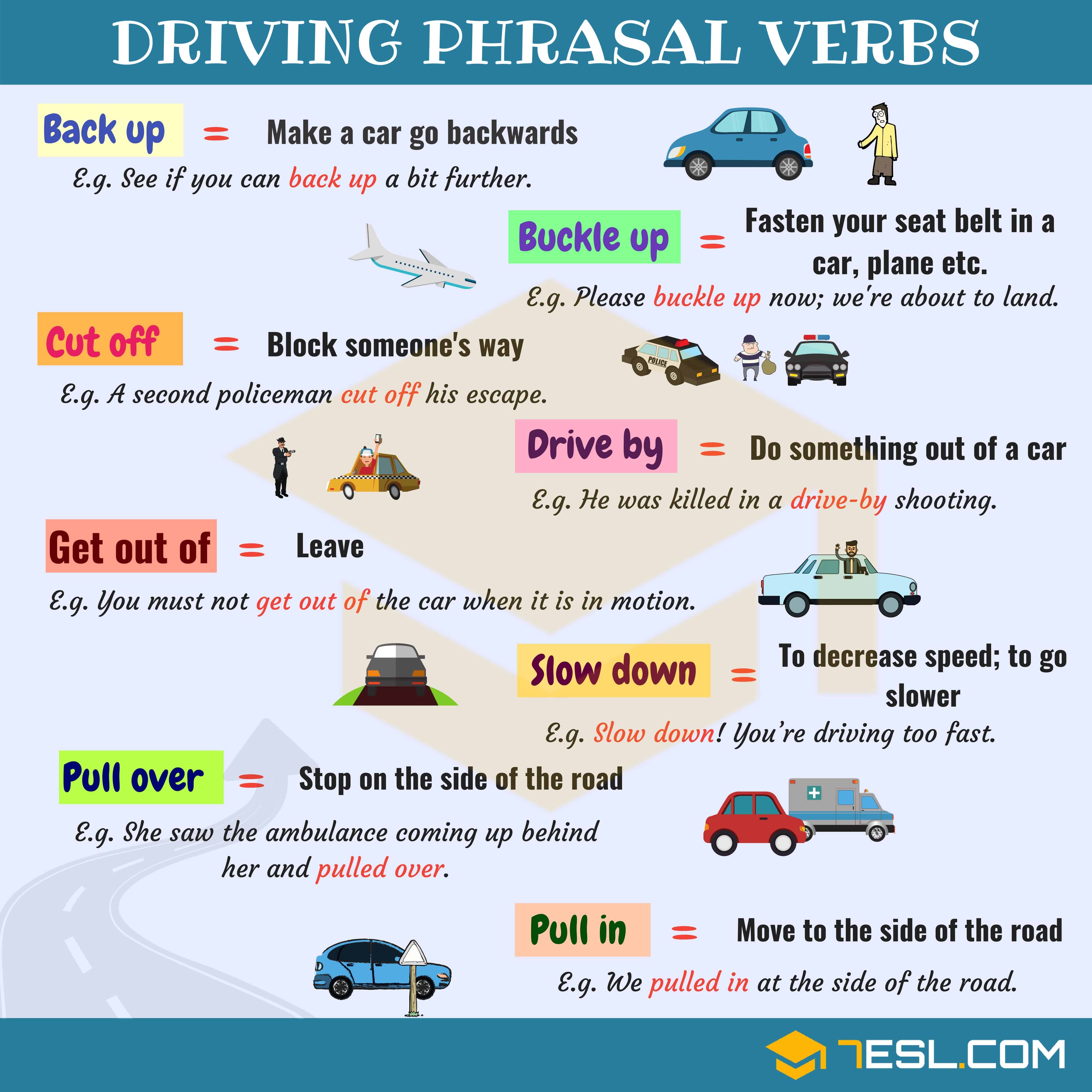 Run into
• Meaning: Crash into somebody/something
• Example: The bus went out of control and ran into a line of people.