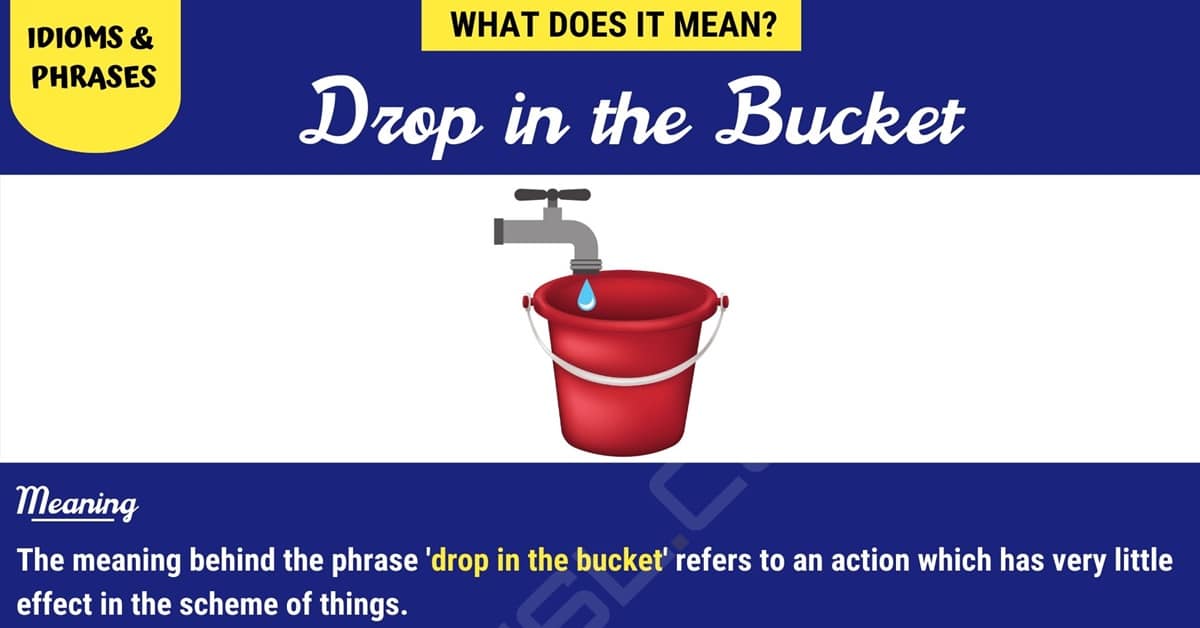 If you listen to English conversation, you may hear the term ‘drop in the bucket.’ But what do people mean when the use this phrase? We will take a look at the meaning of the term, where it came from and how it can best be used in conversation.

Drop in the Bucket

Drop in the Bucket Meaning

The meaning behind the phrase ‘drop in the bucket’ refers to an action which has very little effect in the scheme of things.

This common idiom has been around since biblical times, and comes from a passage which is taken from the bible that reads ‘ Behold, the nations are as a drop of a bucket, and are counted as the small dust of the balance.’ The term became popular as an idiom in the 1300s.

“Drop in the Bucket” Examples

You would use the phrase ‘drop in the bucket’ when talking about something that has taken place that is insignificant or does not make a huge difference to the overall picture. A good example of its use might be ‘Your donation of £10 was really kind, but it was really only a drop in the bucket compared to the £1 million we need to raise.’

If you would like to know how the term ‘drop in the bucket’ would fit into an every day conversation, you can read the following examples to give you more of an idea of how the phrase works.

Meaning of “Drop in the Bucket” | Image 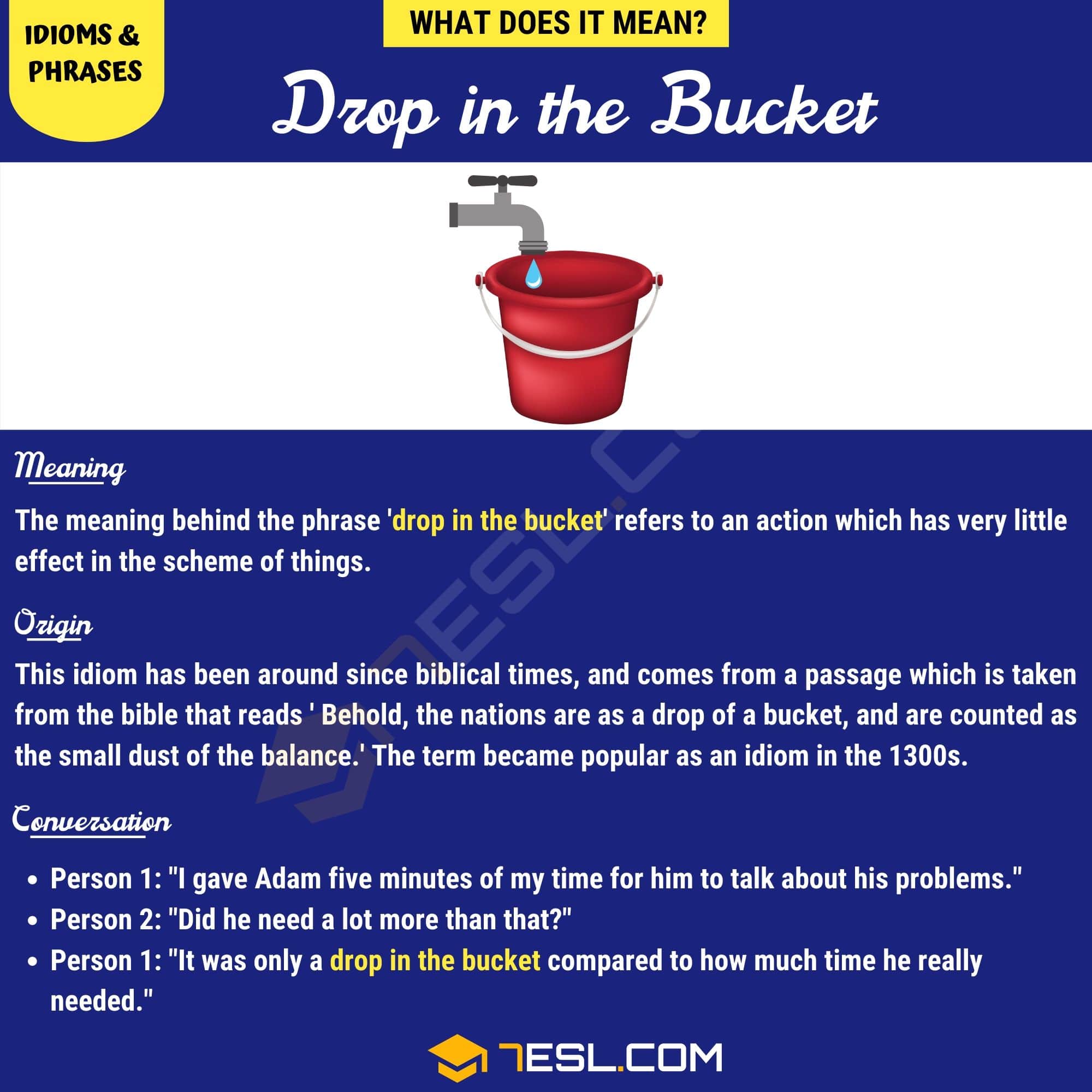