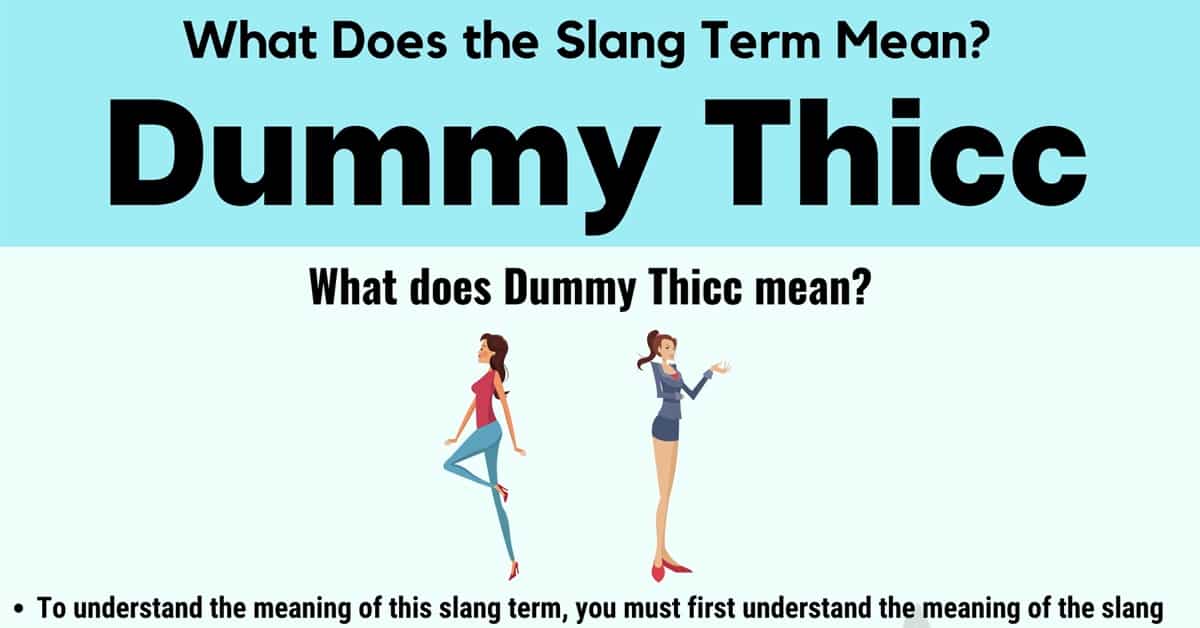 The slang term “dummy thicc” is a relatively new term to enter the American mainstream in social media and text messaging. If you have seen this term being used and thought it meant the description of a wooden puppet, then you would be incorrect. Luckily you have come here to find out what it really means.

Below, you will find the true meaning of this slang term, the information behind its origin, and some other meanings if there are any to be found. Example conversations are also provided here to help you out with understand the meaning of the term and how to correctly use it in context. Finally, you will find some synonyms that will work to replace the slang term in a conversation and will convey the same meaning.

What Does Dummy Thicc Mean?

The exact origin of this slang term is not known. It was first defined in 2018 and the first known usage occurred on YouTube in a video of a VRChat that was posted in June 2018. Since its first usage on YouTube, it spread to Twitter and then all other forms of social media. 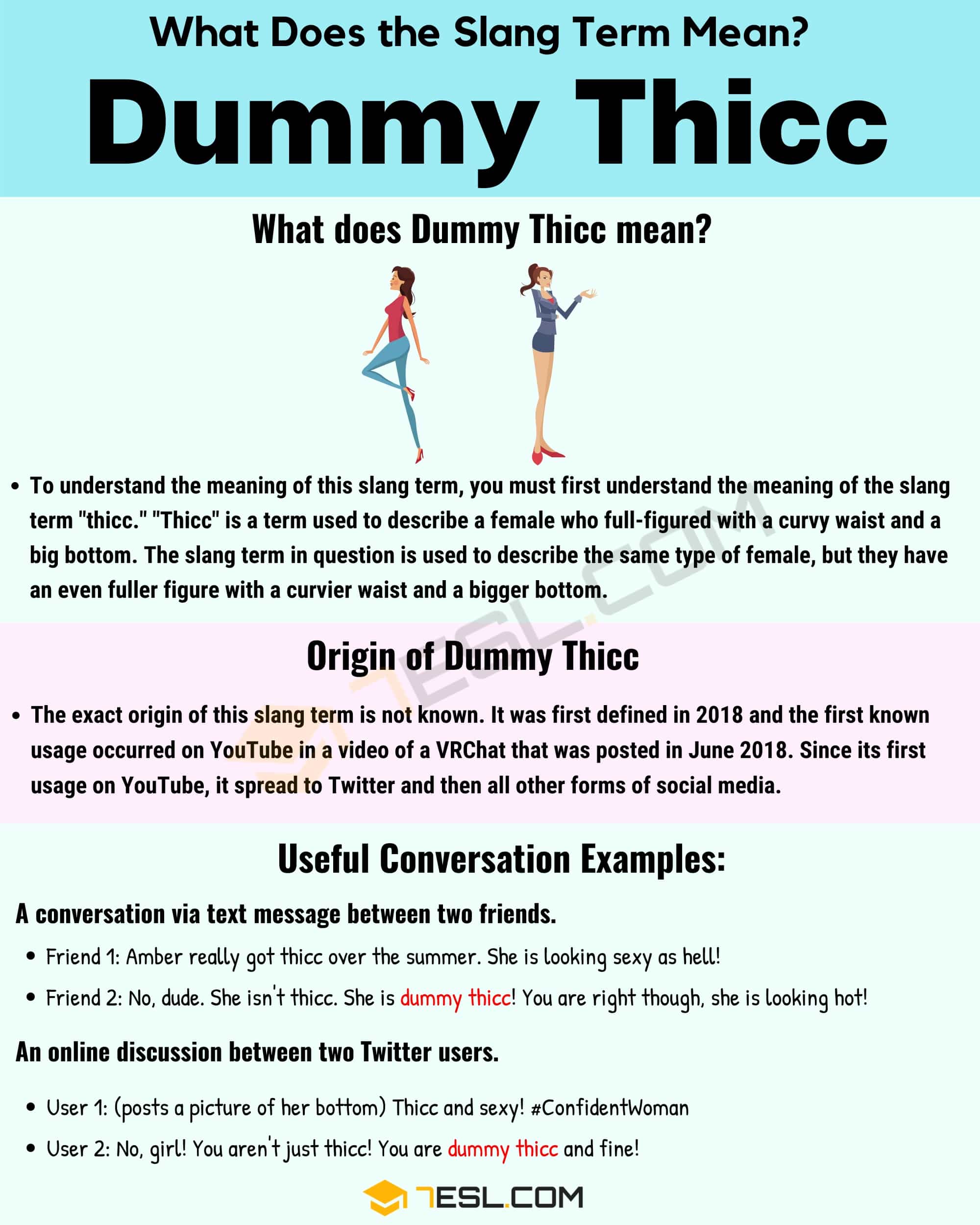