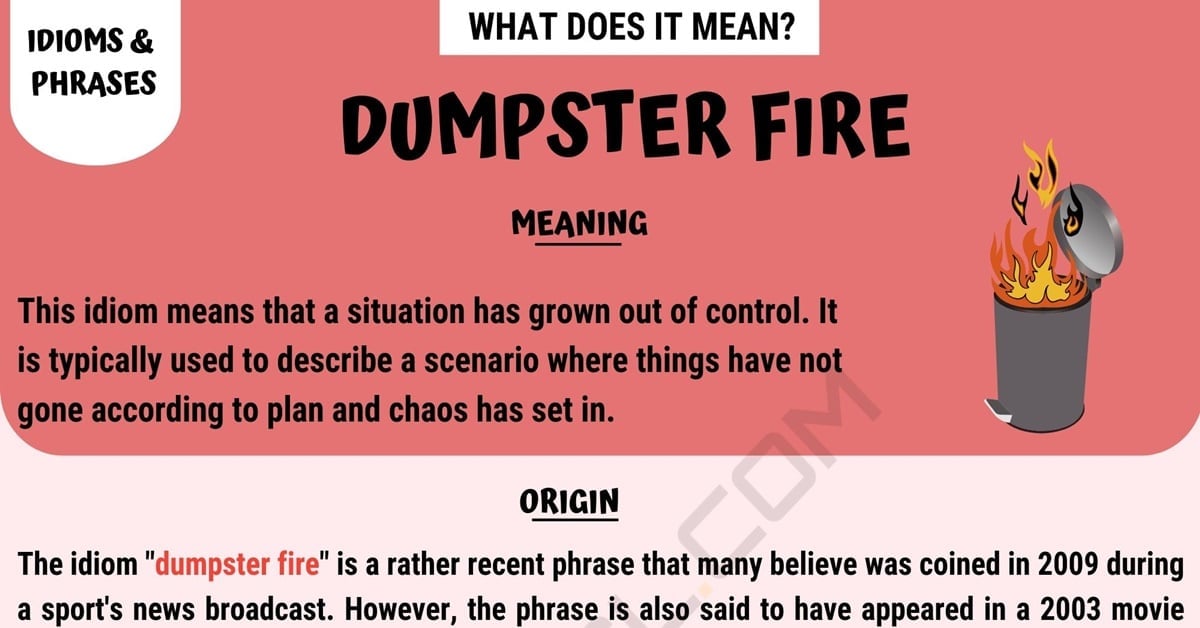 Learn the meaning of the idiom “Dumpster Fire”. An idiom is an expression used figuratively to convey a thought or a feeling. Idioms have been used widely over many years. One idiom that is still used often today is “dumpster fire.” Here you will find the meaning of this phrase, the origin story of this phrase, examples of how to properly use this phrase in conversations/statements and other ways to state the phrase in literal terms.

The idiom “dumpster fire” means that a situation has grown out of control. It is typically used to describe a scenario where things have not gone according to plan and chaos has set in.

The idiom “dumpster fire” is a rather recent phrase that many believe was coined in 2009 during a sport’s news broadcast. However, the phrase is also said to have appeared in a 2003 movie review and was used to describe a movie that critics thought to be “insignificantly stinky.”

A statement in the local paper about riots.

A statement given to a sportscaster by the wide receiver of a football game after a loss.

A conversation between two hockey players.

Other Ways to Say “Dumpster Fire”

As with all idiomatic phrases, this phrase can also be said in a literal sense rather than with figurative language. For instance, someone could simply state that the situation will become chaotic or out of control.

What does “Dumpster Fire” Mean? | Picture 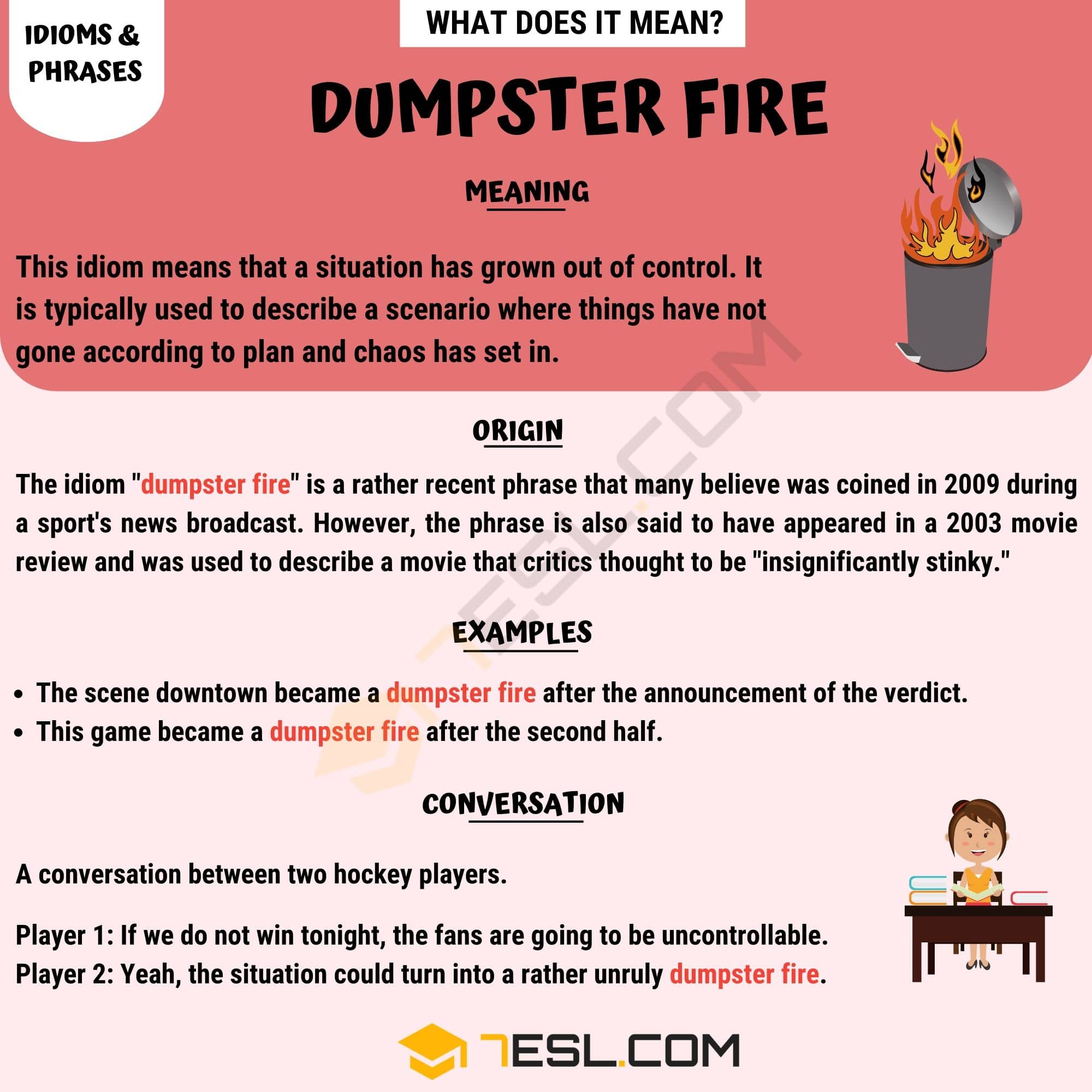