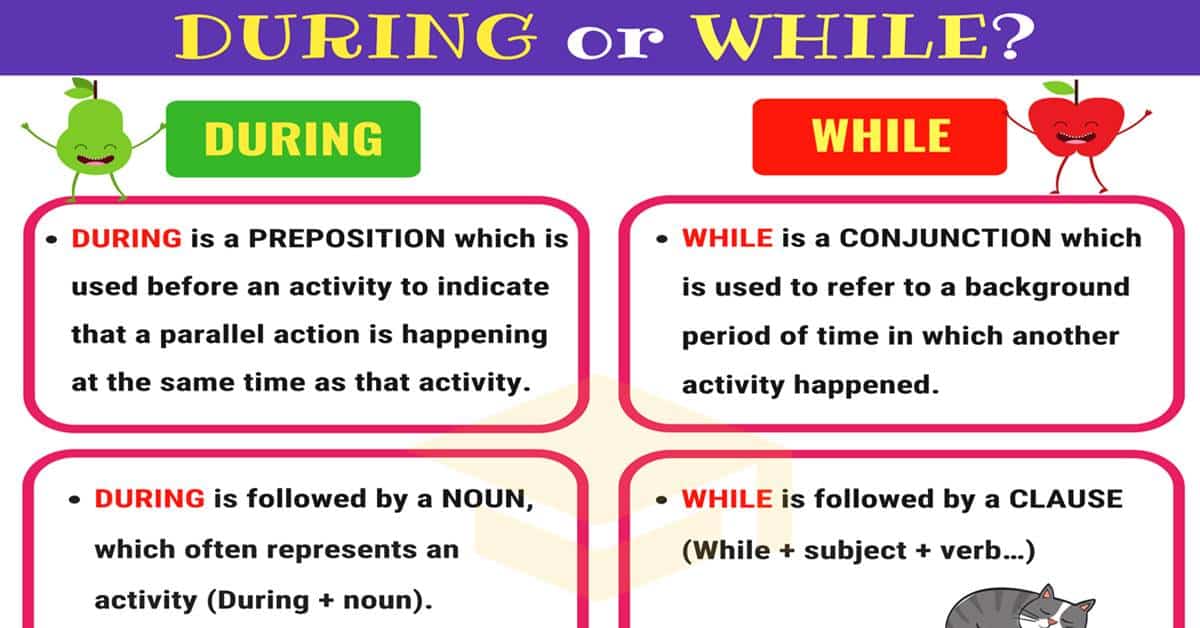 During vs. while! During and while are similar in meaning (function), but they are used different grammatically.

Is During a Preposition?

During is a preposition which is used before an activity to indicate that a parallel action is happening at the same time as that activity.

What did you discuss during dinner?

During is followed by a noun, which often represents an activity (During + noun).

I had a good time during the trip.

Is While a Preposition?

While is a conjunction which is used to refer to a background period of time in which another activity happened.

They all took notes while the professor gave the lecture.

While is followed by a clause (While + subject + verb…)

I did it while I was drunk.

Difference Between During and While | Picture 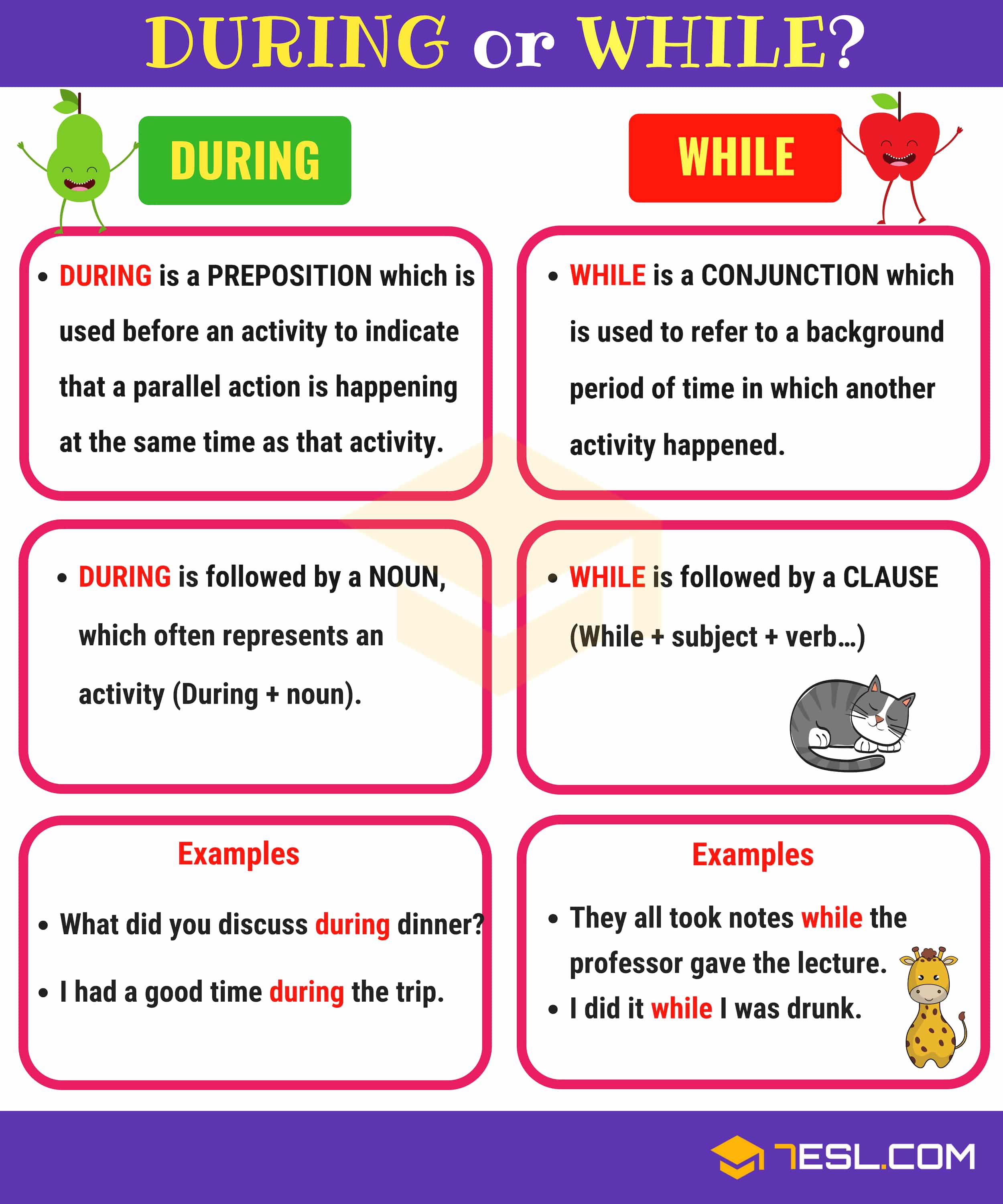