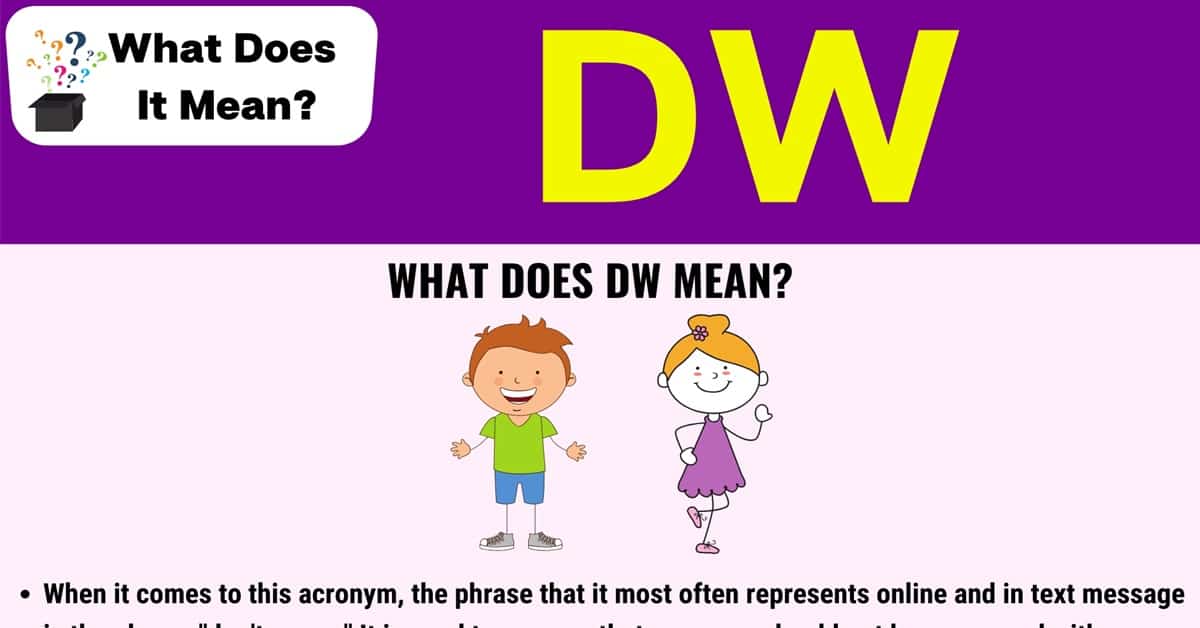 The acronym “DW” is actually representative of a phrase that you have probably heard many times before. Here you will find the most likely meaning of this term when it is being used, in addition to some information about its origin, if those details are available, and some alternative meanings.

Some example conversations are provided for you here as well so you can see how this term is properly used in conversation. Finally, you will see some other phrases that can be used as a substitution for the phrase that this acronym represents without changing its original meaning.

What Does DW Mean?

When it comes to this acronym, the phrase that it most often represents online and in text message is the phrase “don’t worry.” It is used to express that someone should not be concerned with something or upset about things. It is also popularly used to mean that someone doesn’t have to do something because you or someone else is going to do it instead.

Like most acronyms, this acronym is also used to represent other terms as well including random phrase, official titles of businesses, etc. There are too many to list all of them here, but a small representative handful of other things this acronym can stand for are “Date Warehouse,” “Disney World,” “Deep Water,” “Dishwasher,” and “Dead Weight.”

There is no specific origin information available regarding this phrase or the acronym used to represent it. However, this is a phrase that had become a well-known part of everyday language well before the internet and text message were invented. Like most other well-known phrases were absorbed by common speech on the internet and text messaging, this term was reduced to being represented by this acronym to make it quicker, easier, and more convenient to type rather than typing out the whole phrase.

A conversation between sister and brother via text message.

There are several phrases that you could use to replace this acronym and the phrase it happens to represent. Some other phrases you could use instead include: 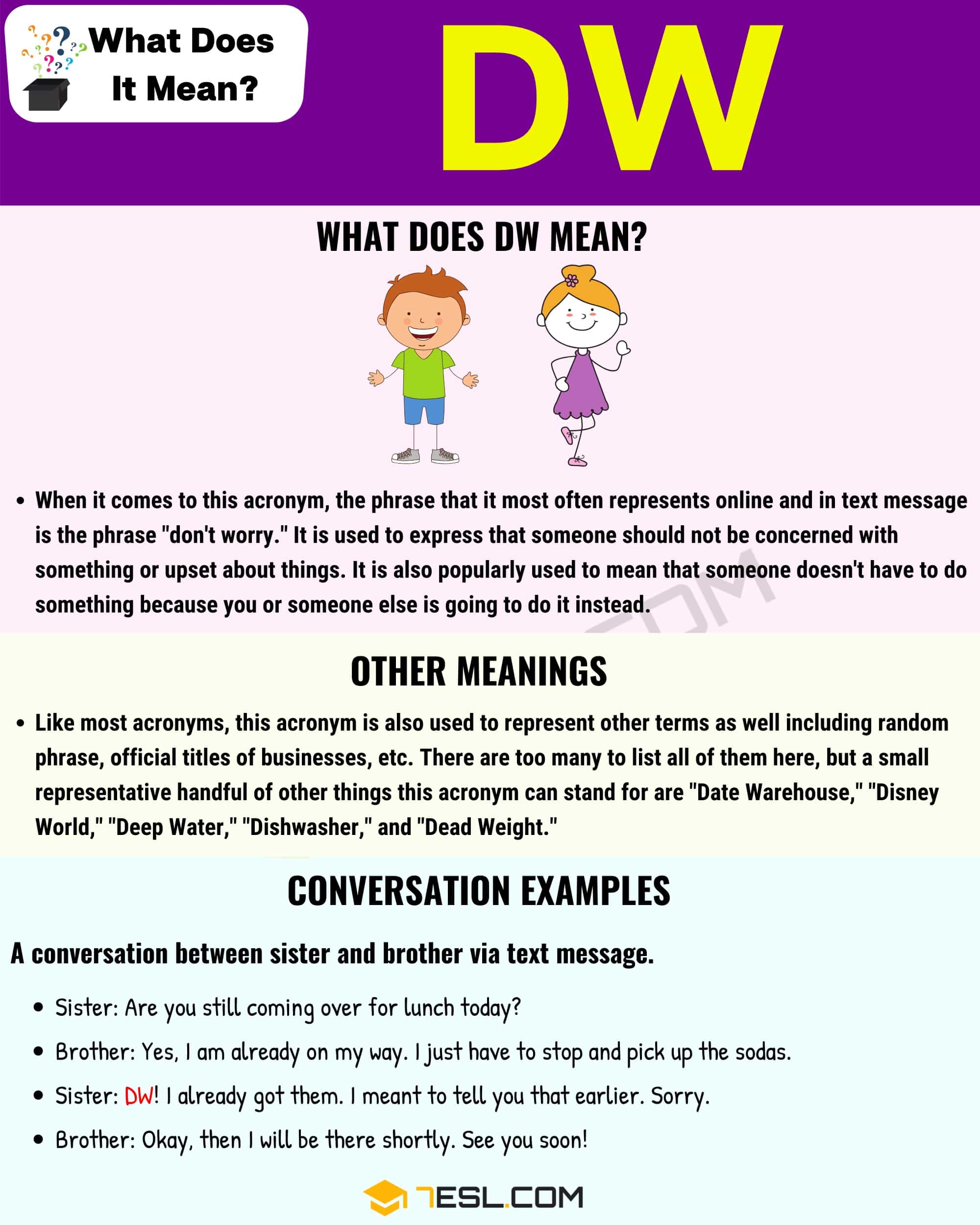