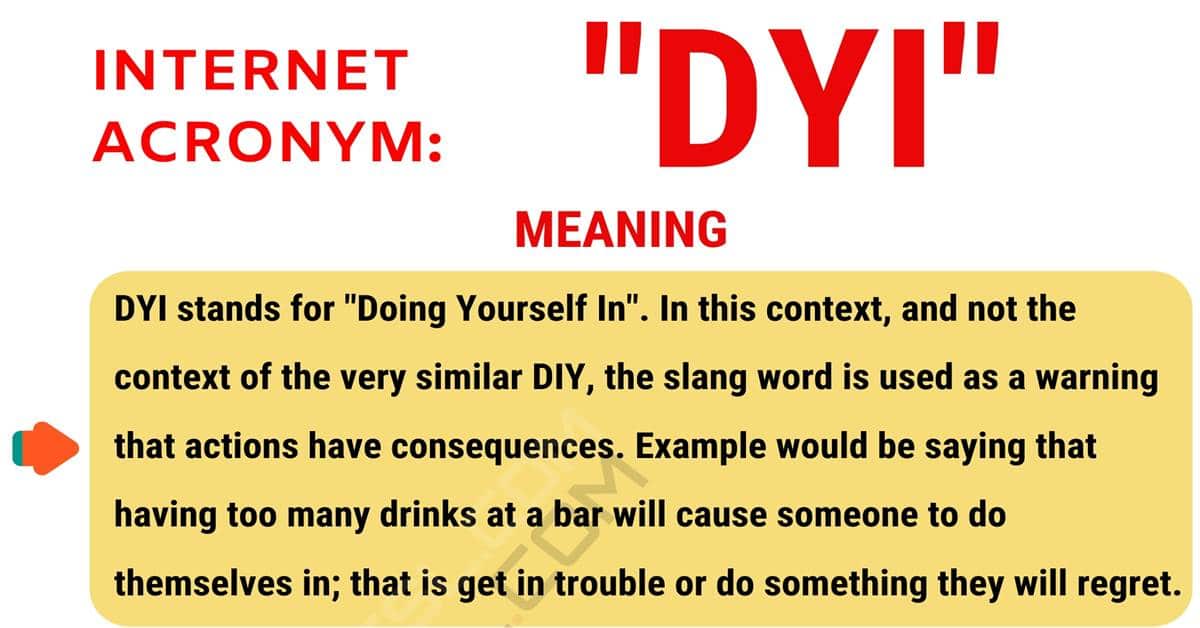 DYI is an acronym that shouldn’t be confused with “DIY”. In this lesson, you will learn how to use the acronym DYI in English with definition, origin and example conversations.

What Does DYI Mean?

DYI stands for “Doing Yourself In”. In this context, and not the context of the very similar DIY, the slang word is used as a warning that actions have consequences. Example would be saying that having too many drinks at a bar will cause someone to do themselves in; that is get in trouble or do something they will regret.

The likely origin of DYI is the early 2000s and with text messaging. While there is some debate if the first DYI was a misspelling of DIY, the slang stuck around regardless. By the mid-2000s its usage began to seep online on both message boards and forums before seeing usage on social media platforms such as Facebook and Twitter. Given that “doing yourself in” is something that can happen to anyone for a variety of reasons, this slang is likely to stick around.

There are no other recorded meanings of this slang.

“OMG! I talked to Jessica about her new prom dress and told her if she bought it she would totally DYI. But she wasn’t listening at all. Jessica, sweetie, if you’re reading this please reconsider your dress. It’s ugly. I say this with love!”

As mentioned several times before, DIY and DYI are not the same slang word. DYI, like all acronyms, can be spelled in either all lowercase or capital letters. 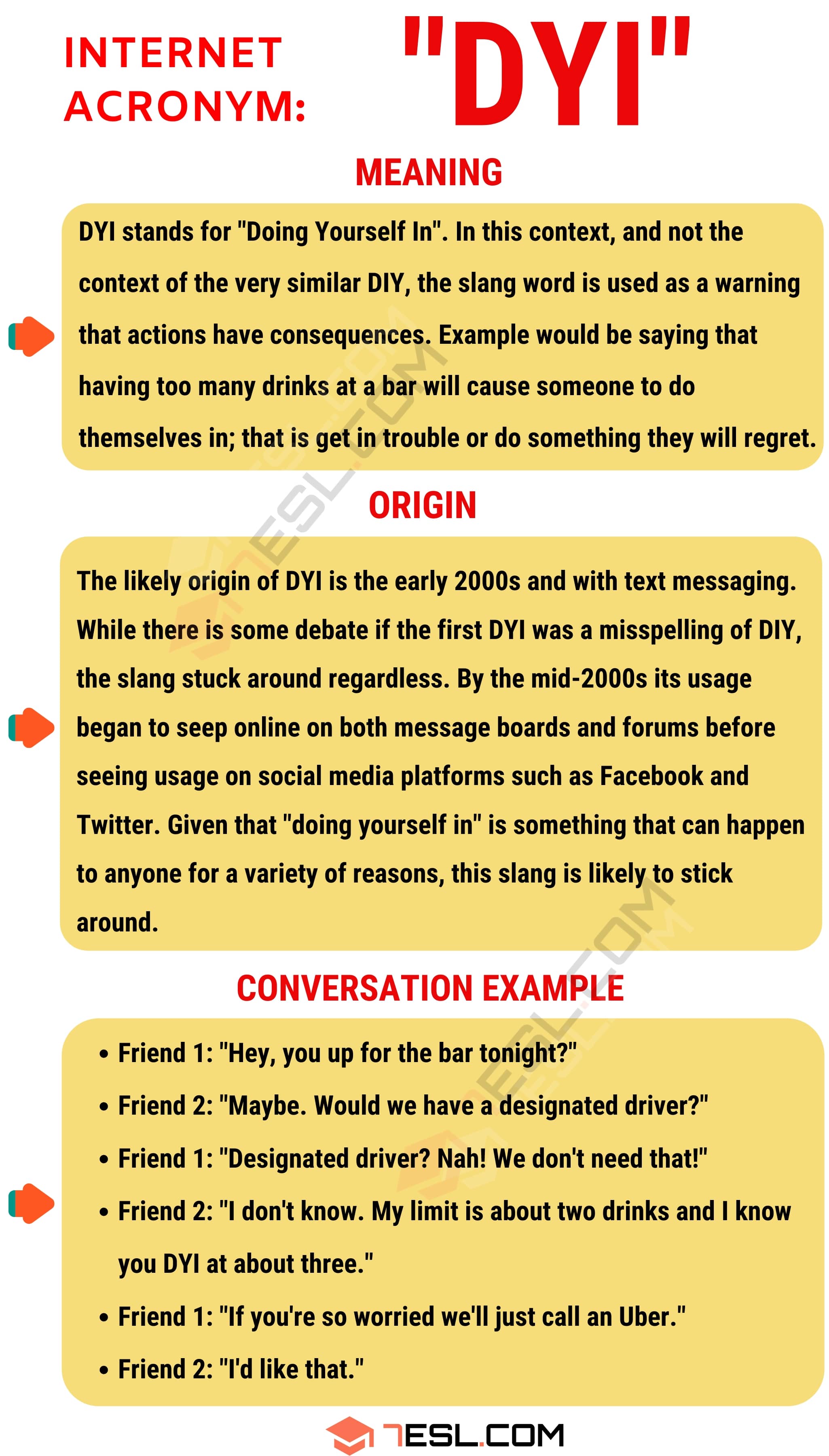