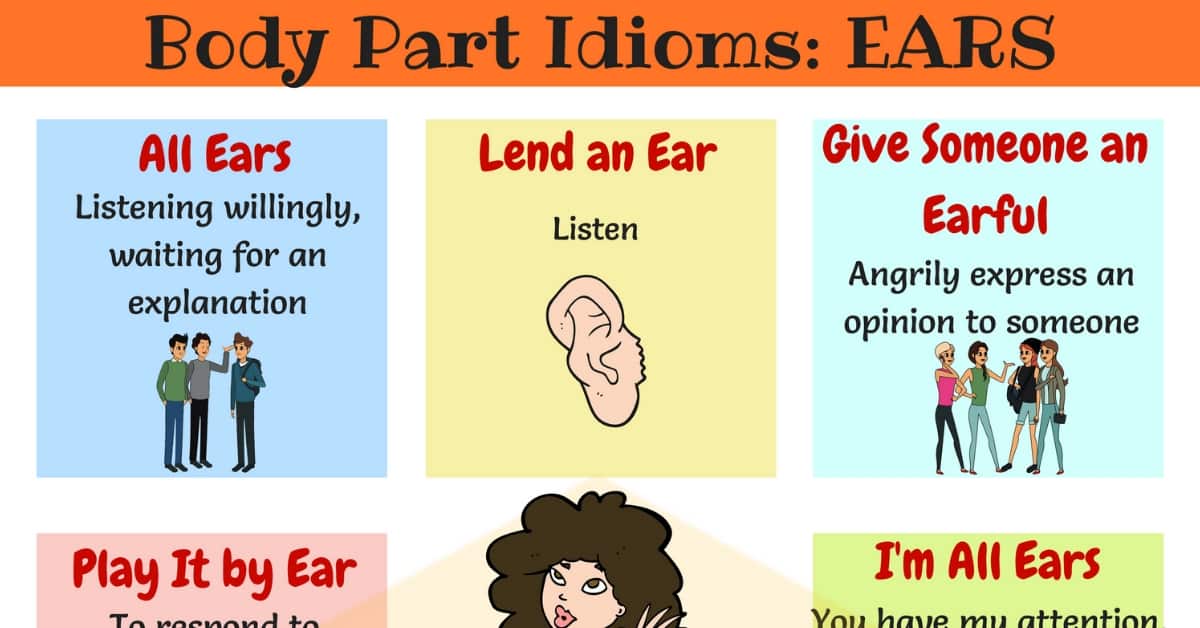 EAR Idioms with Meaning and Examples

Give Someone an Earful

Play It by Ear

That’s Music to My Ears

The Walls Have Ears

Wet Behind the Ears 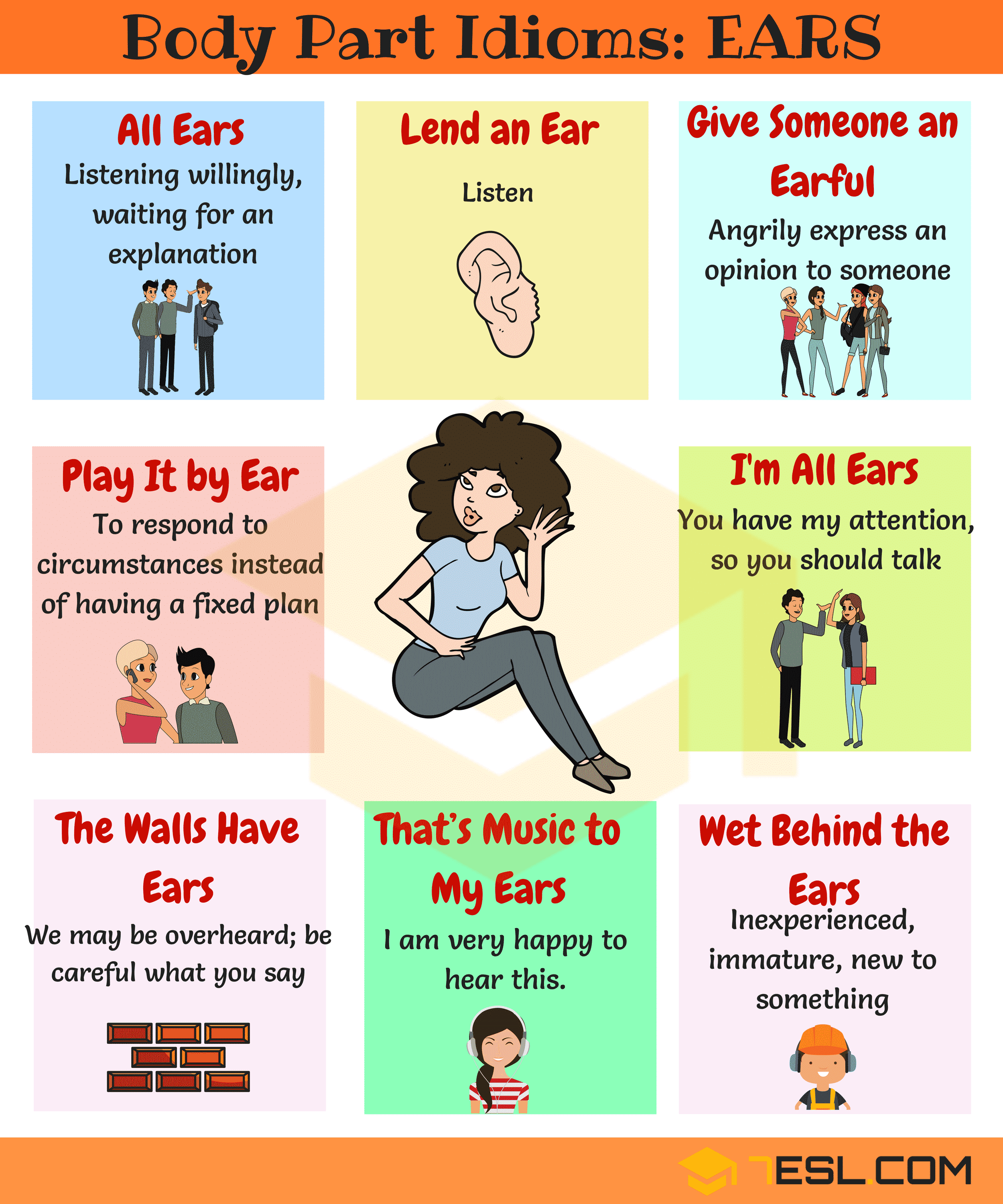