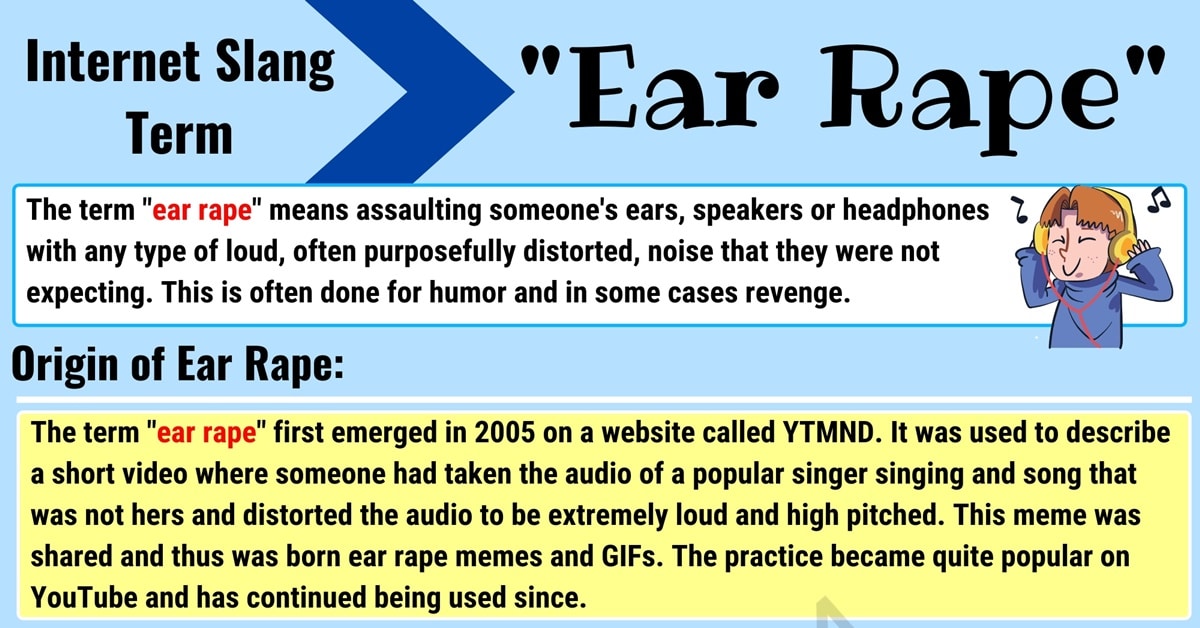 The slang phrase “ear rape” has been used on the internet for many years. Odds are you have heard this term before, but you found your way here because you want to know what it means.

Here you will not only find the meaning of this term, but you will also discover it’s origin, find some other meanings if there are any available, and see some conversation examples to help you better understand the phrase by seeing it used in context. Finally, the article will sum up with some alternative words or phrases with similar meanings that you can use in place is the term “ear rape.”

What Does Ear Rape Mean?

The term “ear rape” means assaulting someone’s ears, speakers or headphones with any type of loud, often purposefully distorted, noise that they were not expecting. This is often done for humor and in some cases revenge.

The term “ear rape” first emerged in 2005 on a website called YTMND. It was used to describe a short video where someone had taken the audio of a popular singer singing and song that was not hers and distorted the audio to be extremely loud and high pitched. This meme was shared and thus was born ear rape memes and GIFs. The practice became quite popular on YouTube and has continued being used since.

Some people define the term “ear rape” to mean being forced to listen to a genre of music they don’t like or any artist they particularly dislike. For most people, the artists seem to be Justin Bieber or Nickelback.

There are several words or phrases that you could use as synonyms for the phrase “ear rape.” Some of these include: 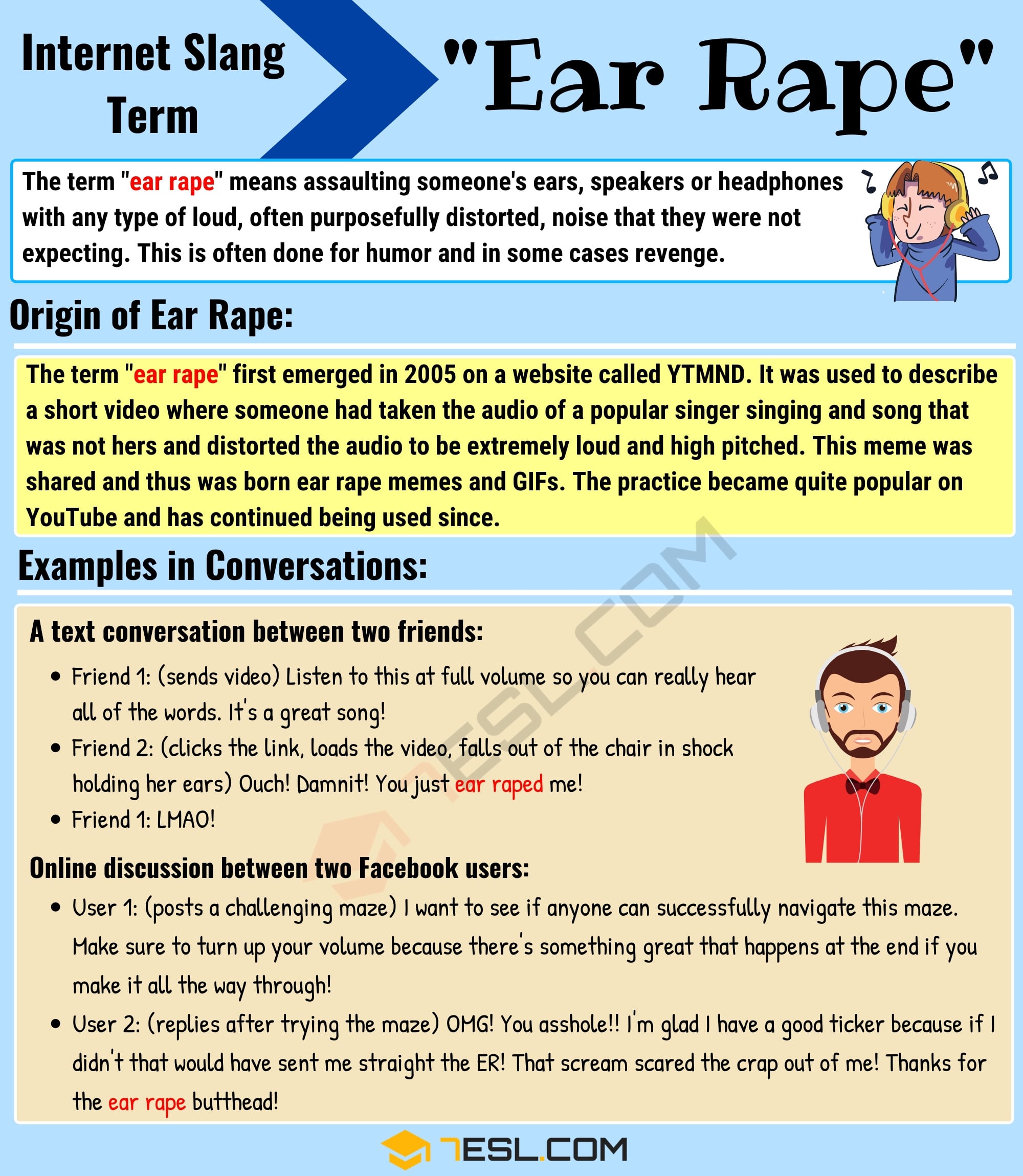