Are you searching for the meaning of the idiom “Eat Your Heart Out”? Idioms are figurative words that make up a phrase to convey a thought or a feeling. Idioms have been used widely throughout history, typically over hundreds or even thousands of years. One popular idiom is “eat your heart out.” Here you will find the meaning of this phrase, the origin of its use, examples of how to use this idiom properly in everyday conversations/statements and other ways to say the same thing.

Eat Your Heart Out

Eat Your Heart Out Meaning

The meaning of the phrase “eat your heart out” is to be jealous over someone else’s accomplishments or good luck.

The phrase “eat your heart out” was originally seen in a work of Homer titled the Illiad. The idiom became popular in the 1500s and has endured as part of the English language since. However, today the phrase is typically stated amusingly, but it did not start that way. Originally it was used to convey the feeling of having strong emotions for someone or being extremely worried about something.

“Eat Your Heart Out” Examples

A statement made by one teammate to another teammate.

A statement made by one student to another.

Other Ways to Say “Eat Your Heart Out”

As is the case with most idioms, there are many literal ways to say “eat your heart out” that mean the same thing. Saying things like you should be jealous of me or you should be amazed by what just happened are other ways to convey the same feeling.

Eat Your Heart Out Meaning | Picture 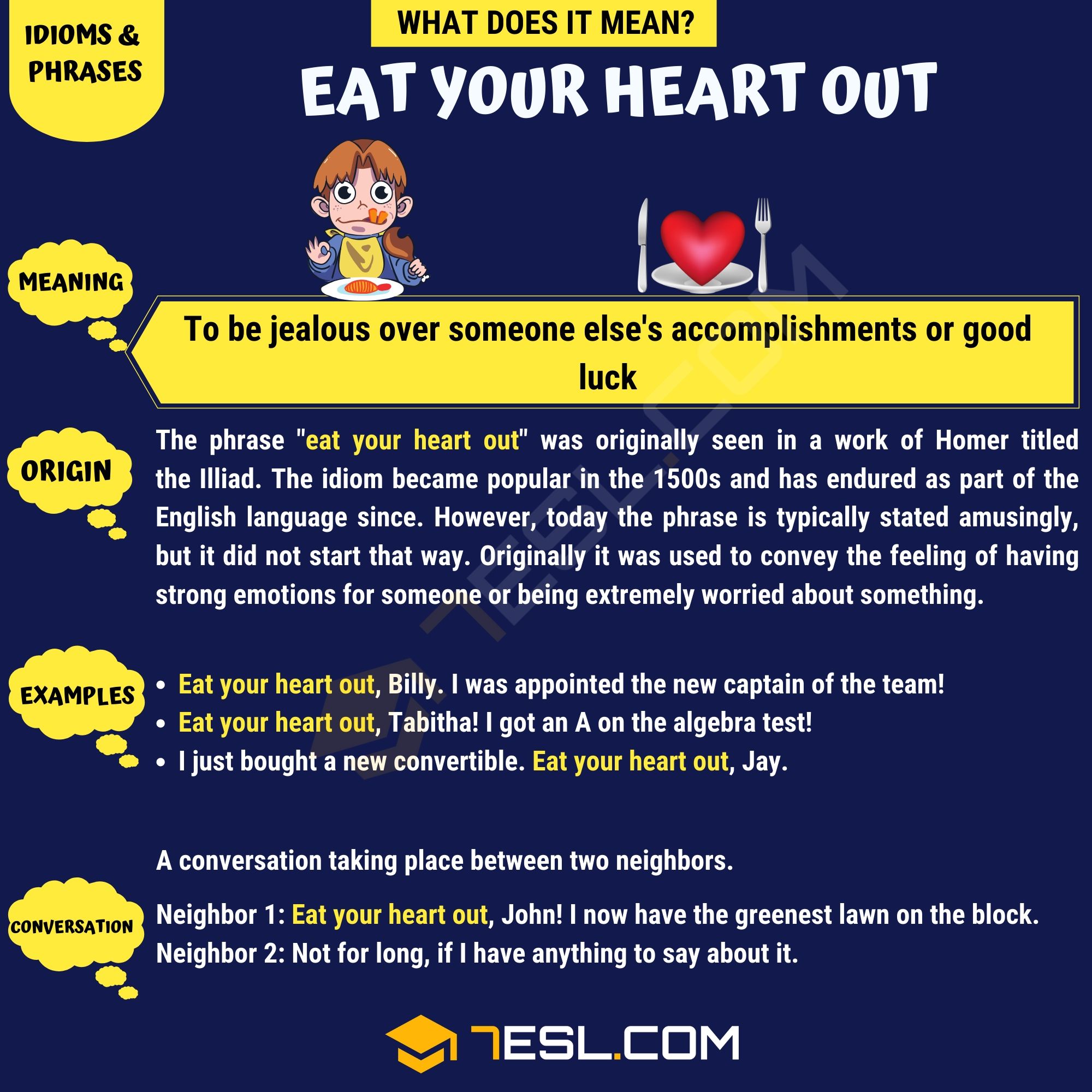