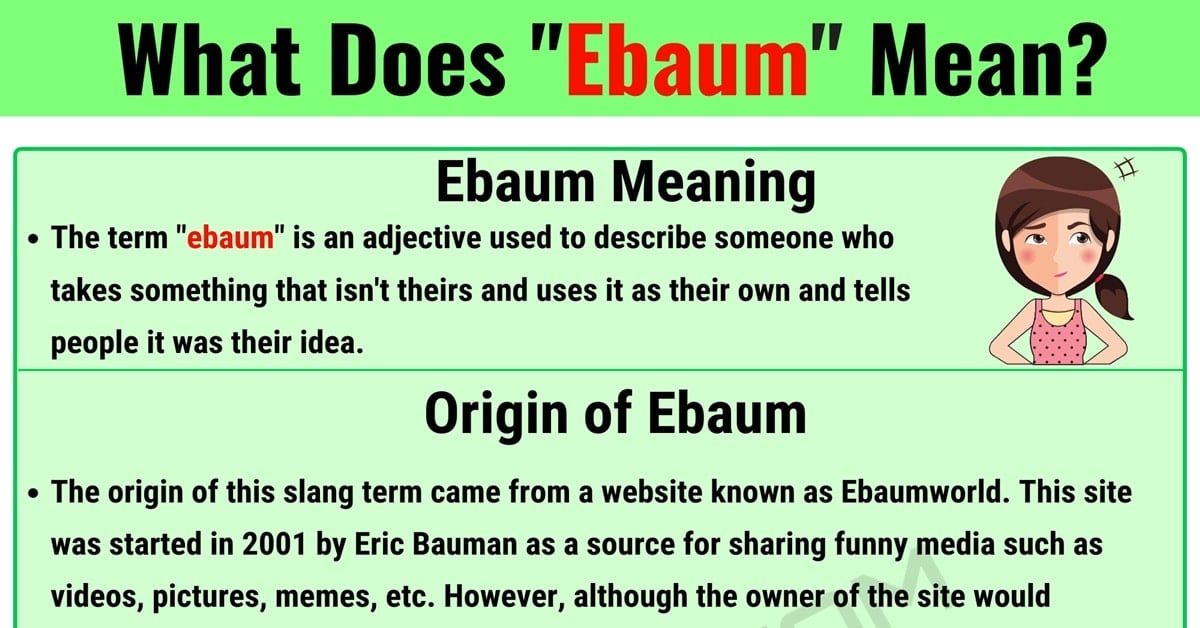 If you’ve been online for any amount of years, then you have most likely heard the internet slang term “ebaum.” However, you may know it to mean something entirely different than what it actually means. Here you will find the most current meaning, the story of its origin, and any other meanings of the term. You will also find some example conversations illustrating proper usage and some alternative words or phrases you can use in place of this term during a conversation.

The term “Ebaum” is an adjective used to describe someone who takes something that isn’t theirs and uses it as their own and tells people it was their idea.

The origin of this slang term came from a website known as Ebaumworld. This site was started in 2001 by Eric Bauman as a source for sharing funny media such as videos, pictures, memes, etc. However, although the owner of the site would watermark the material as his own, it was actually proven that most of the content was not his property. It was shown that it was mined from other places on the internet and ownership was stolen.

The only other known meaning of this term is that some say it is used sometimes as a nickname on the street for the drug ecstasy. 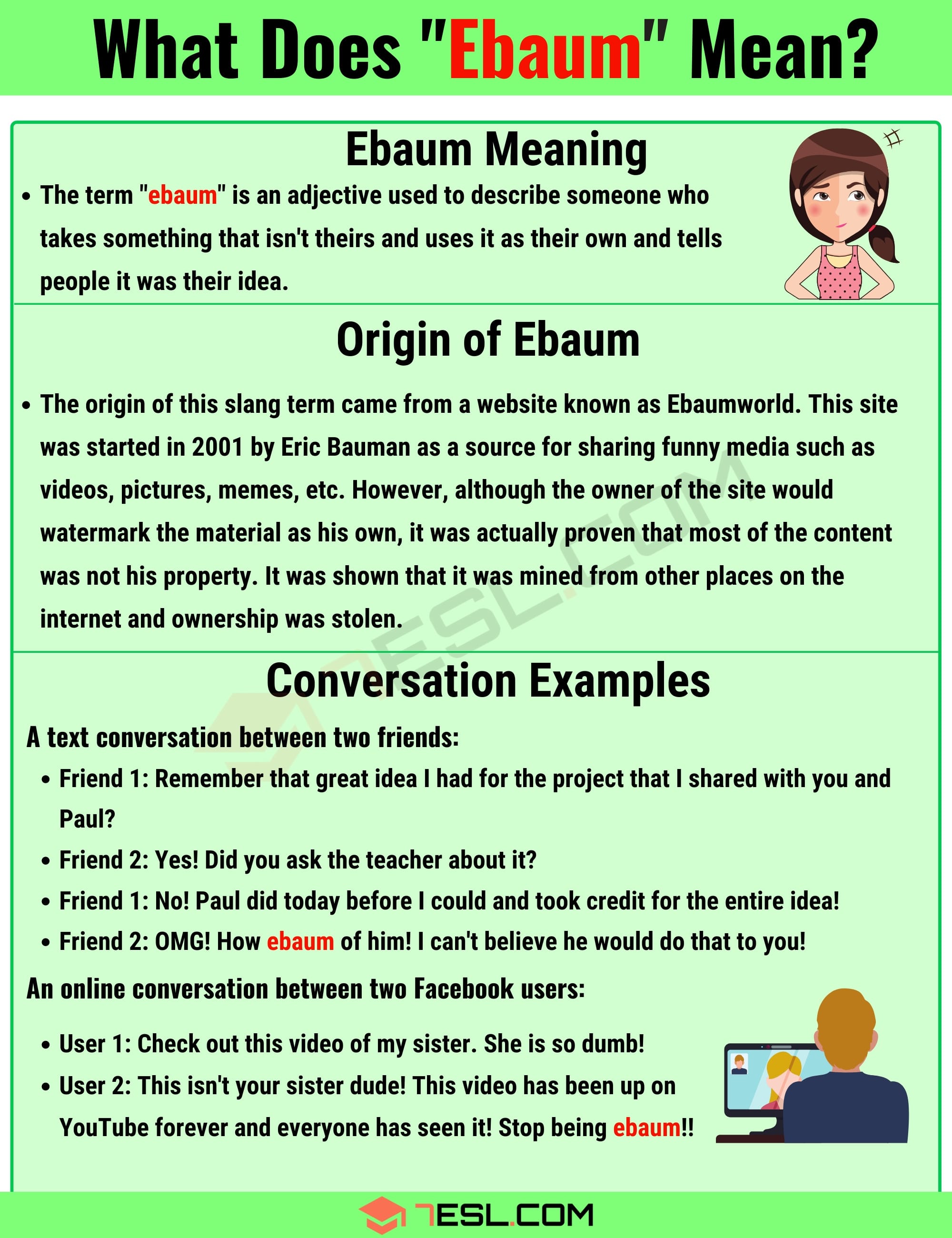