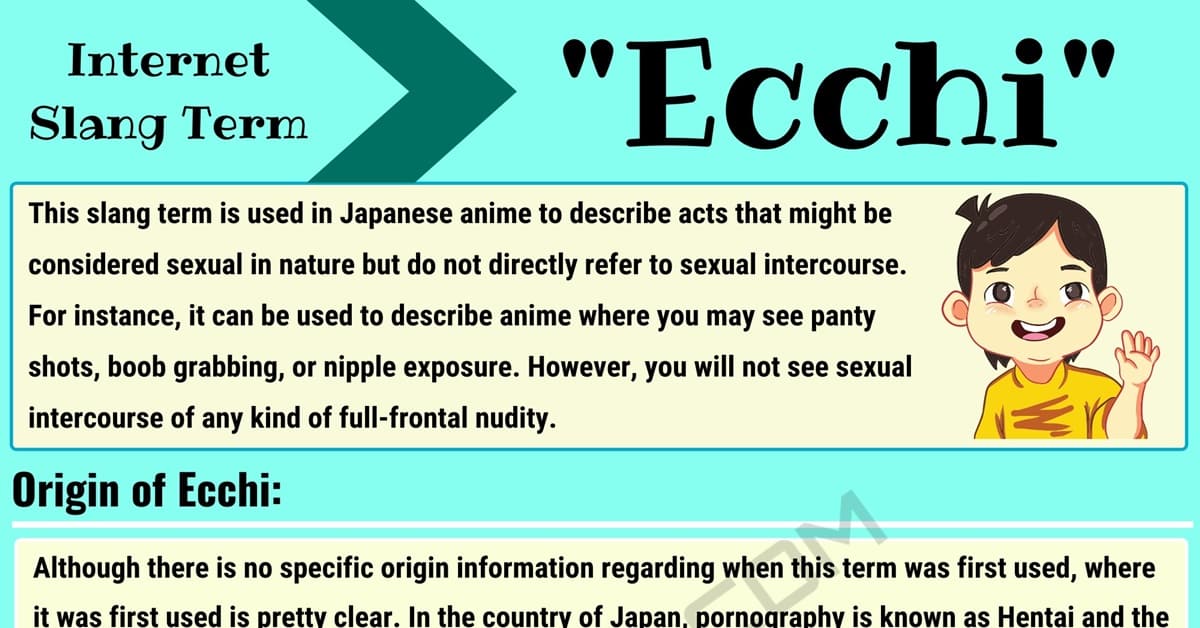 What does Ecchi mean? The only way you would be familiar already with this slang term is if you were a fan of anime or manga. If you have heard this term used and are not a fan of manga or anime, then you have come to the right place in order to learn its meaning, some information about its origin, and some other meanings that the term may have.

Conversation examples are also provided for you to better understand how the term is used in context and to gain a deeper understanding of its meaning. Finally, you will discover some other words or phrases that you may be able to use to replace this online slang term in a conversation without changing its original meaning.

What Does Ecchi Mean?

This slang term is used in Japanese anime to describe acts that might be considered sexual in nature but do not directly refer to sexual intercourse. For instance, it can be used to describe anime where you may see panty shots, boob grabbing, or nipple exposure. However, you will not see sexual intercourse of any kind of full-frontal nudity.

Other than the meanings mentioned in the meaning and origin sections, this term does not have any other meanings.

An online conversation between two users on a forum.

There are some phrases that you can use in place of this term that would keep the same meaning of the original term. Some other phrases you could use instead include: 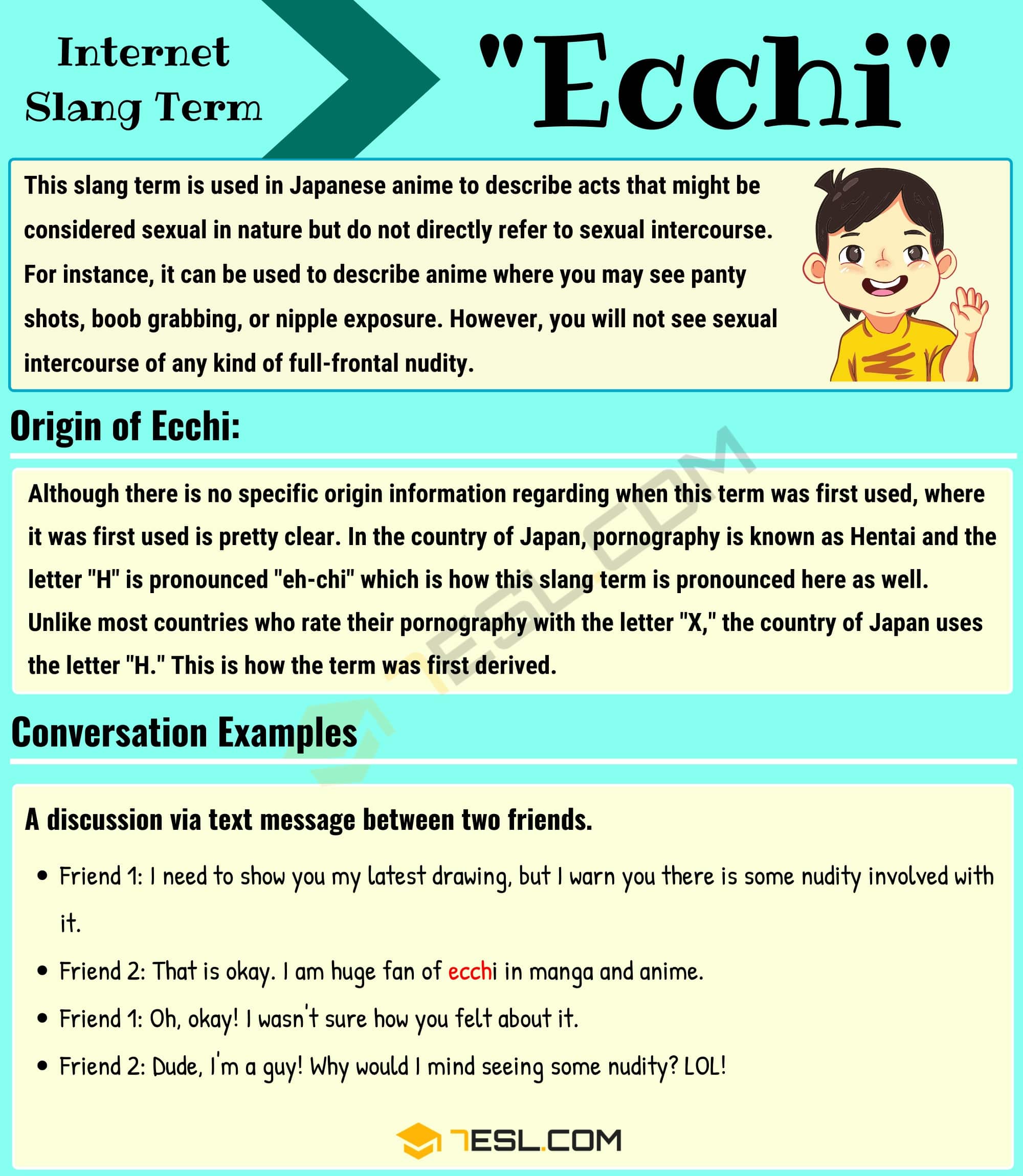