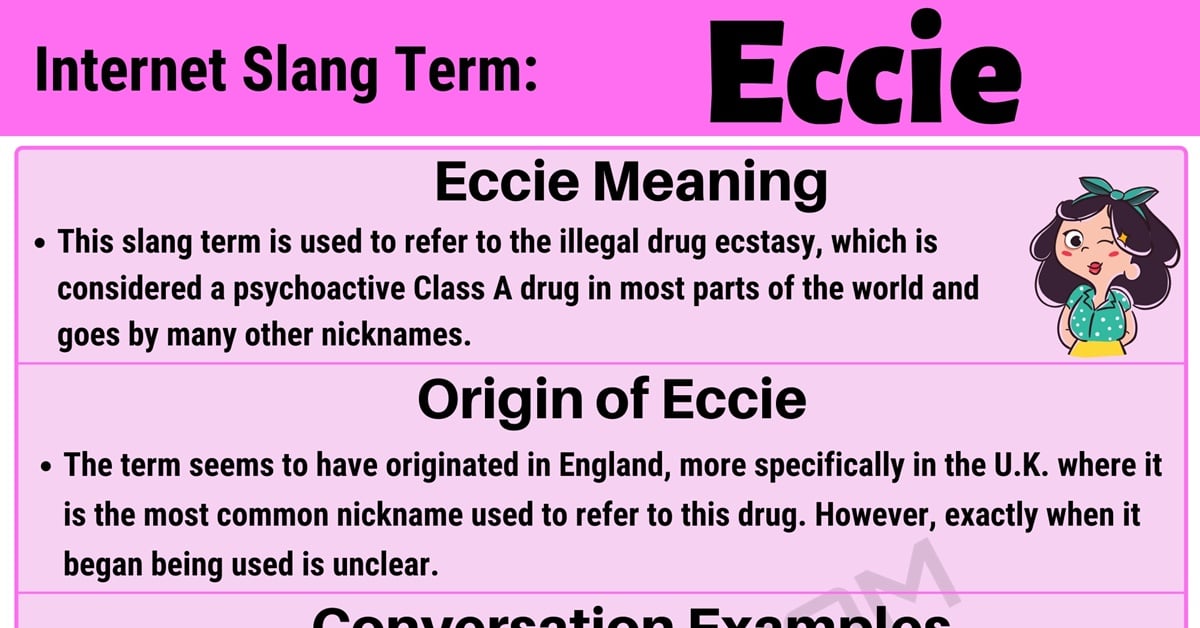 Eccie Meaning! Unless you currently work or have worked in law enforcement or some other area of law, you probably will not be familiar with this slang term. However, if you are just genuinely curious because you have seen or heard it used elsewhere, then you have come to the right page to answer all your burning questions.

Here you will find the meaning of this term, information about its origin, and other meanings if there are any to be found. You will also see some conversation examples that illustrate how the term is used correctly for you to garner an even better understanding. Finally, you will discover some alternative words or phrases that you can use interchangeably for this slang term.

What Does Eccie Mean?

This slang term is used to refer to the illegal drug ecstasy, which is considered a psychoactive Class A drug in most parts of the world and goes by many other nicknames.

The term seems to have originated in England, more specifically in the U.K. where it is the most common nickname used to refer to this drug. However, exactly when it began being used is unclear.

There are currently no other meanings known for this slang term.

There are several alternative words that you could use in substitution for this word since the actual drug has so many nicknames. Some of the other words you could use instead include: 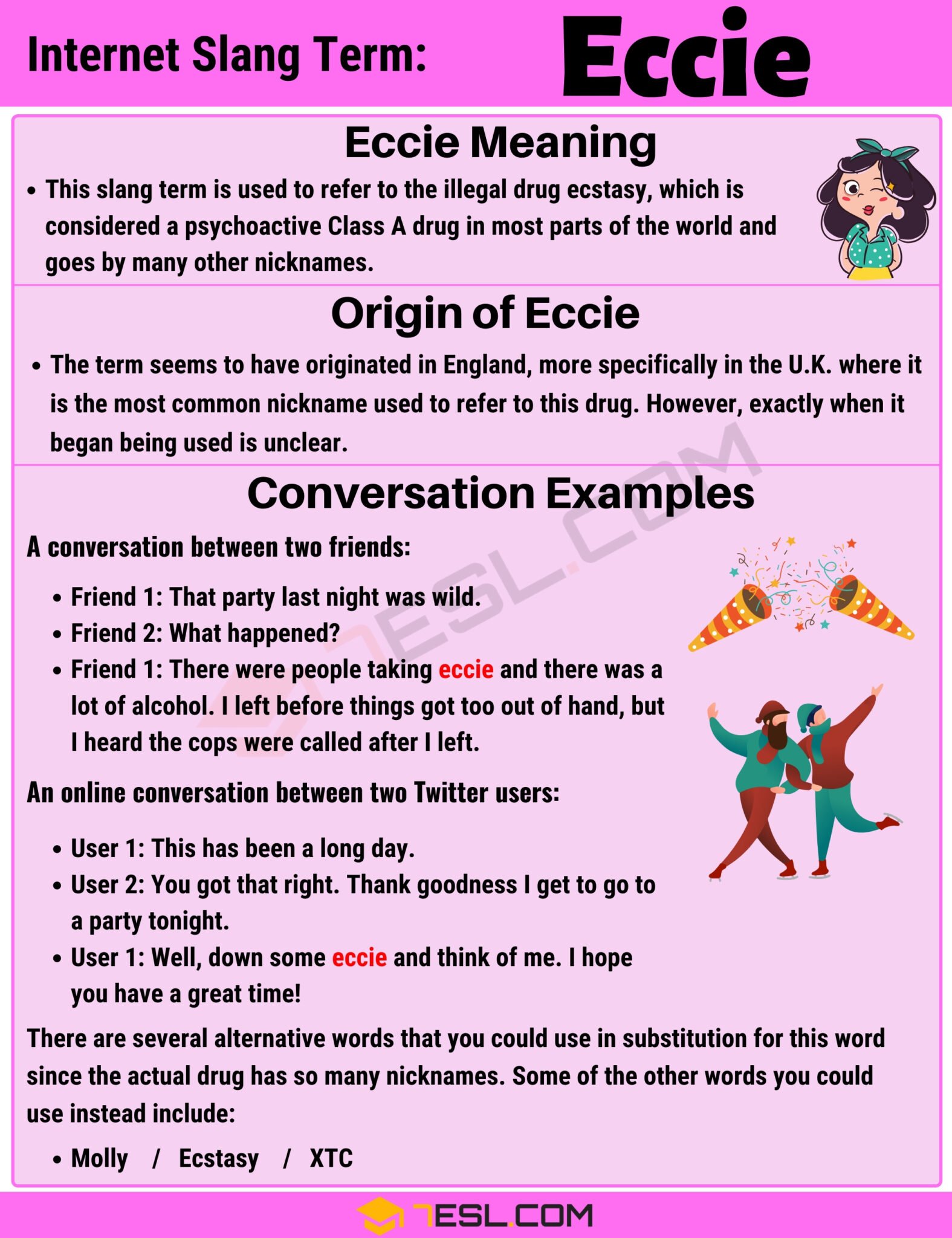