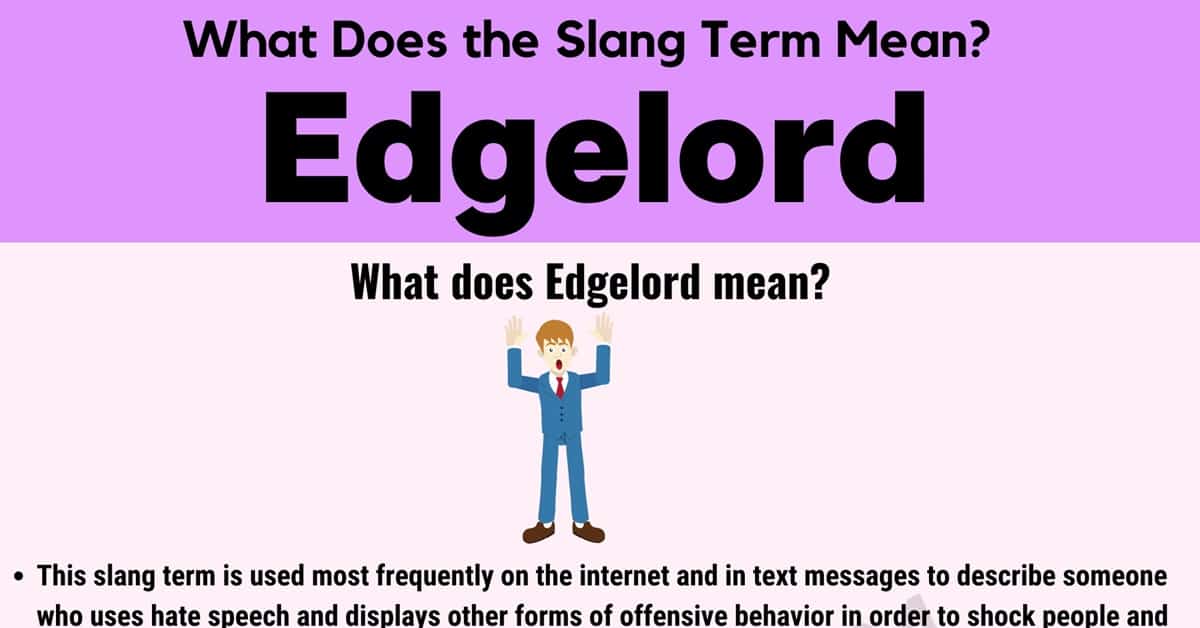 The slang term “edgelord” may be slightly difficult to understand at first until you see it used in context. It is one of the newest slang terms being used today. If you have encountered this term and were wondering its meaning, then you have come to the right place. Here you will find the meaning of this term, a bit of information about its origin, and some other meanings if there are any.

You will also find some conversation examples below so you can see how the phrase is used properly in context and to help you gain a deeper understanding of its meaning. Finally, you will discover some other words or phrases that you can use in place of this term that mean same thing.

What Does Edgelord Mean?

This slang term is used most frequently on the internet and in text messages to describe someone who uses hate speech and displays other forms of offensive behavior in order to shock people and get attention. They are typically everyday people offline who have mundane jobs and lives. It is someone who tries to seem edgy, but in reality are not.

The origin of this slang term is unknown concerning when and where it was first used. However, it can be said that it is a relatively new term that was not defined until 2018. What is known is that it is made up of a portmanteau of the words “edge” meaning someone who has an intense or sharp quality about them and “lord” meaning to have rule over something or someone.

Other than simply describing someone as edgy, there are really no synonyms that can be used in place of this term during a conversation that would not change its original meaning. 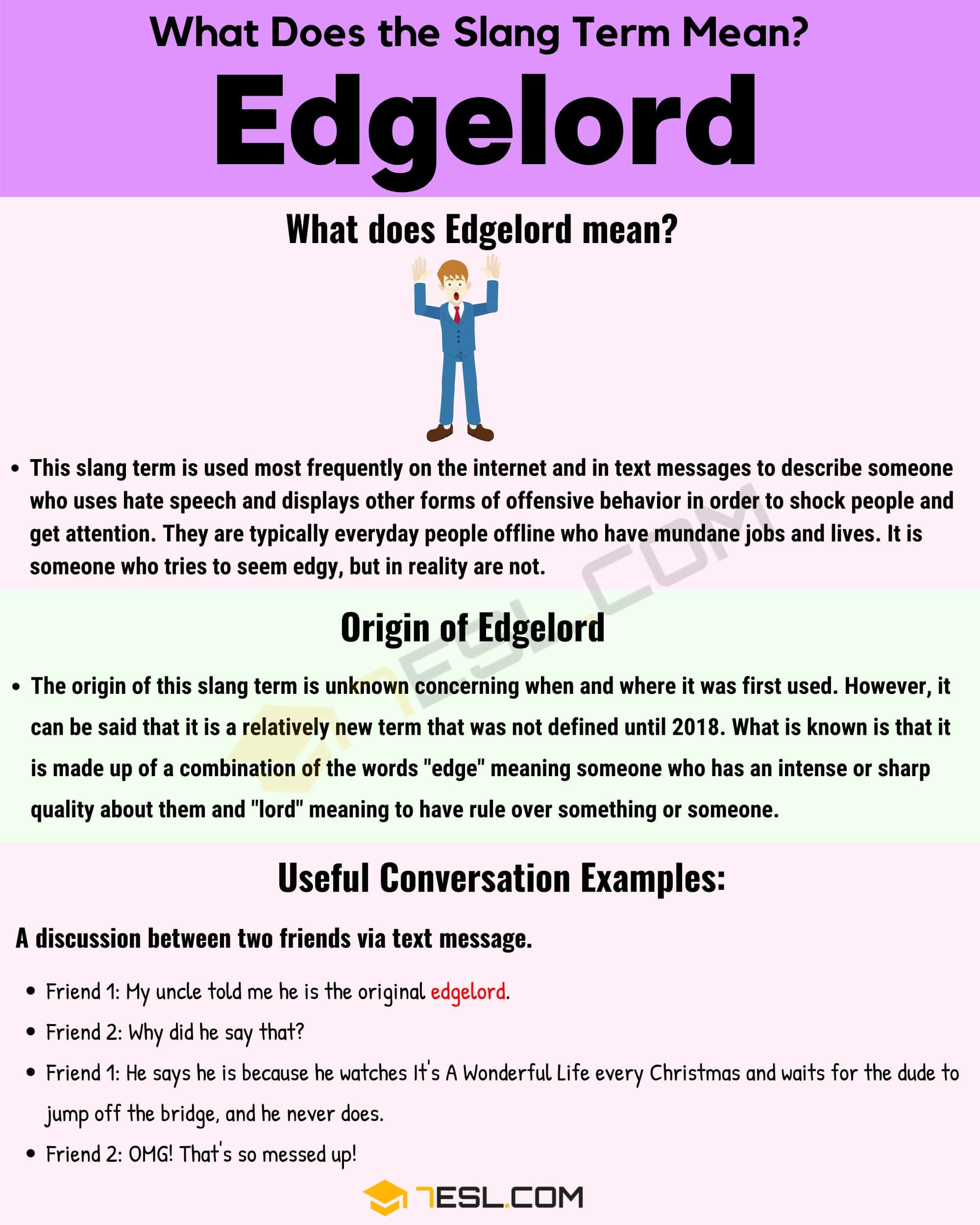