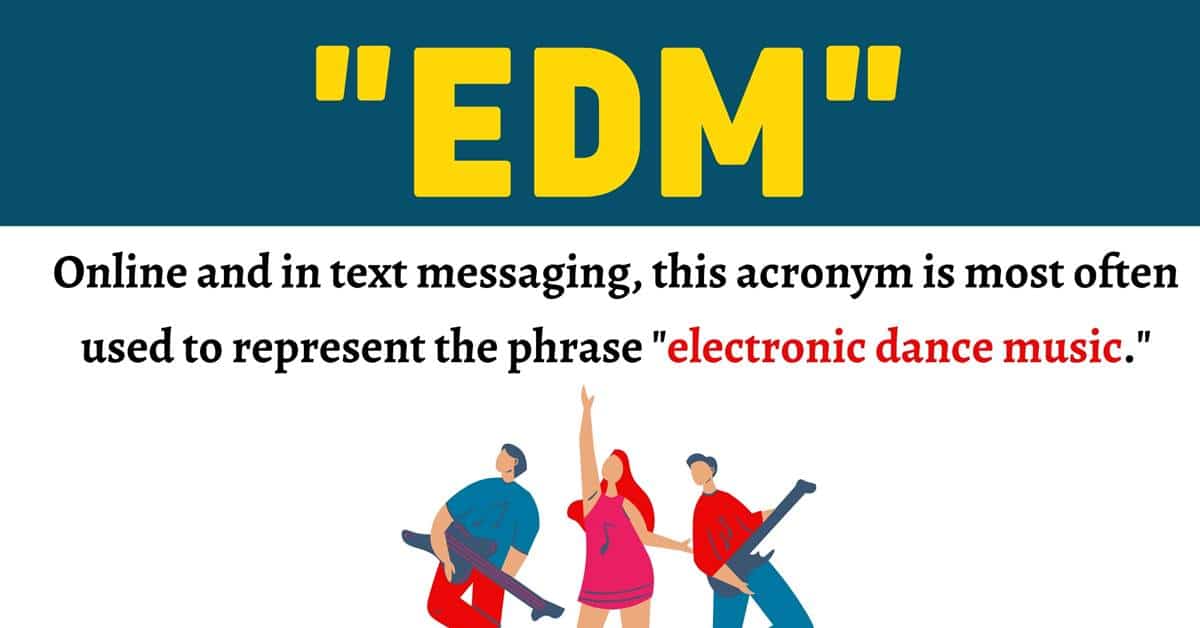 If you are into the club scene, then you most likely are familiar already with the meaning of the acronym “EDM.” However, if you are here looking for the definition of this term because you’ve just recently encountered it for the first time, then you have come to the right place. Here you will find the meaning of this term information about its origin and some other meanings. You will also discover some example conversations illustrating its proper usage and some like phrases that can be used in place of the acronym and the phrase that it typically represents.

What Does “EDM” Mean?

Online and in text messaging, this acronym is most often used to represent the phrase “electronic dance music.” This genre of music typically includes any electronic, dubstep, or house music that you would associate with a rave.

This style of music originated in the late 1980s and early 1990s in Europe. Although people in the US market had heard of it, those associated as fans of this style of music we’re also thought to be into drugs and other negative things. Due to these negative connotations by society, this genre of music did not become popular in the US until the new millennium when the rave culture was rebranded.

Other Meanings of “EDM”

A discussion among two friends via text message.

There are several synonyms that you could use in place of this acronym and the phrase it represents. Some of the other things you could say instead include: 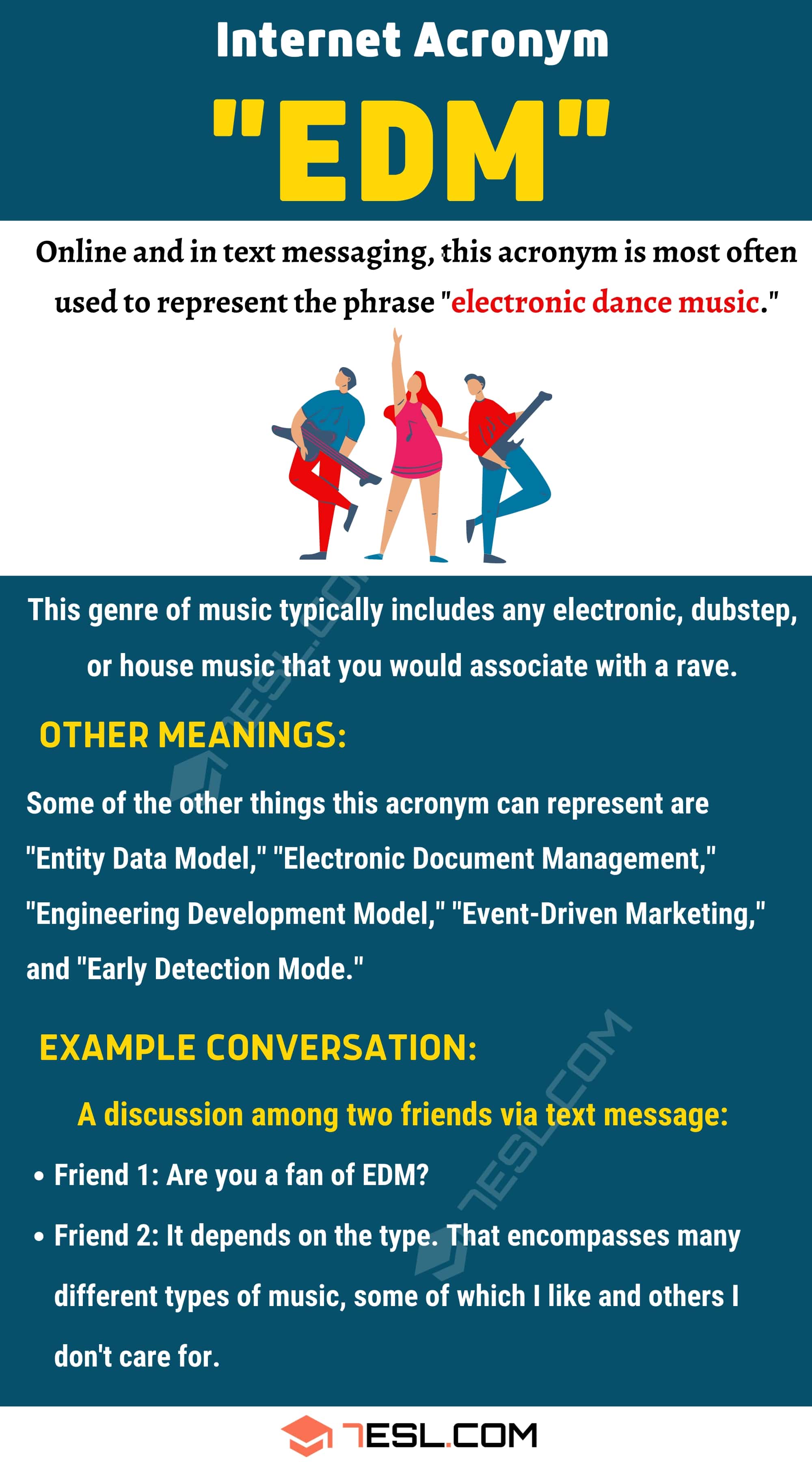