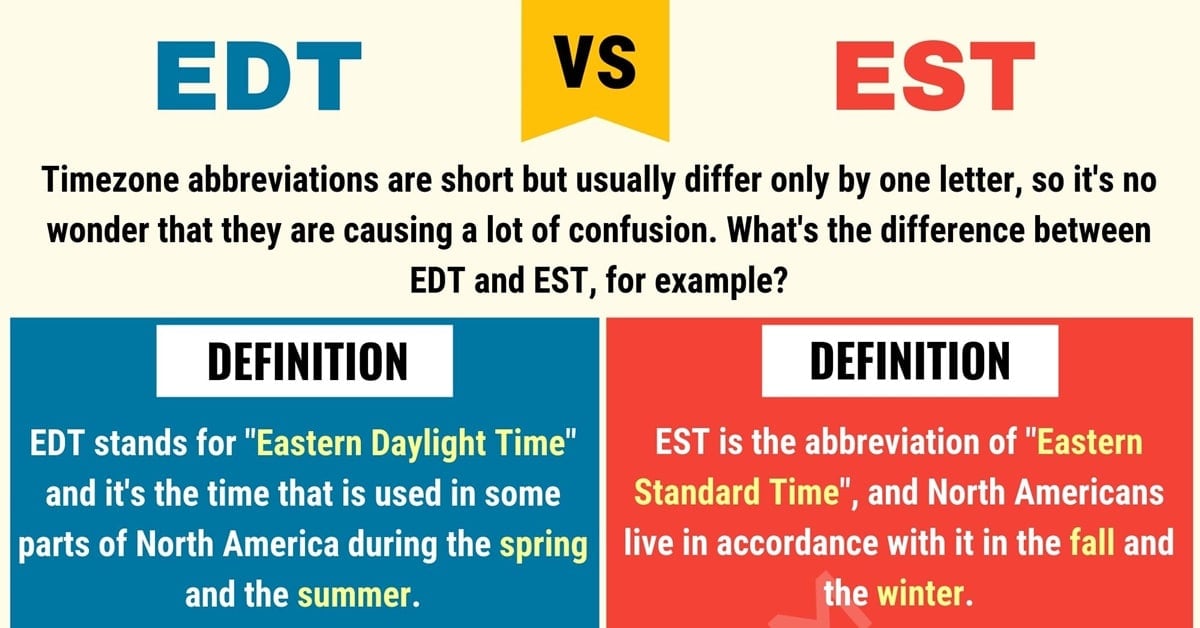 EDT vs. EST! Timezone abbreviations are short but usually differ only by one letter, so it’s no wonder that they are causing a lot of confusion. What’s the difference between EDT and EST, for example? Of course, there’s nothing wrong with always googling the abbreviation when you stumble upon it in a text, but maybe your life will be a tiny bit easier if you clearly understand and remember the difference once and for all.

EDT stands for “Eastern Daylight Time” and it’s the time that is used in some parts of North America during the spring and the summer. In contrast, EST is the abbreviation of “Eastern Standard Time”, and North Americans live in accordance with it in the fall and the winter.

The Eastern Standard Time is five hours behind the Coordinated Universal Time, and this is why it can also be written as UTC-5. On the other hand, the Eastern Daylight Time is only four hours behind, so you can see at as UTC-4.

The reason why there are two different “times” in the same timezone is that it helps us take advantage of more hours of sunlight during summer. When we enjoy longer hours of daylight, it is believed that our activity and productivity are increased. 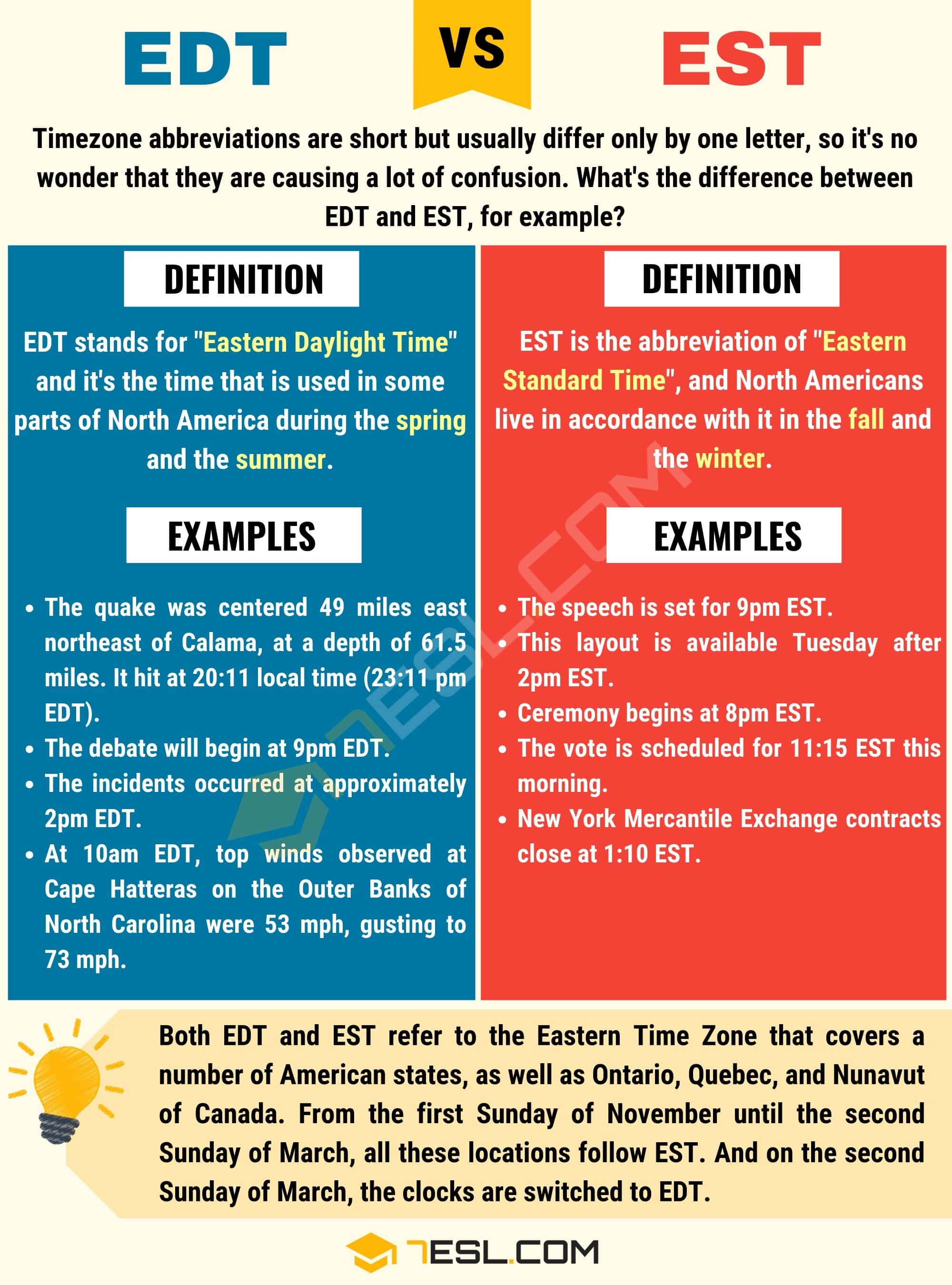 When to Use EDT vs. EST

Oh finally, a website that actually knows EDT vs EST