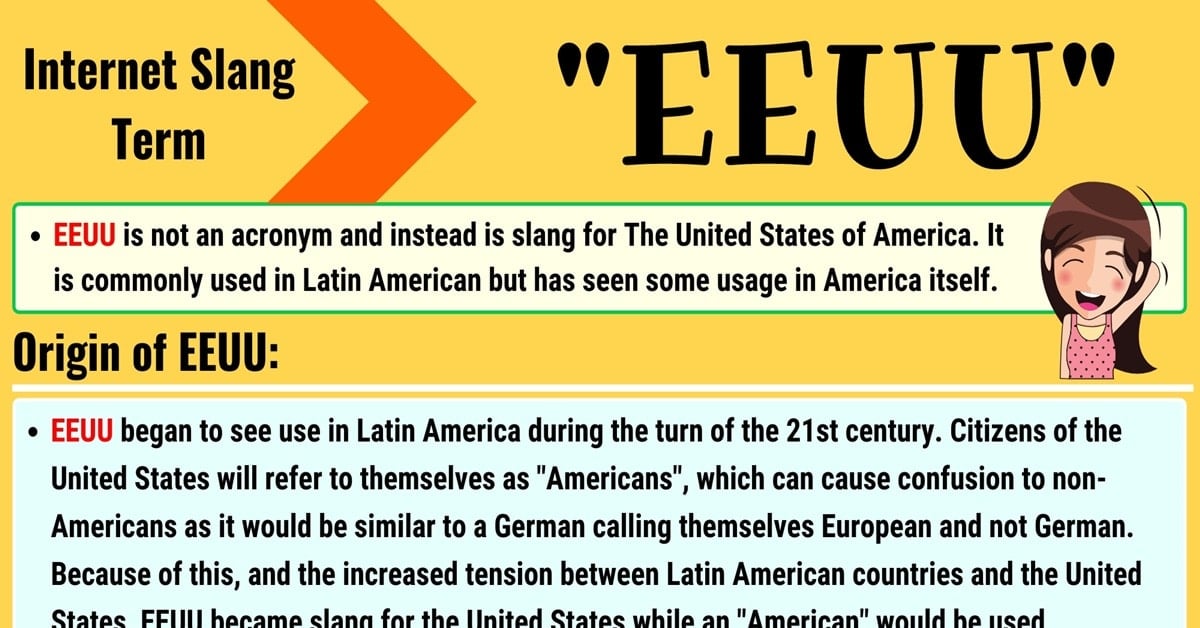 What does EEUU mean? Learn the definition, origin and when to use this interesting slang term EEUU in English with online conversations and ESL image.

What Does EEUU Mean?

EEUU is not an acronym and instead is slang for The United States of America. It is commonly used in Latin American but has seen some usage in America itself.

There is no other record usage of EEUU.

What’s the deal with people living in the EEUU calling themselves “Americans”? I know “United States Citizen” doesn’t roll off the tongue but if you go around calling yourself an American do I count as an American? I live in Mexico, same continent as you guys. Stop hogging the spotlight! #StopEEUU #AmericaIsAContinent 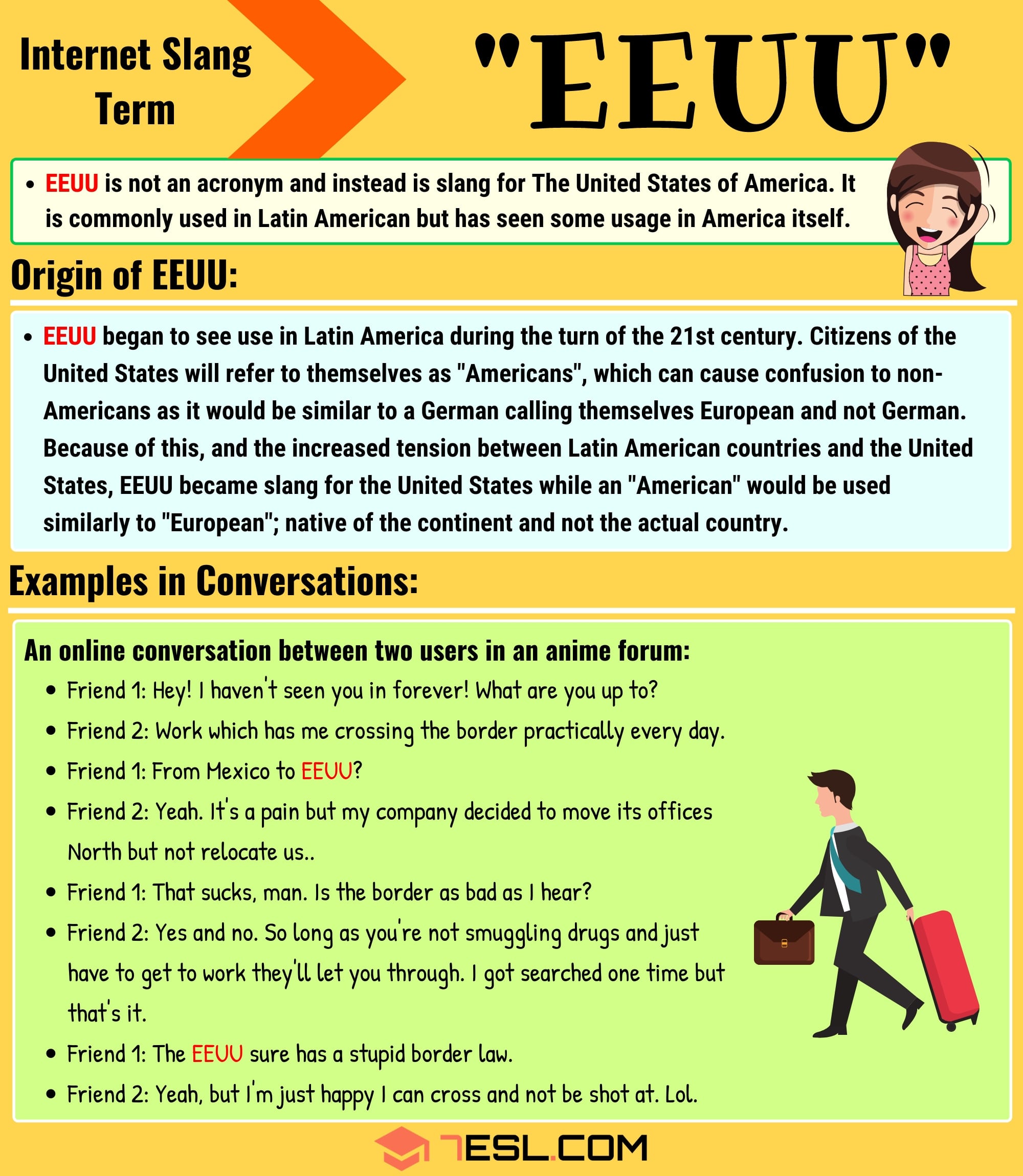 The adjective “American” to describe nationals of the United States is a long-established English language custom, as is describing things that originate from the United States. This custom also exists in other languages. The name, United States of America, has the name “America ” within it, whereas no nation in Europe incorporates the continental name into it. This is why native English speakers use the term “American” in this way. “America” by itself is synonymous with the United States in English, and to refer to America as a continent in English is incorrect and would cause confusion. In English, the… Read more »