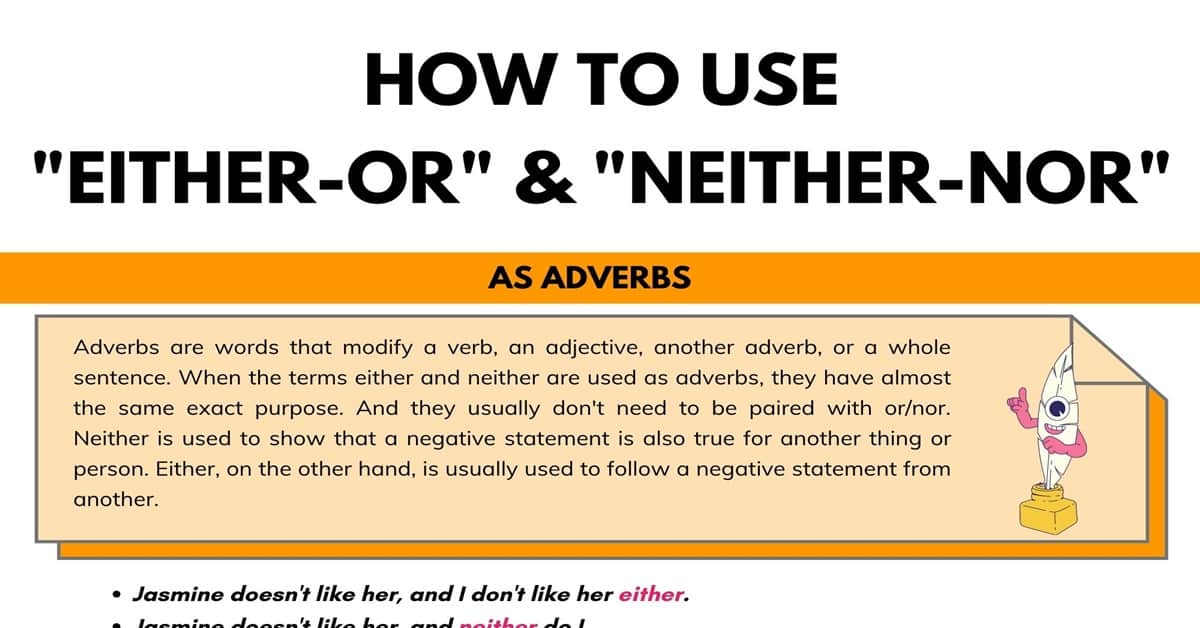 When to use “either or” and “neither nor”. The words either, neither, either or, and neither nor are used frequently but sometimes incorrectly. You might find it baffling to decide when to use either and when to use neither when writing a thought. Basically, either has a positive connotation, while neither implies a negative statement. Both are used to present choices or alternatives. They may function as adverbs, determiners, pronouns, or conjunctions in a sentence. Typically, either and neither don’t get paired with or/nor, except when they are used as conjunctions.

This article shall help you distinguish and use the words appropriately by tackling some rules and providing examples according to how they are used in a sentence.

Rules for Using Either Or And Neither Nor

Adverbs are words that modify a verb, an adjective, another adverb, or a whole sentence. When the terms either and neither are used as adverbs, they have almost the same exact purpose. And they usually don’t need to be paired with or/nor. Neither is used to show that a negative statement is also true for another thing or person. Either, on the other hand, is usually used to follow a negative statement from another.

Both either and neither can also be used as determiners or pronouns. Like when they’re used as adverbs, you also don’t have to pair them with or/nor. However, in this case, they have contrasting purposes. Either is used to indicate a choice of one or the other between two things or people. Neither, on the other hand, means not one nor the other. In other words, using neither means none of the two, while using either means any of the two. The object following either or neither should be singular. If you refer to a plural noun, you have to write it as an of-phrase. However, in either case, the verb is always in its singular form.

Subject-verb agreement for Either Or and Neither Nor

Either Or And Neither Nor Examples

Either Or And Neither Nor | Image 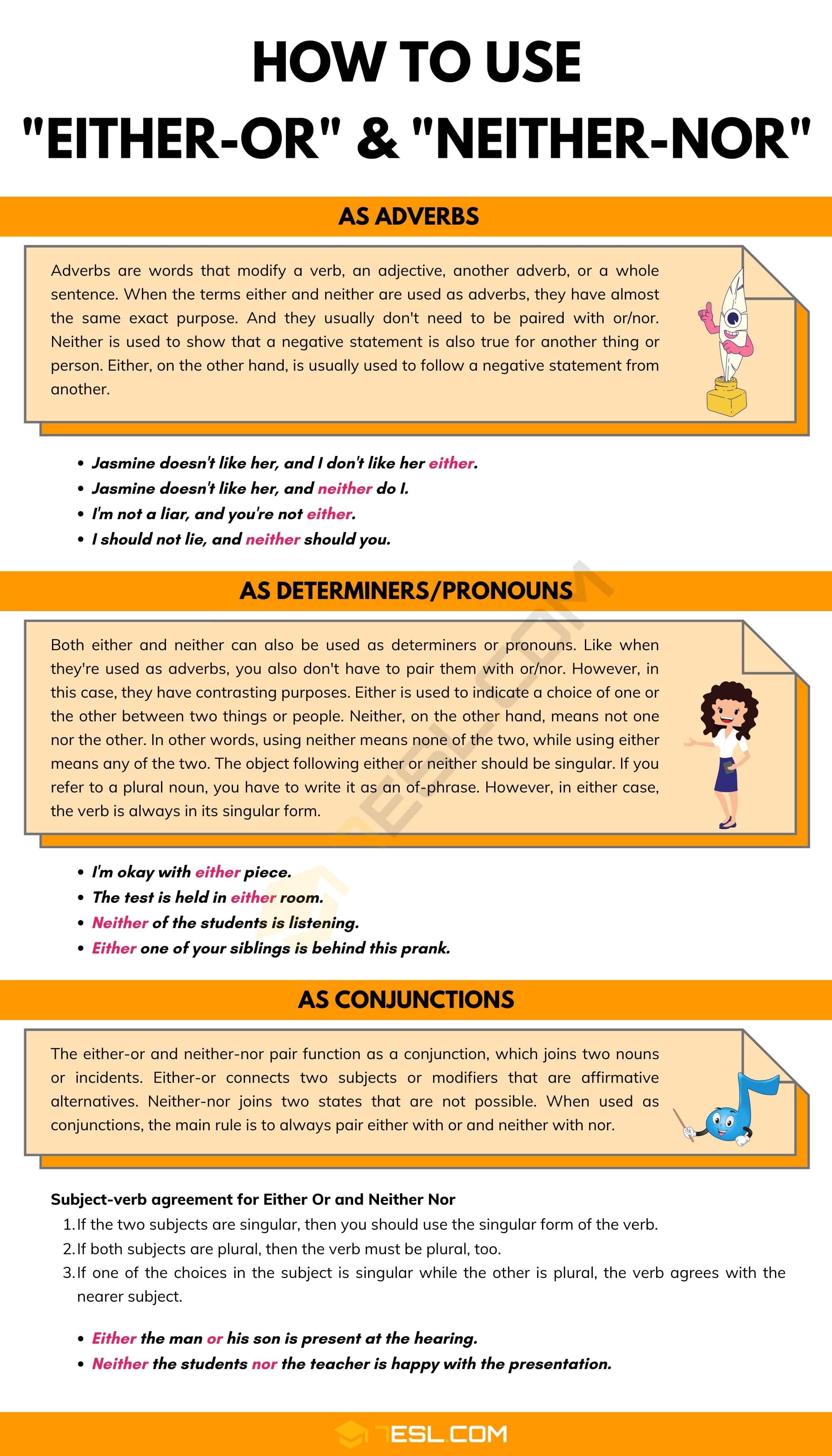 Thank you for the lesson, so explicit.