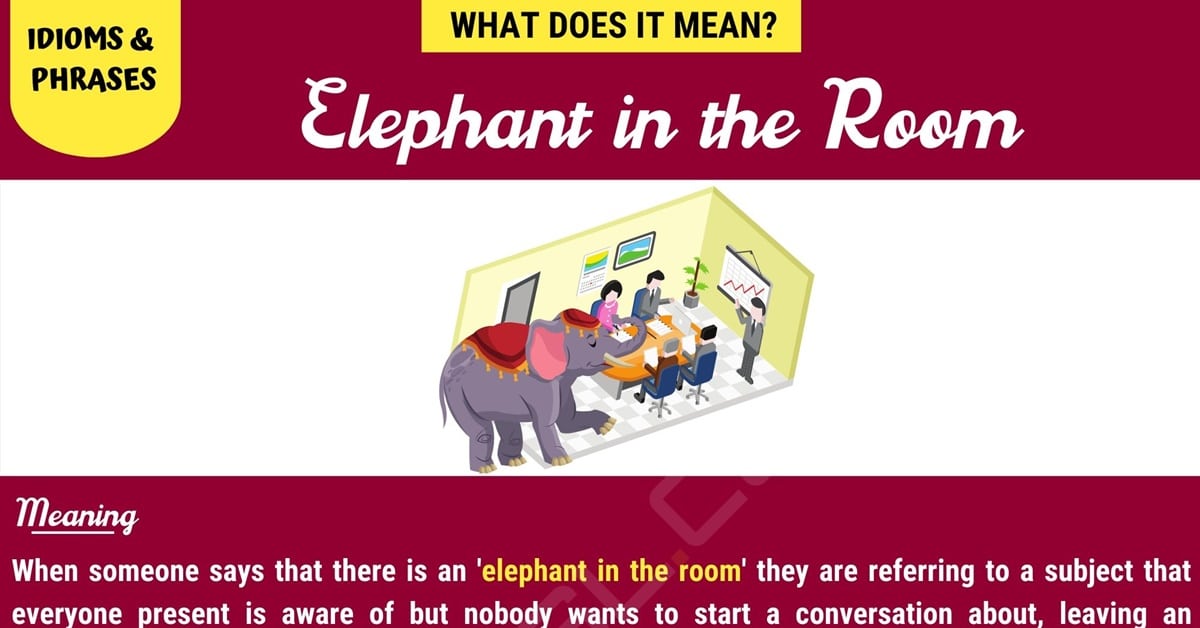 You may have heard someone use the phrase ‘the elephant in the room’ and wondered what on earth they were talking about. We are going to take a look at the meaning of this saying and where it derived from. We will also look at how you can use this phrase in a conversation.

“Elephant in the Room”

“Elephant in the Room” Meaning

When someone says that there is an ‘elephant in the room’ they are referring to a subject that everyone present is aware of but nobody wants to start a conversation about, leaving an awkwardness in the air.

The earliest written recording of this term in the sense it is used today was in 1952 in the Charleston gazette and referred to an Indian saying. The term was then used in a book from the 1980s aimed at children of alcoholics and how they might discuss the ‘elephant in the room.’

“Elephant in the Room” Examples

You might use this saying to describe the atmosphere in a room when there is a difficult topic of conversation that nobody wants to talk about. For example, you might say something along the lines of

You could also use the term to ask if an uncomfortable topic is going to be discussed. You could say

If you are curious about how this phrase would fit into a day to day conversation, here are some examples of how it would sound.

There are plenty of ways in which you might refer to an ‘elephant in the room.’ Some of the other ways you might say this could be like the following examples.

What Does “Elephant in the Room” Mean? | Picture 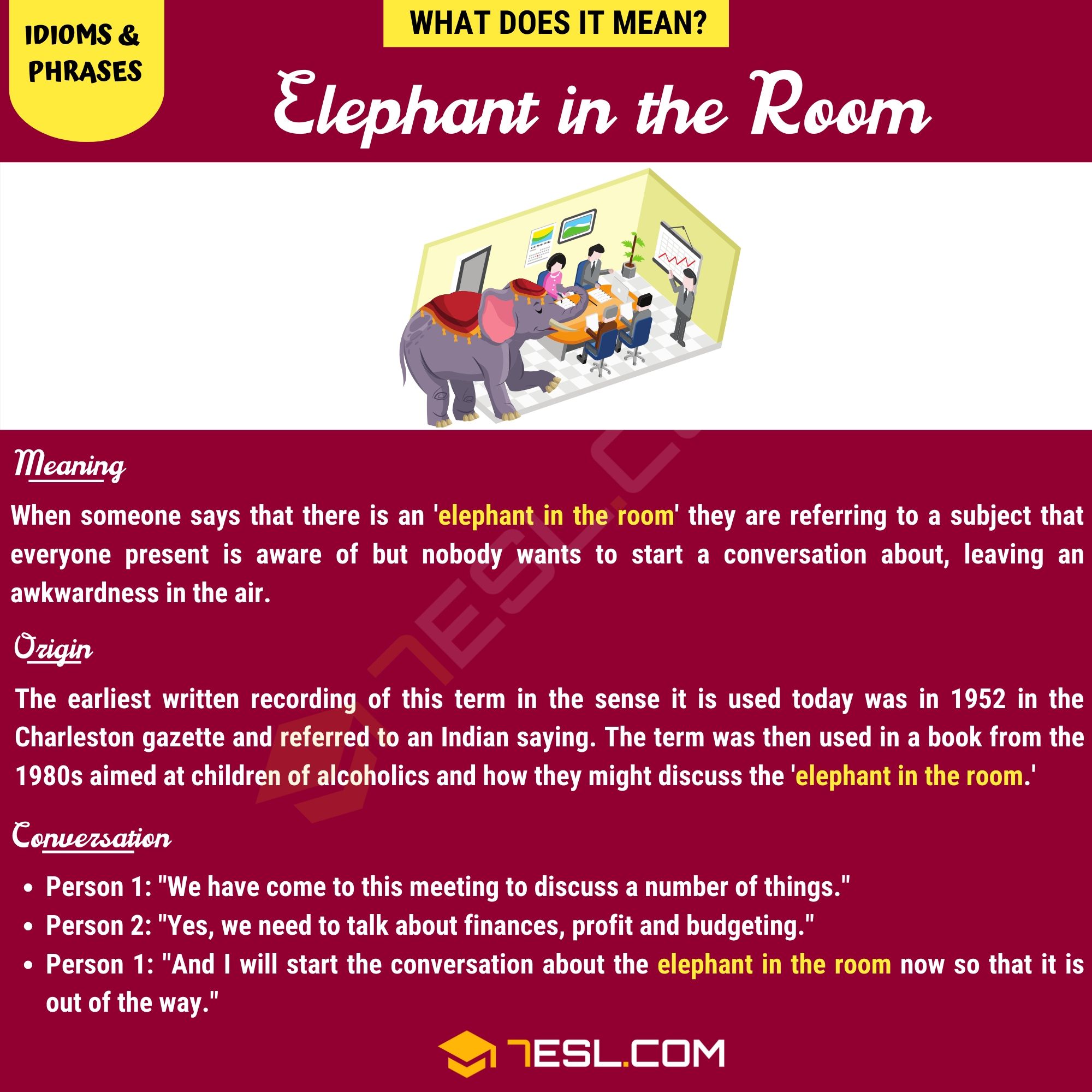