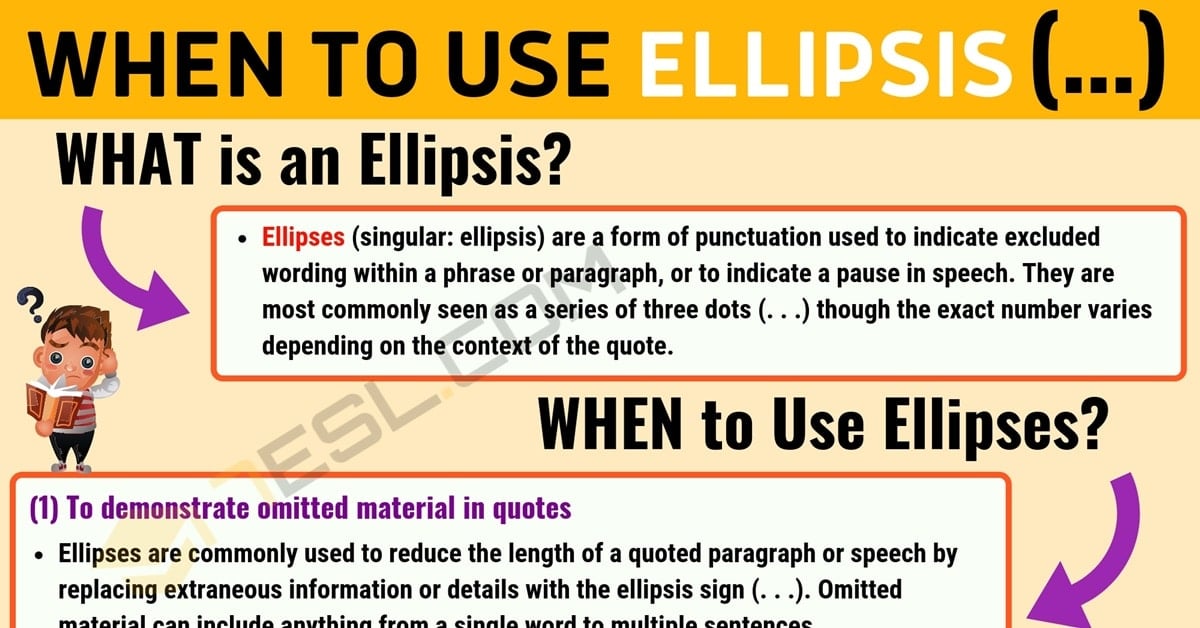 What is an ellipsis? What is (…) called? Learn how and when to use an ellipsis in English with useful punctuation rules, example sentences and ESL infographic.

What is an Ellipsis?

Ellipses (singular: ellipsis) are a form of punctuation used to indicate excluded wording within a phrase or paragraph, or to indicate a pause in speech. They are most commonly seen as a series of three dots (. . .) though the exact number varies depending on the context of the quote.

When to Use Ellipses

(1) To demonstrate omitted material in quotes

Ellipses are commonly used to reduce the length of a quoted paragraph or speech by replacing extraneous information or details with the ellipsis sign (. . .). Omitted material can include anything from a single word to multiple sentences. This can be seen in the following example:

(2) To indicate uncertainty or pausing in informal conversation

Ellipses are often used in informal communication, such as text or online messaging, to indicate pauses where the writer/speaker would have naturally paused in spoken language. They work similar to em dashes (–) in this scenario, and can be used interchangeably to show pauses and brief stops in speech.

In both examples, the ellipses are used to indicate where the speaker, in his or her uncertainty, would have naturally paused while speaking.

This method is often employed in literary or creative writing to add characterization and nuance in a story, as seen in this example from the short story “Grace” in James Joyce’s Dubliners, in which both em dashes and ellipses are used to demonstrate hesitancy in the man’s speech cadence.

How to Write the Dots

There are a number of ways in which to write ellipses, from the number of dots–three or four–to the formatting–open or closed. Should the dots have spaces in between ( . . . ) or not ( … )? In the United States, most punctuation follows either the Chicago Manual of Style (CMS) or the Associated Press (AP) style.

Should there be spaces between dots?

According to the CMS all ellipses must have spaces before, between, and after. AP style, on the other hand, does not add spaces between the dots.

In most cases, ellipses consist of only three dots. A fourth dot is added, however, when (1) the omission occurs at the end of a sentence or (2) one or more full sentences are omitted.

Omission at the end of a sentence:

The difference exists, but is subtle.

In general, the best practice is to choose an ellipsis form (open, closed, spaced, no spaced) and be consistent with it throughout your work. 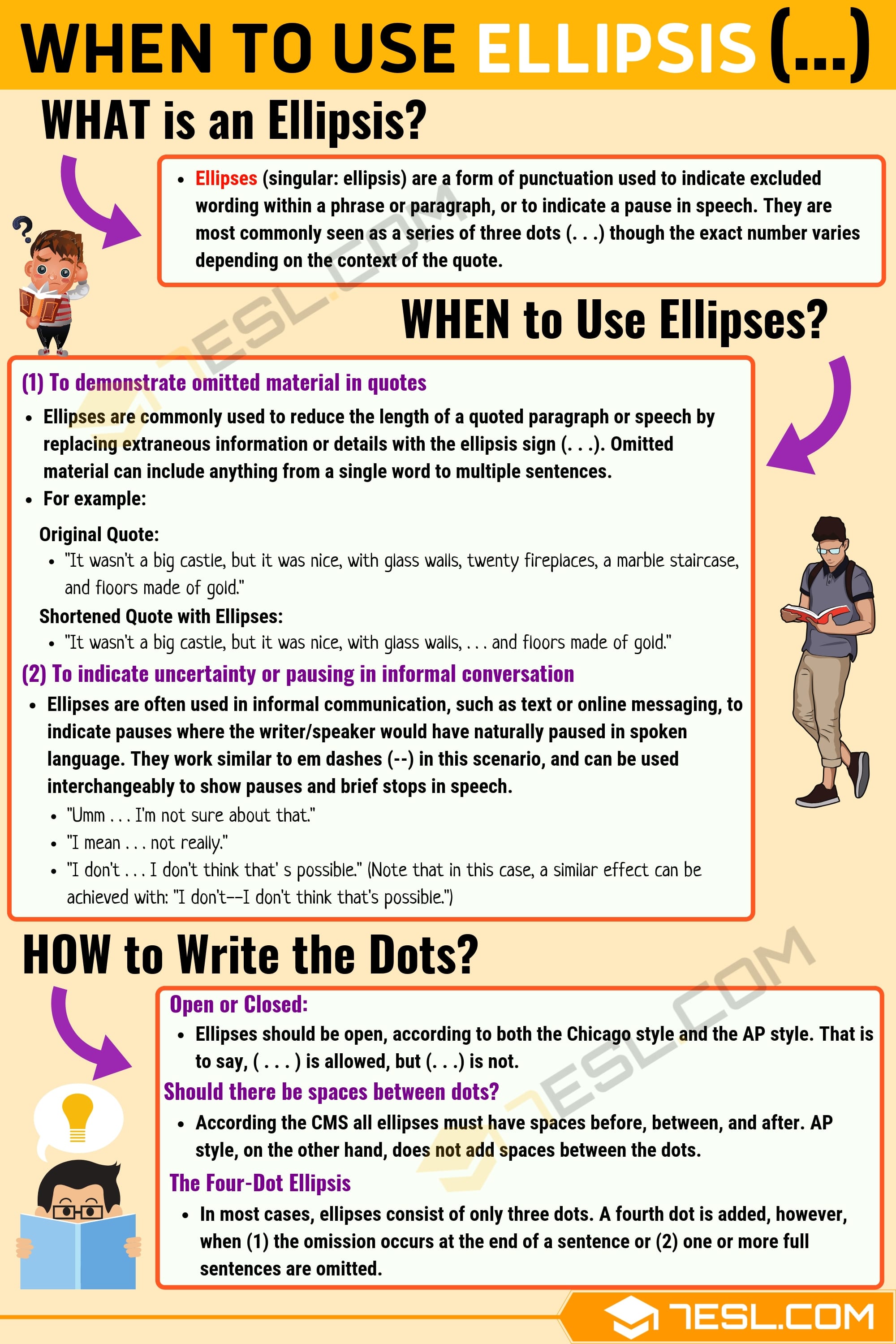 i don’t know but what is it?

I really appreciate the usefulness of the example sentences. Both the correct, and incorrect are very helpful. Thanks!