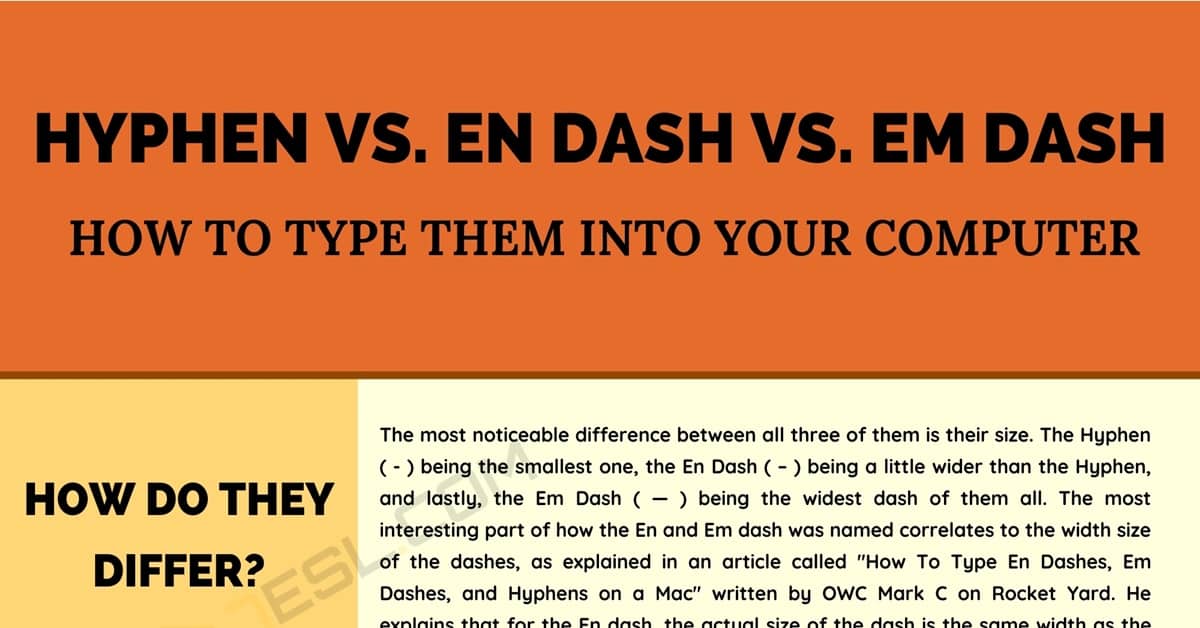 Em Dash vs En Dash vs Hyphen! Have you ever heard of the various dashes such as Hyphen, Em, and En Dash? Did you ever take notes on how to utilize them in your essays and why they are used in their intended ways? Odds are you probably have seen or heard of these dashes but have never really looked into ­­­­­­­­­­what the differences are and how to use them when writing your papers. The differences between these dashes and how to use them are pretty simple to understand. Let’s take a closer look at what these dashes are, what are the differences between the three, and how to correctly implement them in your next essay paper.

How Do They Differ?

Besides the obvious difference of how each dash is used within the sentences, there is actually a measurement difference between all three of the dashes. At first glance – looking at the three dashes side by side – trying to differentiate them can be a bit difficult if you do not pay close attention.

After taking a closer look though, the most noticeable difference between all three of them is their size. The Hyphen ( – ) being the smallest one, the En Dash ( – ) being a little wider than the Hyphen, and lastly, the Em Dash ( — ) being the widest dash of them all. The most interesting part of how the En and Em dash was named correlates to the width size of the dashes, as explained in an article called “How To Type En Dashes, Em Dashes, and Hyphens on a Mac” written by OWC Mark C on Rocket Yard. He explains that for the En dash, the actual size of the dash is the same width as the letter ‘n’ while for the Em dash it is the same width as the letter ‘m.’

The timing of when to use all three dashes in your written essays or articles is pretty simple to follow. As explained by The Punctuation Guide, the Hyphen ( – ) is usually used with certain compound terms or when word division occurs. If you do not know what word division means, AudioEnglish.org defines it as “decision of a word especially at the end of a line on a page.” In further details, word division occurs when there are no more spaces left in a sentence for an entire word, so to compensate for this, the word is broken in half with a hyphen and while the first half of the word stays on the same line, the other half is moved to the next line of the page. Because of this feature, the purpose is to – ultimately – save on space within your paper.

Now, when using the En dash, it is usually used when the writer is giving a span of time or a range of numbers, mentioned by The Punctuation Guide. For example, “The 2009 – 2010 games were the best ones yet.” In this sentence, the placement of the En dash is in between the numbers 2009 and 20010, so instead of using the words “to” or “and” we can simply use the En dash instead. The purpose of this dash is to give the reader a timeline of when 20the best games occurred during the times of 2009 and 10. Now, there is another way that this dash could be implemented such as telling the score of a game or for the presidential election ( e.g. “The Jaguars beat the Hornets 30 – 19.”); it can also be included in between words that represent conflict, direction or connections. Lastly, the En dash can be used within compound adjective words such as cold-blooded, part-time, all–too, etc.

How to Type Them Into Your Computer

Knowing this now, you can freely write dashes into your essays now, but wait, how exactly do you do that? Well, the good news is is that most computer applications can automatically input dashes for you, but you have to be a bit strategic in how exactly you type them in as explained by a website called Computer Hope.

Now for the En and Em dashes, there are a few ways to type both in Windows.

Or if you want to manually type it… 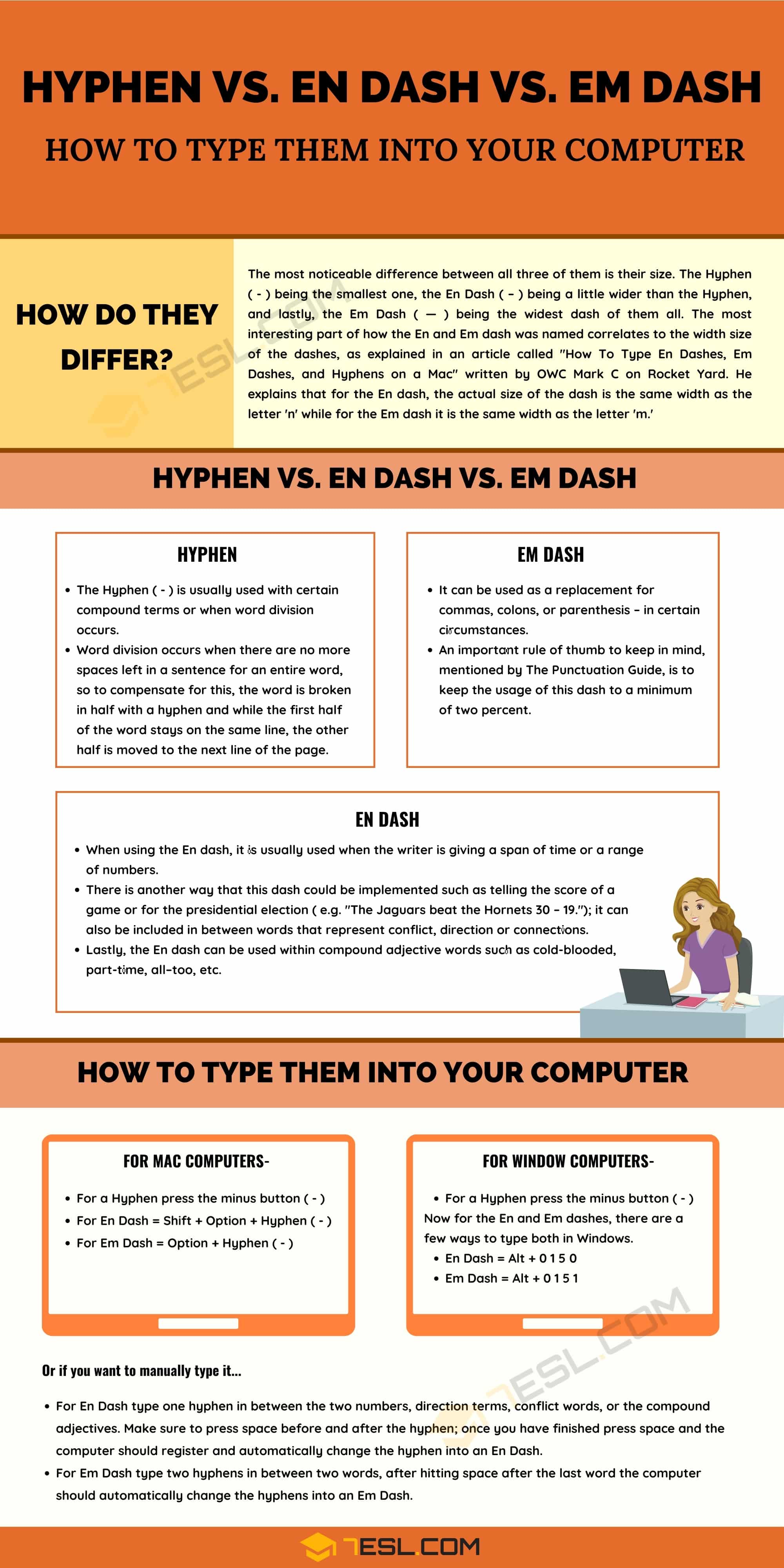