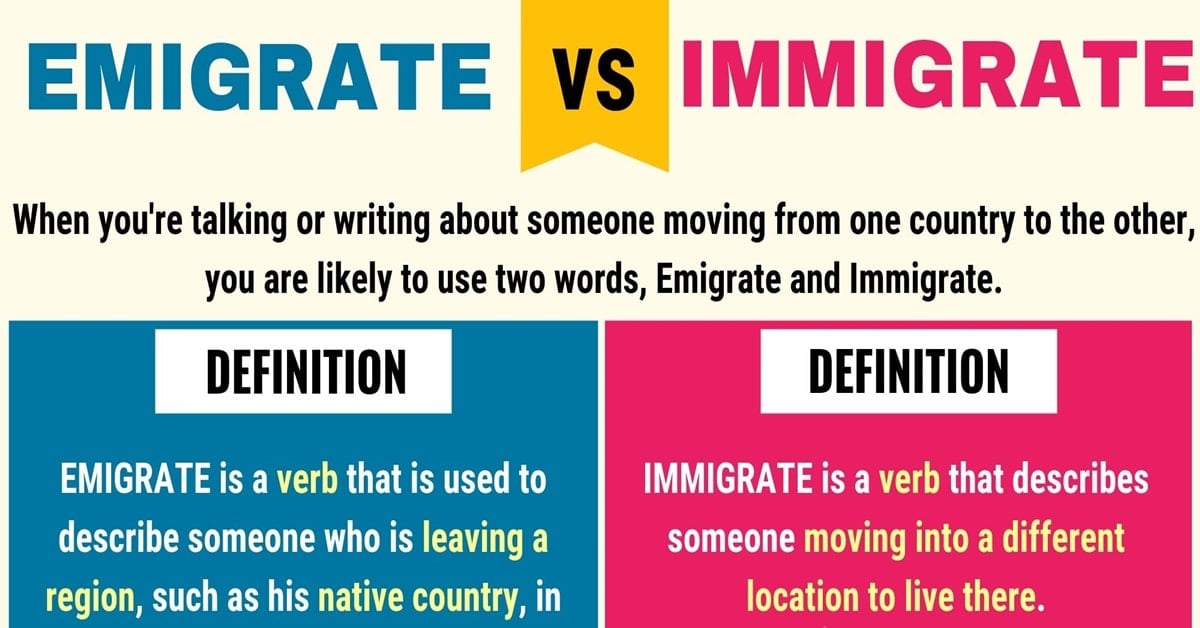 Emigrate vs. immigrate! When you’re talking or writing about someone moving from one country to the other, you are likely to use two words, Emigrate and immigrate. Are these two synonyms? Are they simply two alternative spellings but have the same meaning? If not, what is the difference? In order to find out the answers to these questions and never get confused with these two words again, read on.

So, these two go together and are very similar but they can’t be used interchangeably. Let’s look at a couple of examples to clearly distinguish the difference.

When to Use Emigrate vs. Immigrate

Which word is correct to use in the sentence, “Sophie emigrated/ immigrated from Slovenia with her family when she was only five years old”? Here, we are talking about Sophie leaving her home country to live somewhere else. Therefore, the correct word is emigrated.

These two words can easily describe the same person and mean pretty much the same thing if you use them in correct contexts. Returning to the example with Sophie, you can say that she emigrated from Slovenia but immigrated to Germany.

But how do you remember the difference? There is a simple trick that will help you. When you are emigrating, you are exiting the country where you lived previously. Both of these words start with an e. And when you are immigrating, you are going into a different country; both words start with an i. Keeping this simple rule in mind, you will never have problems figuring out whether someone is emigrating or immigrating.

Difference between Immigrate vs. Emigrate | Picture 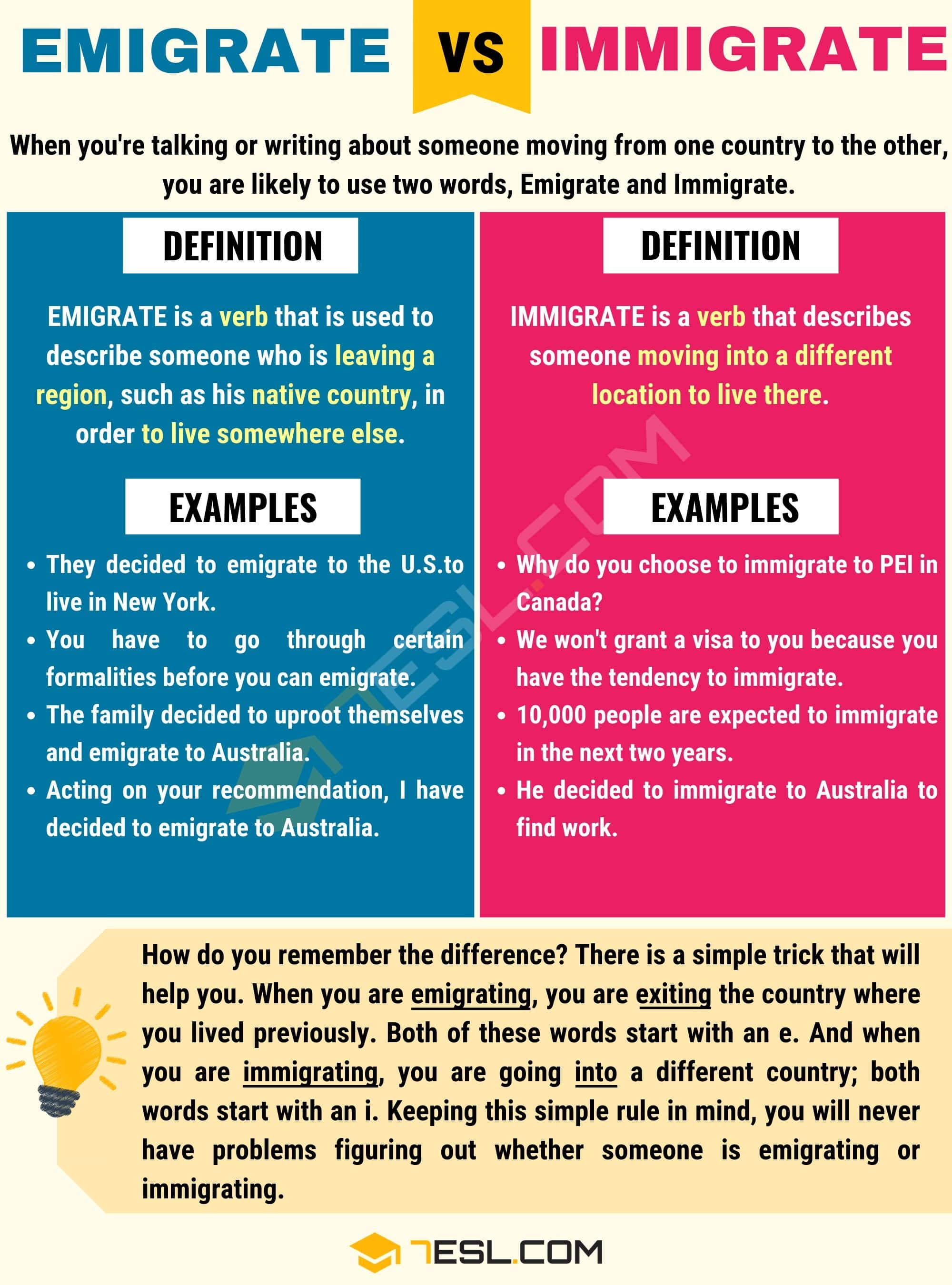