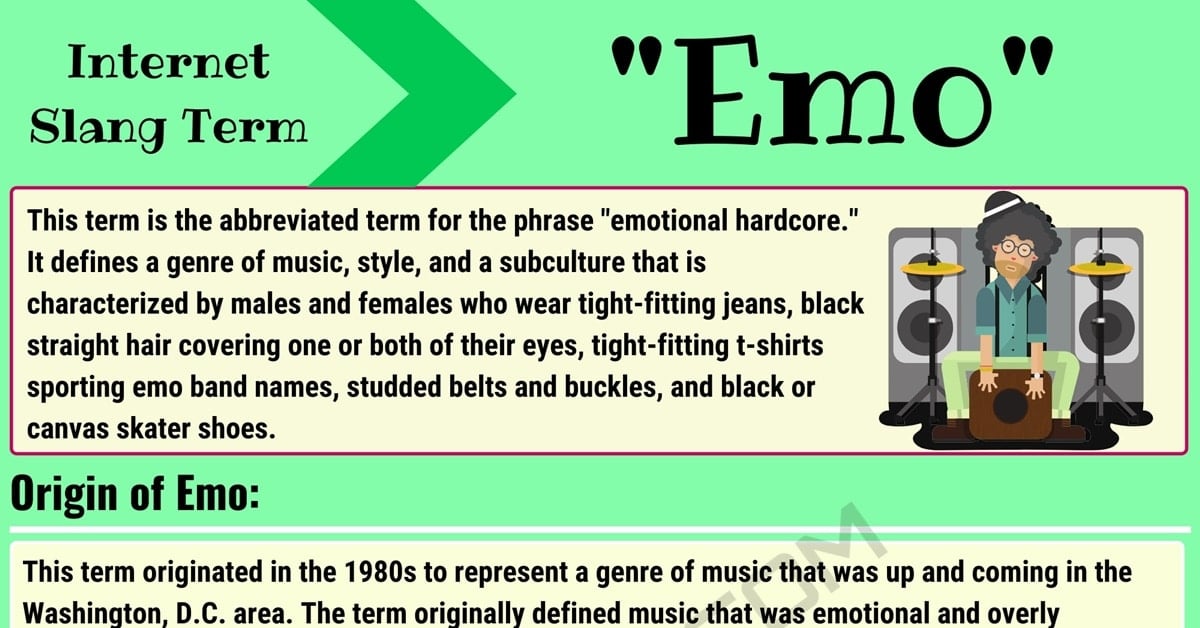 The “emo” scene is a popular one among many teenagers still today even though it got its start many years ago. If you have recently come across this term either on the internet or in real face-to-face conversation and found yourself wondering what it meant, then you have wound up in the right place.

Here you will find the meaning of this term, the story behind its origin, and some alternative meanings of the slang term if there are any to be found. You will also see some example conversations that you can read through to help you better understand the slang term by seeing it used in the proper context. Finally, you will see some synonyms that you can use in place of this term without changing the meaning of the message you are trying to convey.

What Does Emo Mean?

This term is the abbreviated term for the phrase “emotional hardcore.” It defines a genre of music, style, and a subculture that is characterized by males and females who wear tight-fitting jeans, black straight hair covering one or both of their eyes, tight-fitting t-shirts sporting emo band names, studded belts and buckles, and black or canvas skater shoes.

This term originated in the 1980s to represent a genre of music that was up and coming in the Washington, D.C. area. The term originally defined music that was emotional and overly dramatic, before being used to describe the culture that followed it and their dressing habits. Since the 1980s, the term has become almost synonymous with the term “goth” even though the two terms are very different. The term has also been associated with depression, cutting, and suicide even though this is an unfair association considering not all who call themselves emo are depressed, self-harming, or suicidal.

There are several synonyms that you could use to replace this term in conversation and still maintain the definition as stated above. Some of the alternative words you could use include: 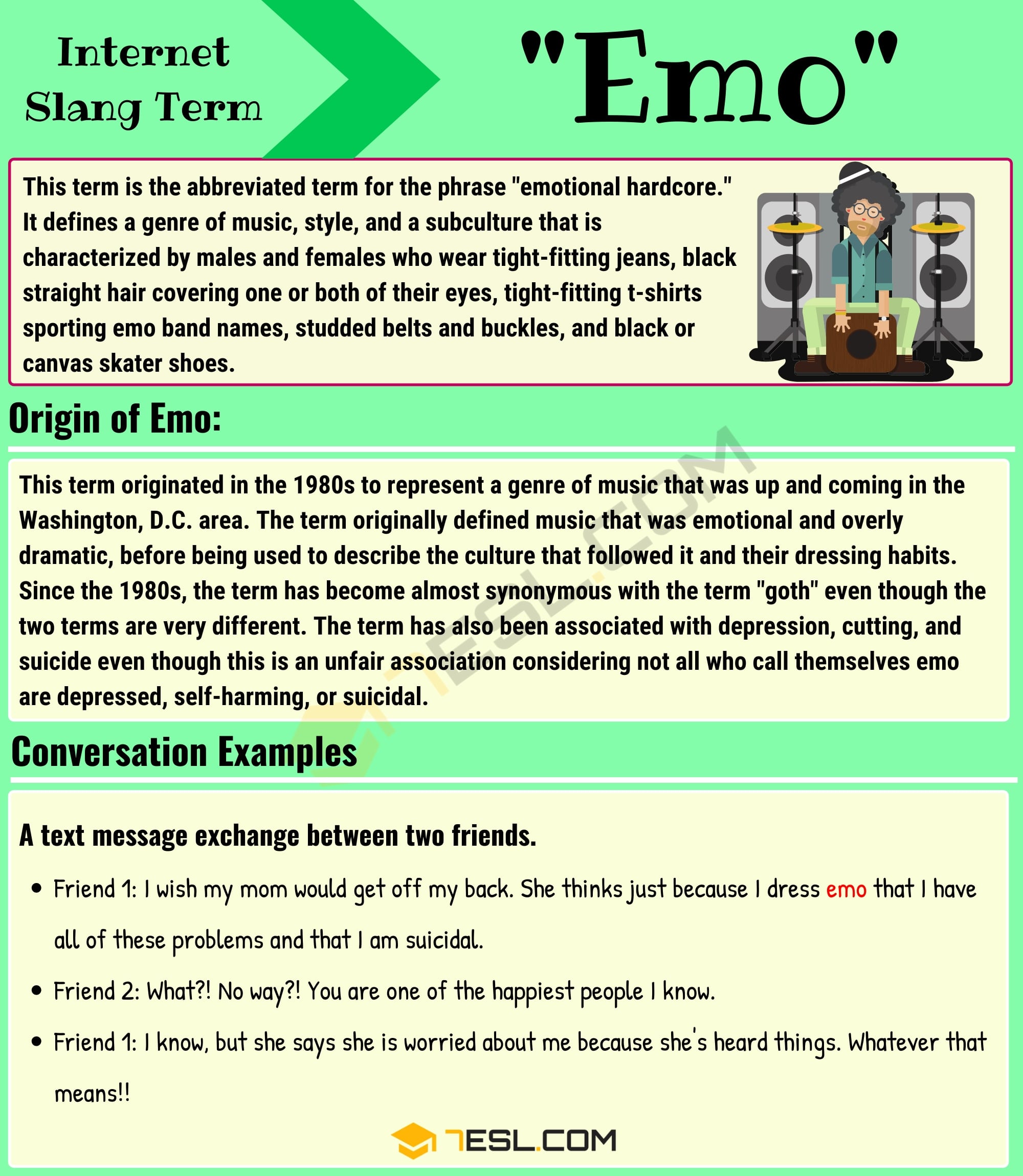