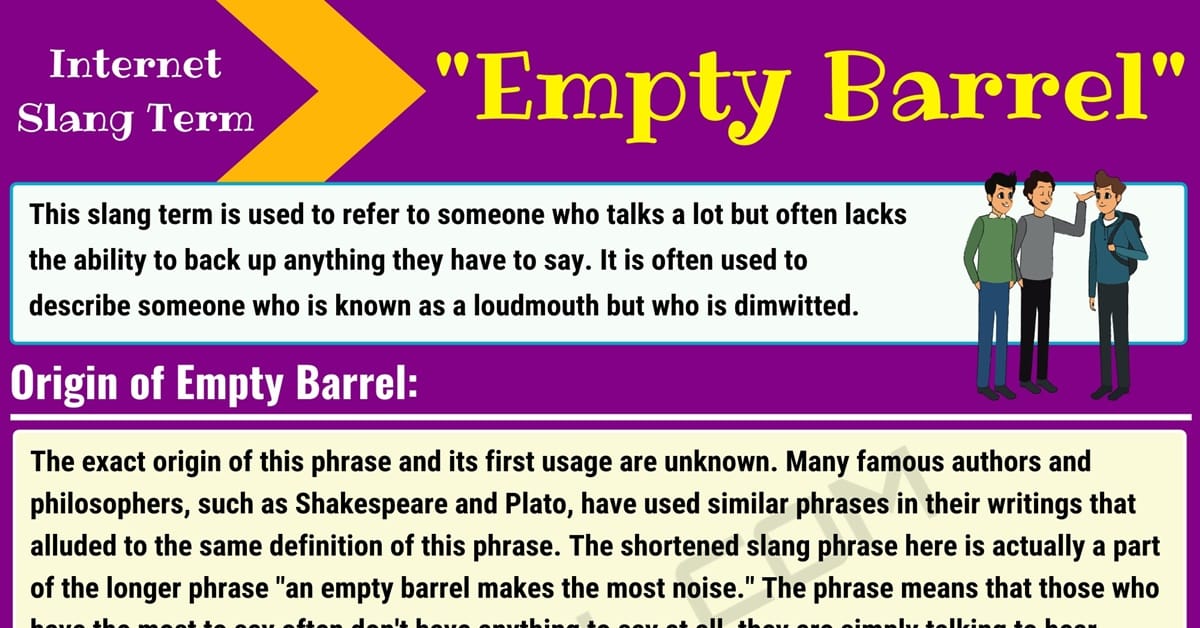 The slang term “empty barrel” has been used in one form or another for thousands of years. It is one of the oldest slang terms of the English language. If you have recently encountered this term and came here looking for its meaning, then you have come to the right place. Here you will find the meaning of this slang phrase, details regarding its origin, and some other meanings if it has any.

Example conversations are also provided for you here as well so you can see how the phrase is used in context and to help you better understand the definition. Finally, you will see some synonymous words or phrases that you can use interchangeably with this phrase because they share the same meaning.

What Does Empty Barrel Mean?

This slang term is used to refer to someone who talks a lot but often lacks the ability to back up anything they have to say. It is often used to describe someone who is known as a loudmouth but who is dimwitted.

The exact origin of this phrase and its first usage are unknown. Many famous authors and philosophers, such as Shakespeare and Plato, have used similar phrases in their writings that alluded to the same definition of this phrase. The shortened slang phrase here is actually a part of the longer phrase “an empty barrel makes the most noise.” The phrase means that those who have the most to say often don’t have anything to say at all, they are simply talking to hear themselves talk and make a stink. This particular term and phrases like it have been used for hundreds of years to refer to these types of individuals.

There are currently no other known definitions of this slang phrase. 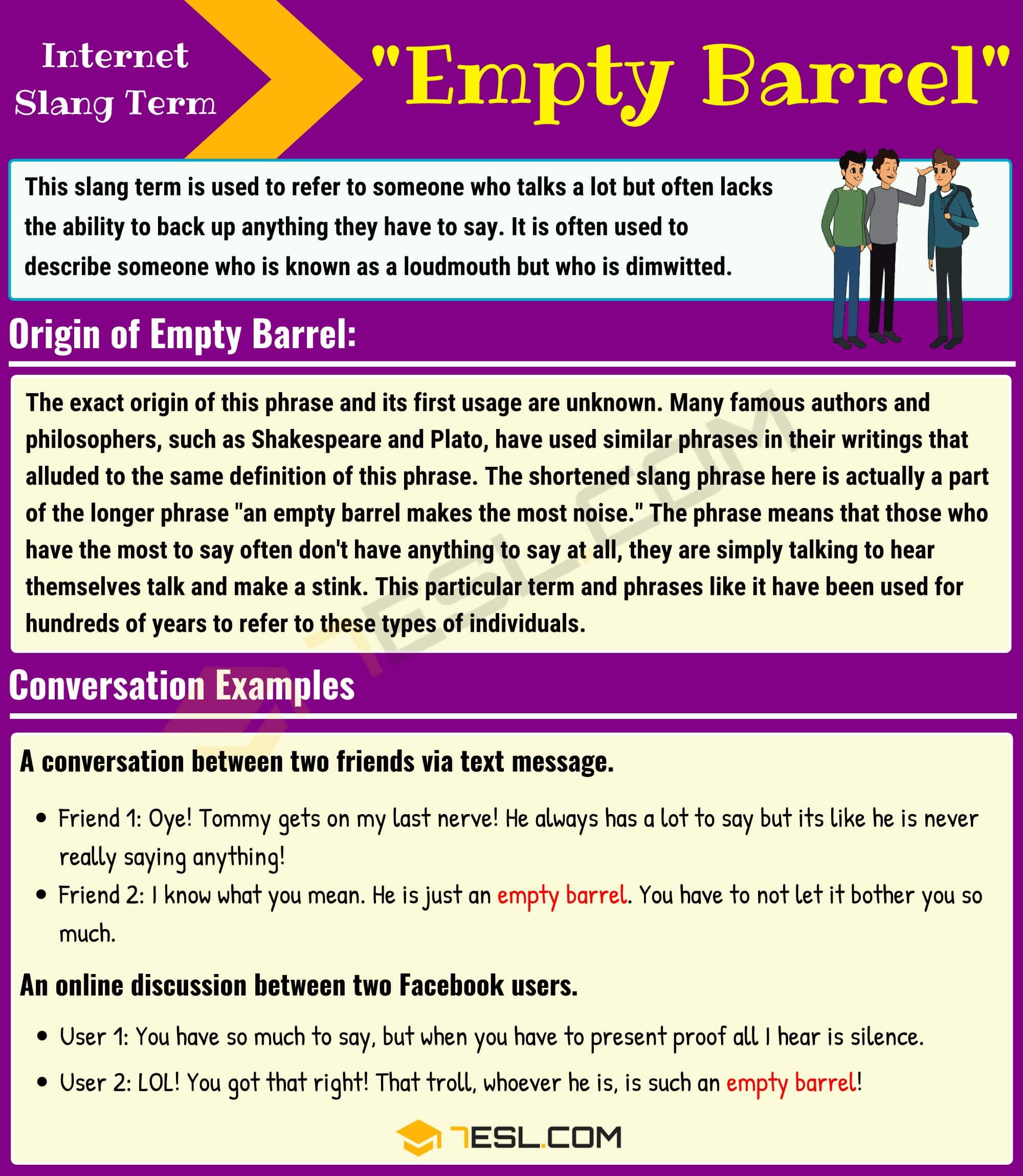