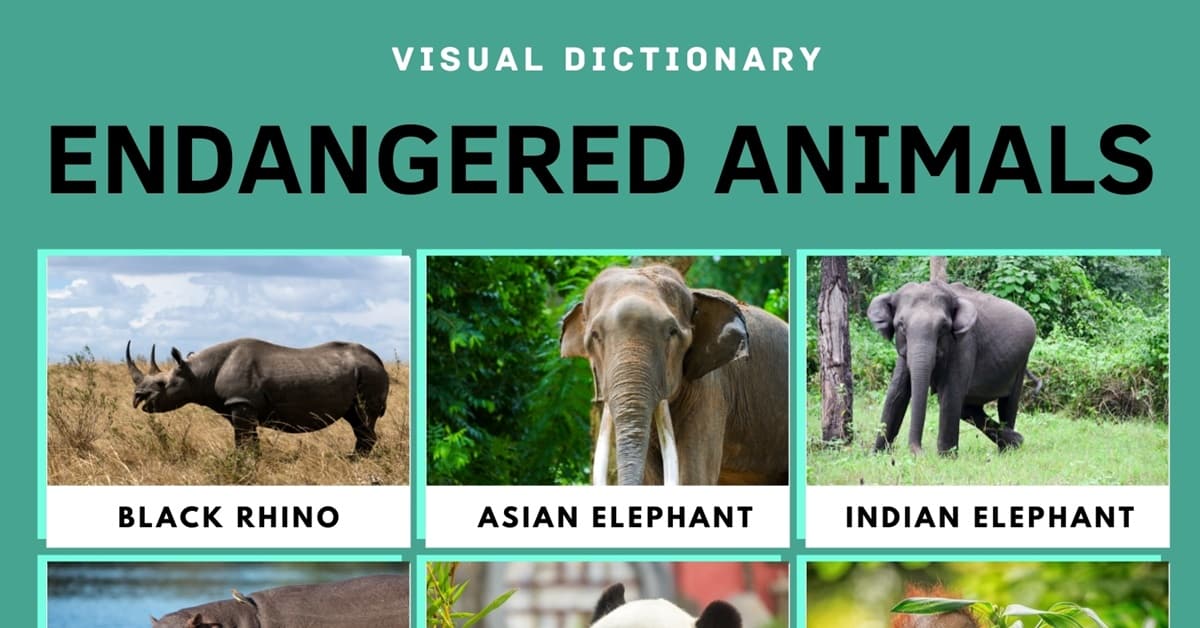 List of endangered animals! There are many millions of animals in the world and a vast variety of different species. However, while the majority of animals thrive, there are a number of species whose numbers are in decline and are classed as being endangered.

What are Endangered Animals

Endangered animals are species of animals that are at serious risk of dying out due to a declining population. If that happens then they could become extinct which would mean that there would be none of those animals left in the world. Animals are officially classed as endangered when there are less than 2,500 adults of that species in the world.

There are many reasons that a species could become endangered. This could be through changes to their natural habitat through natural reasons such as a change of climate, forest fires, flooding or through the growth and development of humans and our construction of roads, buildings, business development etc. Disease can also play a part in the decline of species, as can pollution, hunting, or overfishing.

The next level down from critically endangered is simply endangered, which is when there is a serious risk of the species dying out. Below that level is vulnerable which means that there is still a high chance of the species becoming extinct, but the threat level is not as serious as the two types above it. After vulnerable it moves down to near threatened and least concern.

I truly enjoyed the fun facts and utilized them to create a lesson for ESL students. Wonderful!

are all these endangered?