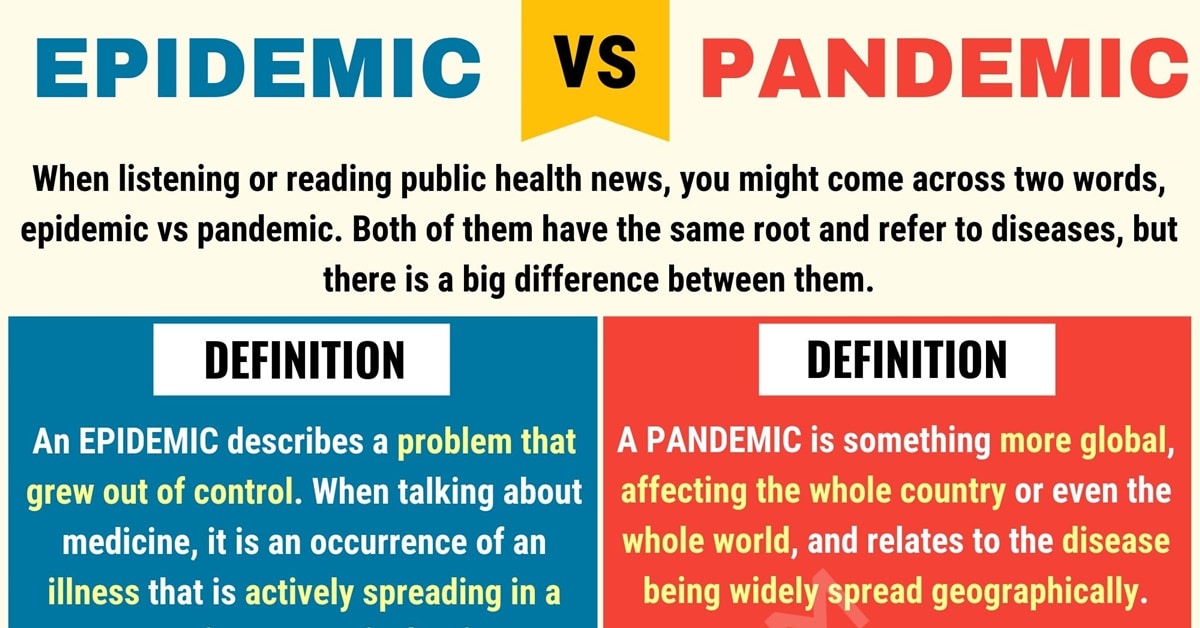 Epidemic vs. pandemic! When listening or reading public health news, you might come across two words, epidemic vs. pandemic. Both of them have the same root and refer to diseases, but there is a big difference between them. In order to better understand the news and be fully aware of what is happening in the world, it’s important to know it.

An EPIDEMIC describes a problem that grew out of control. When talking about medicine, it is an occurrence of an illness that is actively spreading in a community at a particular time. On the other hand, a PANDEMIC is something more global, affecting the whole country or even the whole world, and relates to the disease being widely spread geographically.

With every disease, there is a certain number of people that scientists and doctors except to get sick at a specific period of time. When the actual number of people who catch the disease suddenly becomes a lot larger than it was expected, this is an epidemic. However, when the disease spreads across the whole country, continent or world and takes away millions of lives, the term “epidemic” is too light to describe what is happening. Thus, an epidemic becomes a pandemic.

Sometimes it might take a few years or even decades for the disease to spread across the globe, but sometimes just a couple of months will be enough. Still, of course, not every epidemic will become a pandemic. If public health officials react quickly and develop a correct plan of action, they will be able to stop the virus from spreading all over the world. In some other cases, the virus itself will become weaker for some reason, and once again, a pandemic will be prevented.

There are many devastating examples of pandemics that took millions of lives, but one of the worst is HIV: since 1982, it has already killed about 40 million people. One other heartbreaking example is the cholera pandemic that lasted from 1816 up until 1824, affecting people from all over Asia and Europe and taking over 40 million lives in these eight years. In 1918, the Spanish flu pandemic, though it only lasted for a year, killed more than 50 million people.

Difference between Pandemic vs. Epidemic | Picture 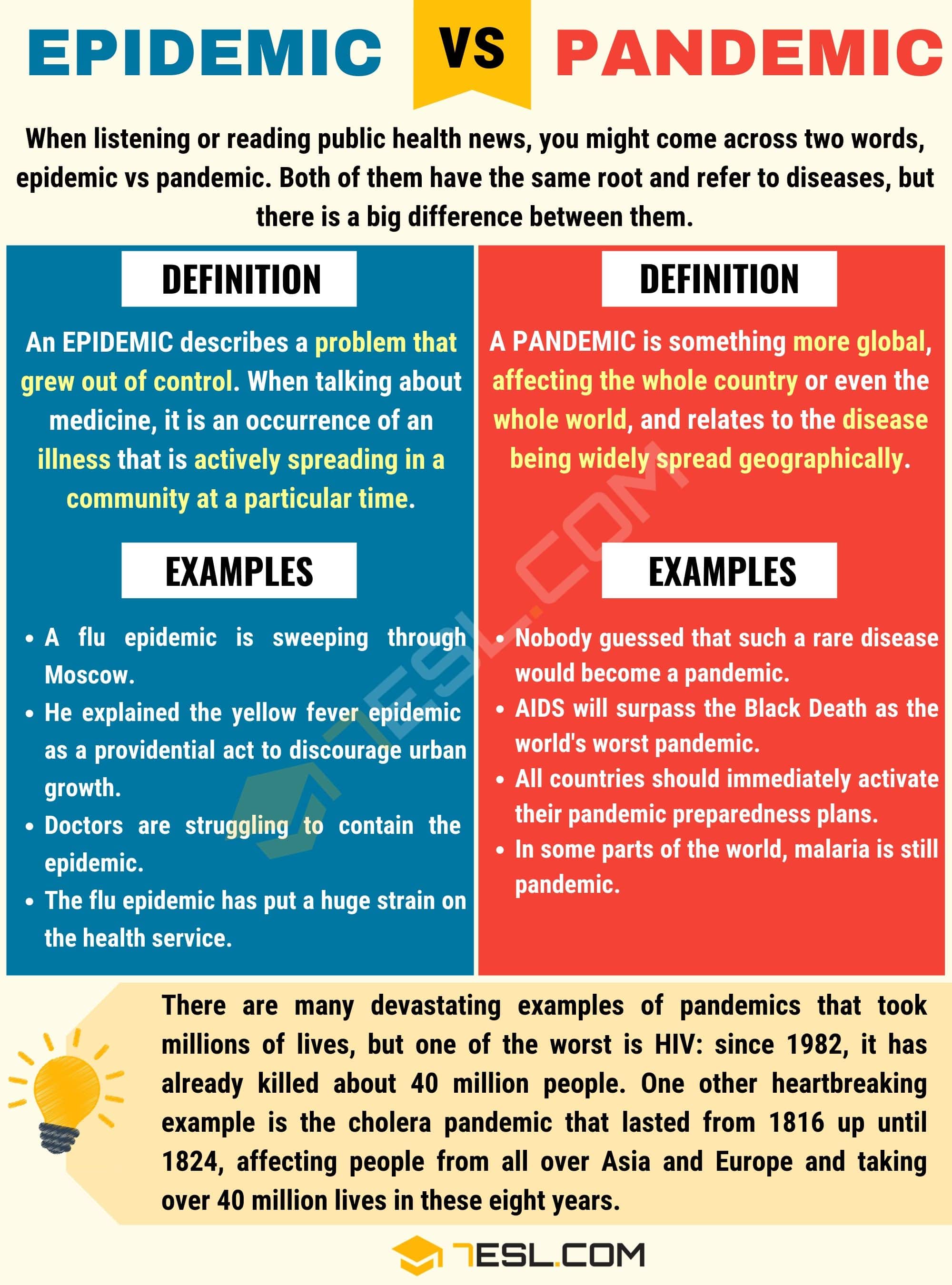 Who wrote this article?