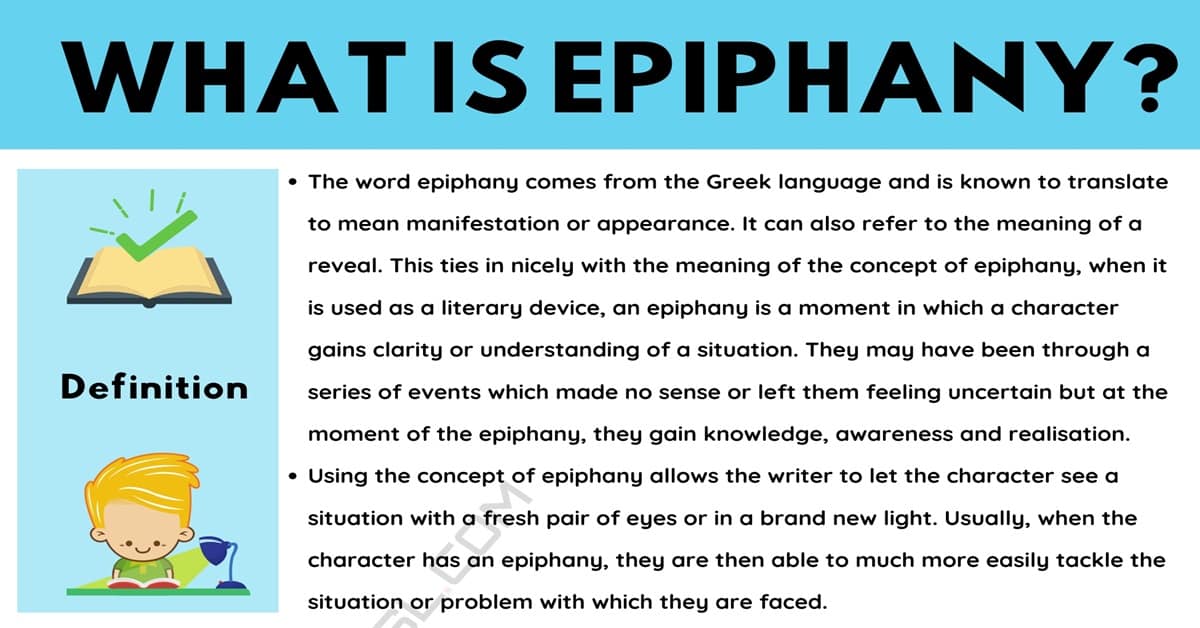 You might have heard the term epiphany and wondered what it means. In this piece, we are going to be taking a look at the meaning of an epiphany as well as looking at how it can be used in the way of spoken language as well as being used as a literary device. We will also be looking at some examples of epiphany, this will help us to gain a greater understanding of how it can function.

The word epiphany comes from the Greek language and is known to translate to mean manifestation or appearance. It can also refer to the meaning of a reveal. This ties in nicely with the meaning of the concept of epiphany, when it is used as a literary device, an epiphany is a moment in which a character gains clarity or understanding of a situation. They may have been through a series of events which made no sense or left them feeling uncertain but at the moment of the epiphany, they gain knowledge, awareness and realisation. Using the concept of epiphany allows the writer to let the character see a situation with a fresh pair of eyes or in a brand new light. Usually, when the character has an epiphany, they are then able to much more easily tackle the situation or problem with which they are faced.

In other terms, the epiphany may happen outside of literature and in our day to day lives, there are many examples of this such as the scientist who has been looking for a certain result who then has an epiphany and is more easily able to find the solution to the problem. In other day-to-day terms, one might have an epiphany to do with their personal situation such as their relationship with a significant other or an element in their career. The epiphany is simply a moment of discovery and realisation that urges your life forward in a positive way by giving you clarity in order to solve a problem.

Examples Of Epiphany In Literature

As we mentioned, the epiphany is a useful literary device in which the writer gives their character a new vision on a situation and this, therefore, allows them to have better knowledge and understanding. We are now going to take a look at some examples of times where writers have employed the use of epiphany in their work.

Examples Of Epiphany In Spoken Or Daily Life

There are many occasions in which you might notice epiphany in your day to day life, or indeed in the lives of others. Let’s now look at some examples of times that epiphany might occur.

In this article, we have learned that an epiphany is a moment in time where a literary character or a real-life person comes to a new realisation of a situation, enabling them to better understand it and therefore tackle it. It is used as a turning point for a character within a story and allows there to be a final conclusion. We have seen that there are many examples of epiphany in both our day to day lives as well as in a literary sense. 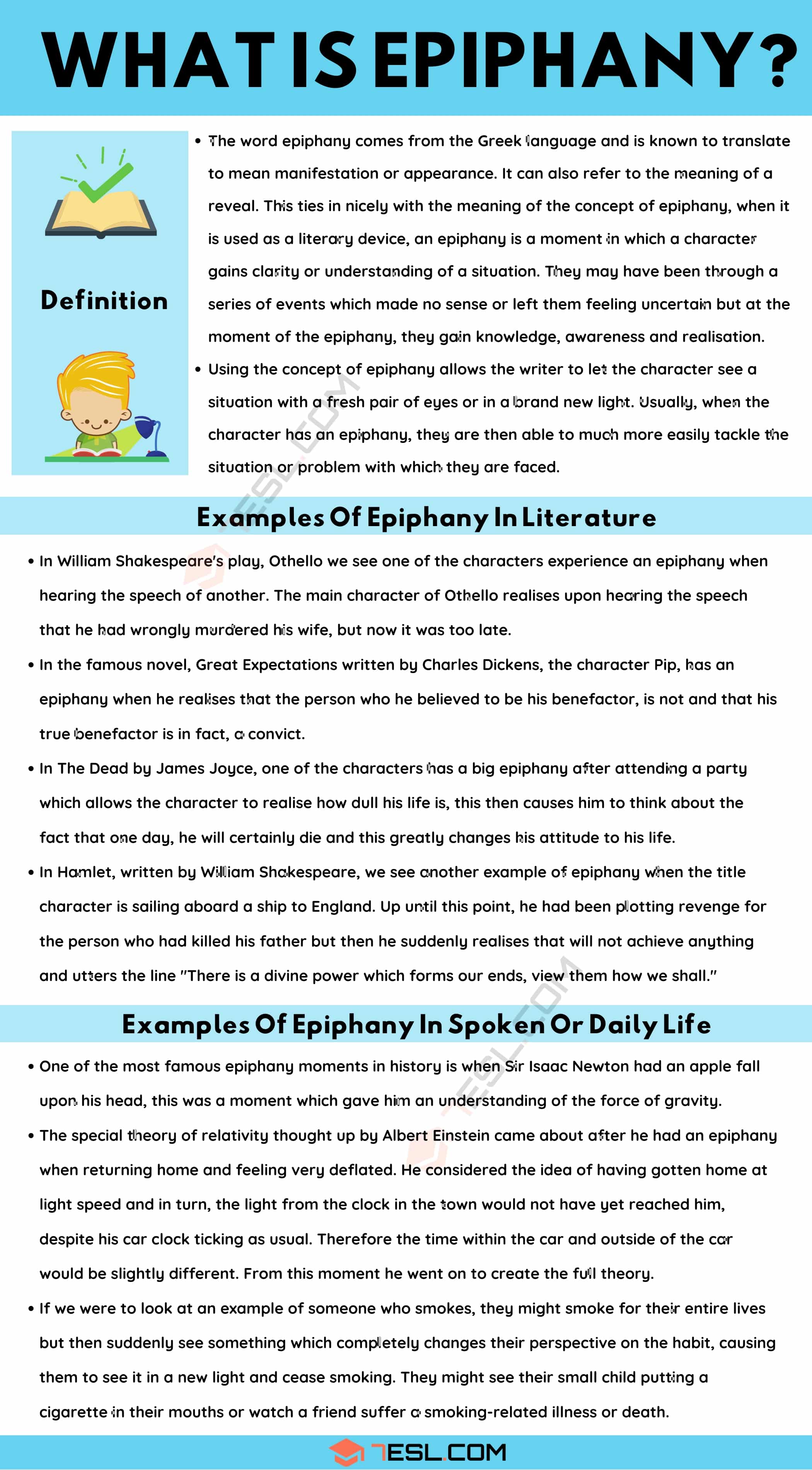 I love your explanation.