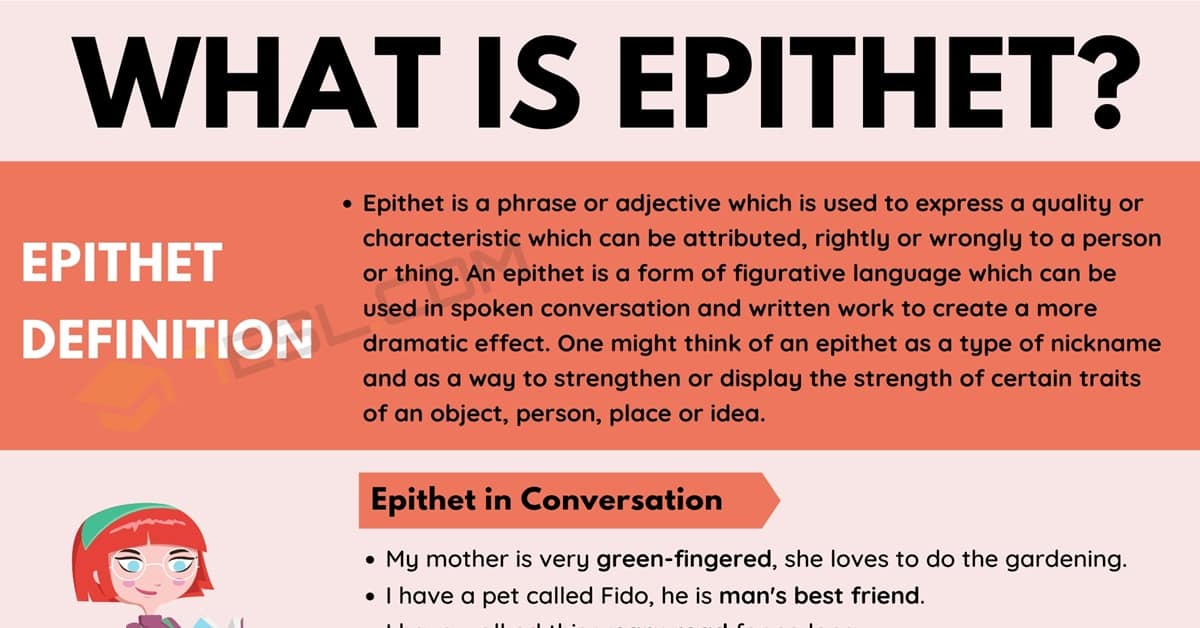 Have you ever considered the term epithet and what it means? In this article, we are going to study the definition of an epithet and discover how it can be used during a conversation as well as in literature. We will do this by looking at some examples of epithet as it features in both spoken and written language.

Epithet is a phrase or adjective which is used to express a quality or characteristic which can be attributed, rightly or wrongly to a person or thing. An epithet is a form of figurative language which can be used in spoken conversation and written work to create a more dramatic effect. One might think of an epithet as a type of nickname and as a way to strengthen or display the strength of certain traits of an object, person, place or idea.

You may hear epithet used in day to day conversation, we are now going to take a look at some examples of how epithet might be used in spoken language.

There may be a use of epithet in written pieces, since the concept can be used as a literary device in order to create characteristics which appear to be more prominent than they are in reality.

Epithet can be used in both a written context as well as in day to day conversation. It is a form of figurative language which can be used to apply a strength to any given characteristic or trait of a person, object or notion, enforcing its meaning.

It can be used as a literary device in order to make any traits more prominent within a character, giving a more artistic flair to the text. 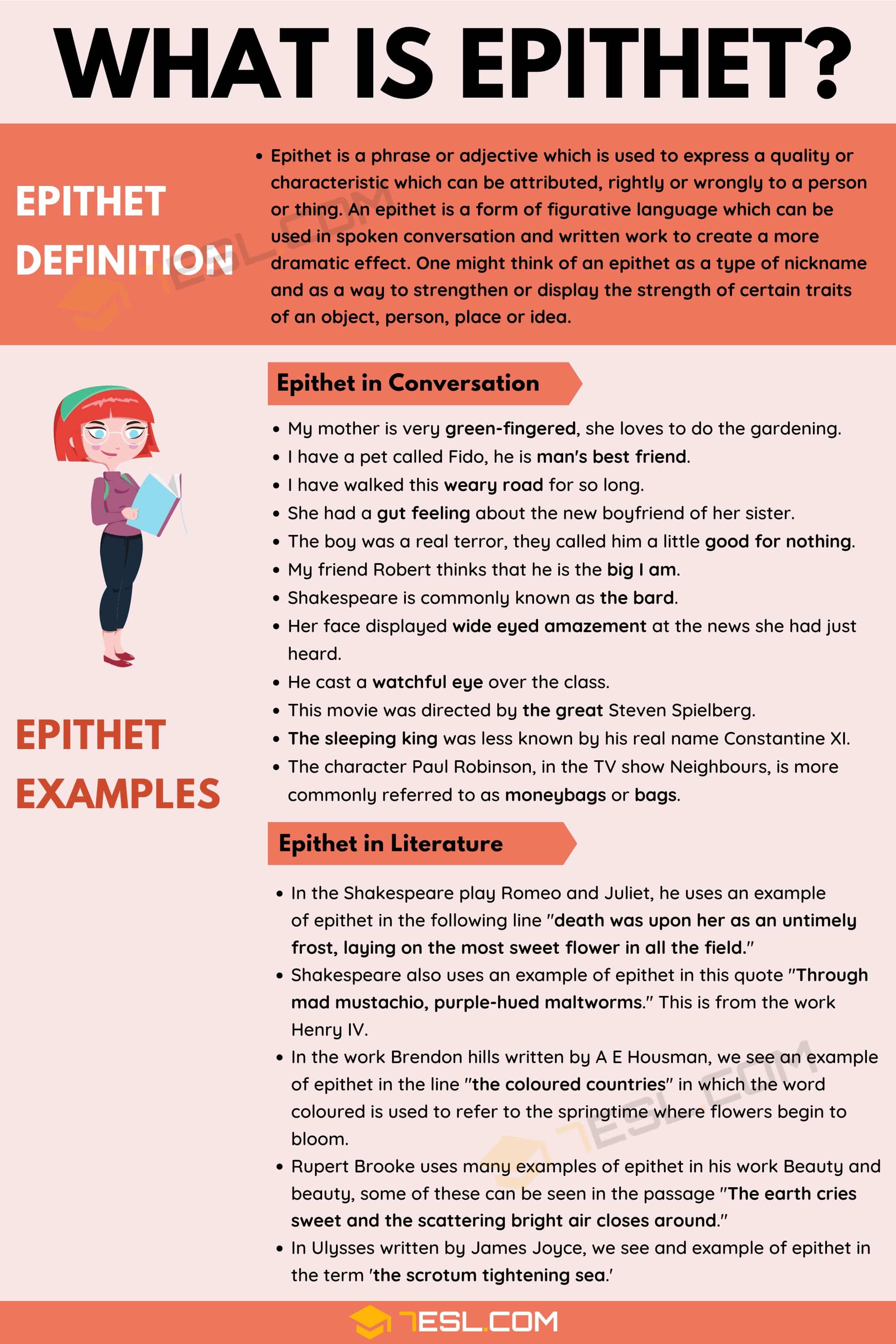