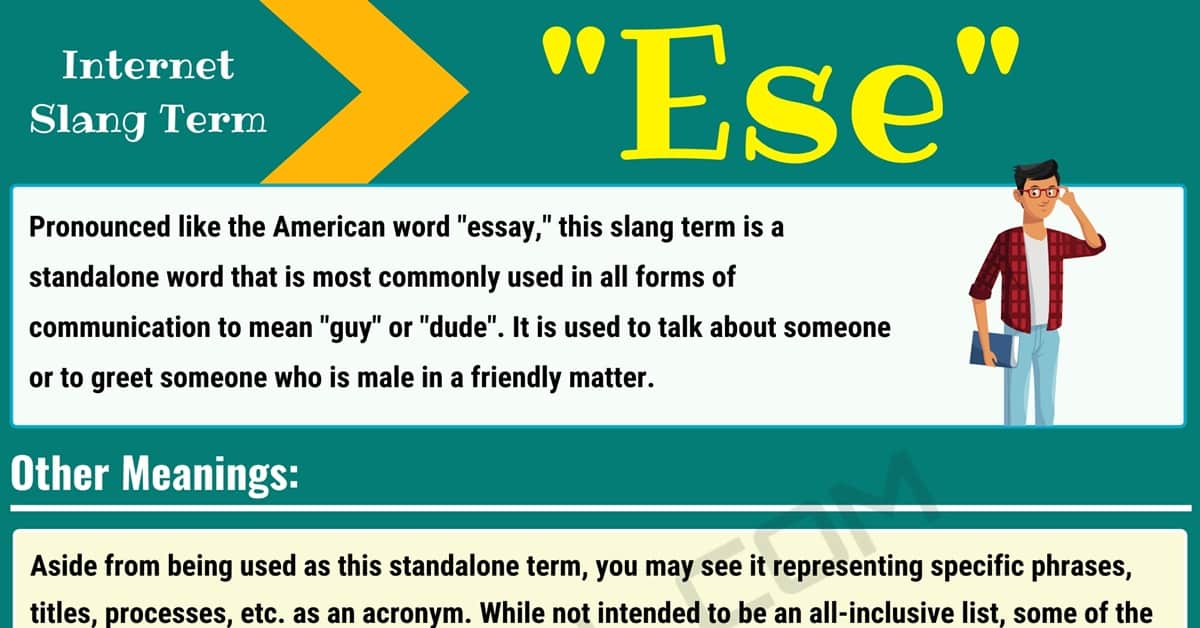 What does Ese mean? If you come from a Spanish background or associate with a lot of Spanish speaking people, then you may hear this term used quite often not only in all forms of electronic communication but also as a part of face-to-face conversation. If you have recently encountered this phrase being used and were unable to determine its meaning through context, then you have come to the right place to learn everything there is to know about this slang term.

Here you will not only find its meaning, but you will also unveil information about its origin and see some other meanings it can have. Conversation examples are provided here for your convenience as well for you to better understand how the term is used properly and to assist you with gaining an understanding of its meaning also. Finally, you will see some words that you can use in place of this term to convey the same meaning.

What Does Ese Mean?

Pronounced like the American word “essay,” this slang term is a standalone word that is most commonly used in all forms of communication to mean “guy” or “dude”. It is used to talk about someone or to greet someone who is male in a friendly matter.

This slang term originated in Mexico City and was first used by urban street kids. It is believed that the term was shortened from the full phrase “ese vato” which means “that guy” or “that man” in Spanish. However, there is no time frame mentioned regarding when the slang term was first used.

Aside from being used as this standalone term, you may see it representing specific phrases, titles, processes, etc. as an acronym. While not intended to be an all-inclusive list, some of the things that this term can stand for when being used as an acronym are “Extensible Storage Engine,” “Enhanced Systems Engineering,” “Error in Simple Expression,” “Electronic Stock Exchange,” and “Engineer Support Equipment.” 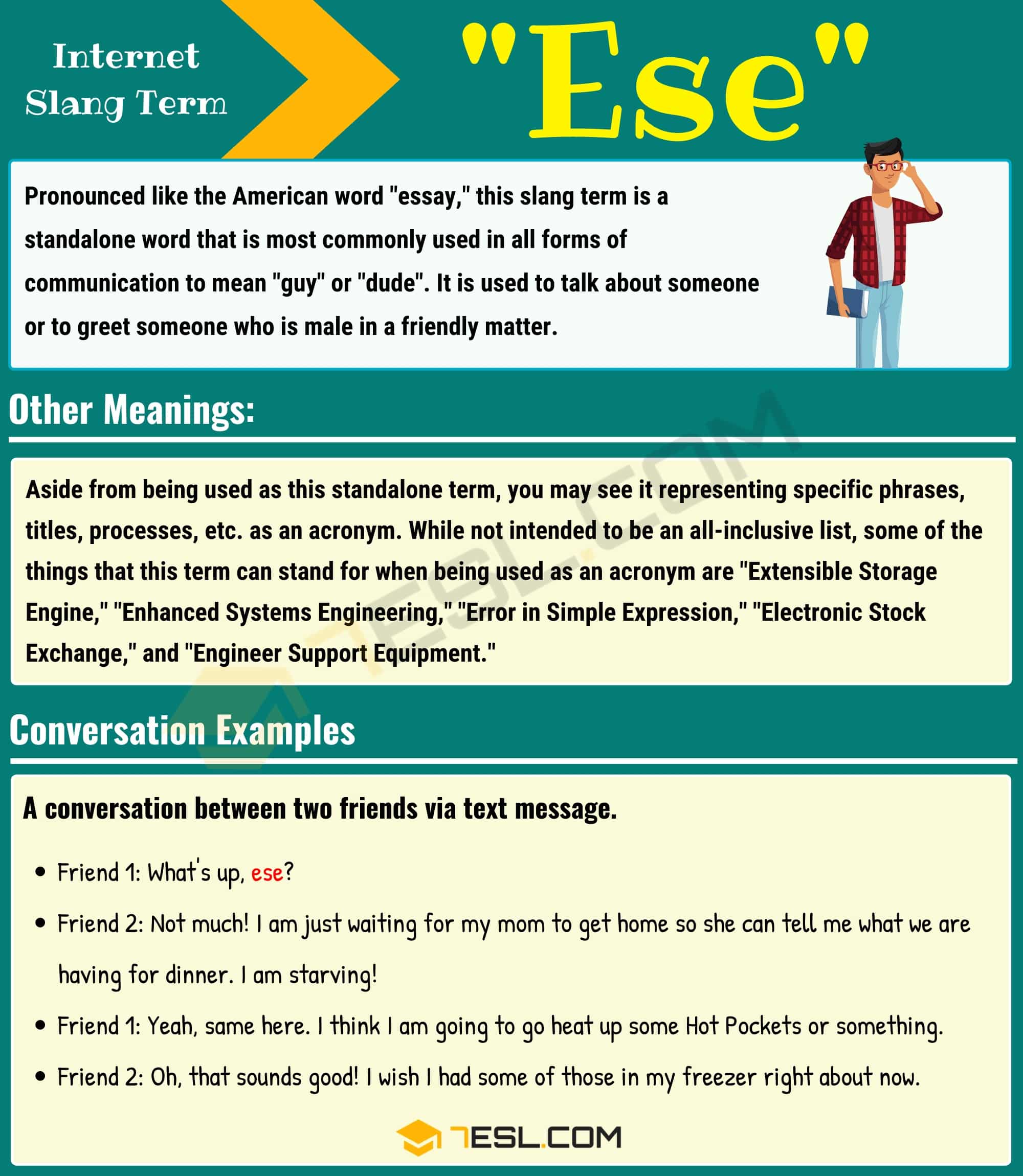