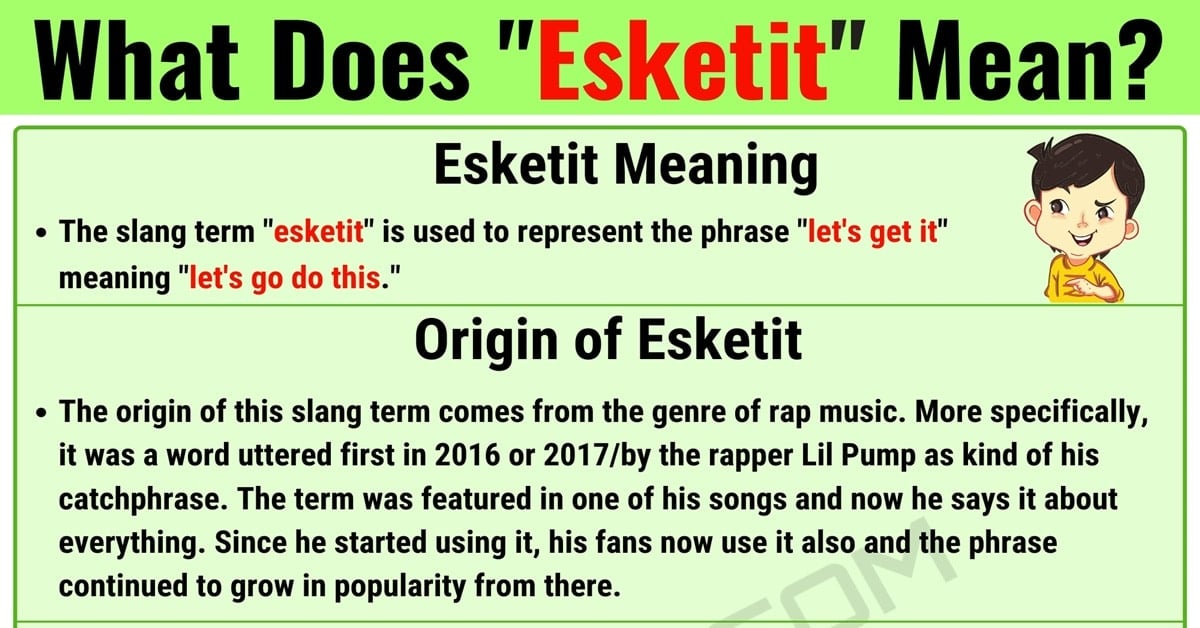 You may have heard the slang term “esketit” if you are a fan of the genre of rap music. If you have come across this phrase in music or conversation and we’re wondering what this word means, then you have come to the right place.

Here you will not only find the meaning of this term, but you will also discover its origin and some alternate meanings if there are any worth mentioning. You will also see the term used properly in some example conversations for better understanding and be able to take a look at some alternate words or phrases you can use instead to relay the same meaning.

What Does Esketit Mean?

The slang term “esketit” is used to represent the phrase “let’s get it” meaning “let’s go do this.”

The origin of this slang term comes from the genre of rap music. More specifically, it was a word uttered first in 2016 or 2017/by the rapper Lil Pump as kind of his catchphrase. The term was featured in one of his songs and now he says it about everything. Since he started using it, his fans now use it also and the phrase continued to grow in popularity from there.

It’s not that the term has other meanings necessarily, but that it can be used for different reasons as an expression. Since the term was first used, people have been using it to replace other sayings like “let’s get lit” and as an expression of excitement. 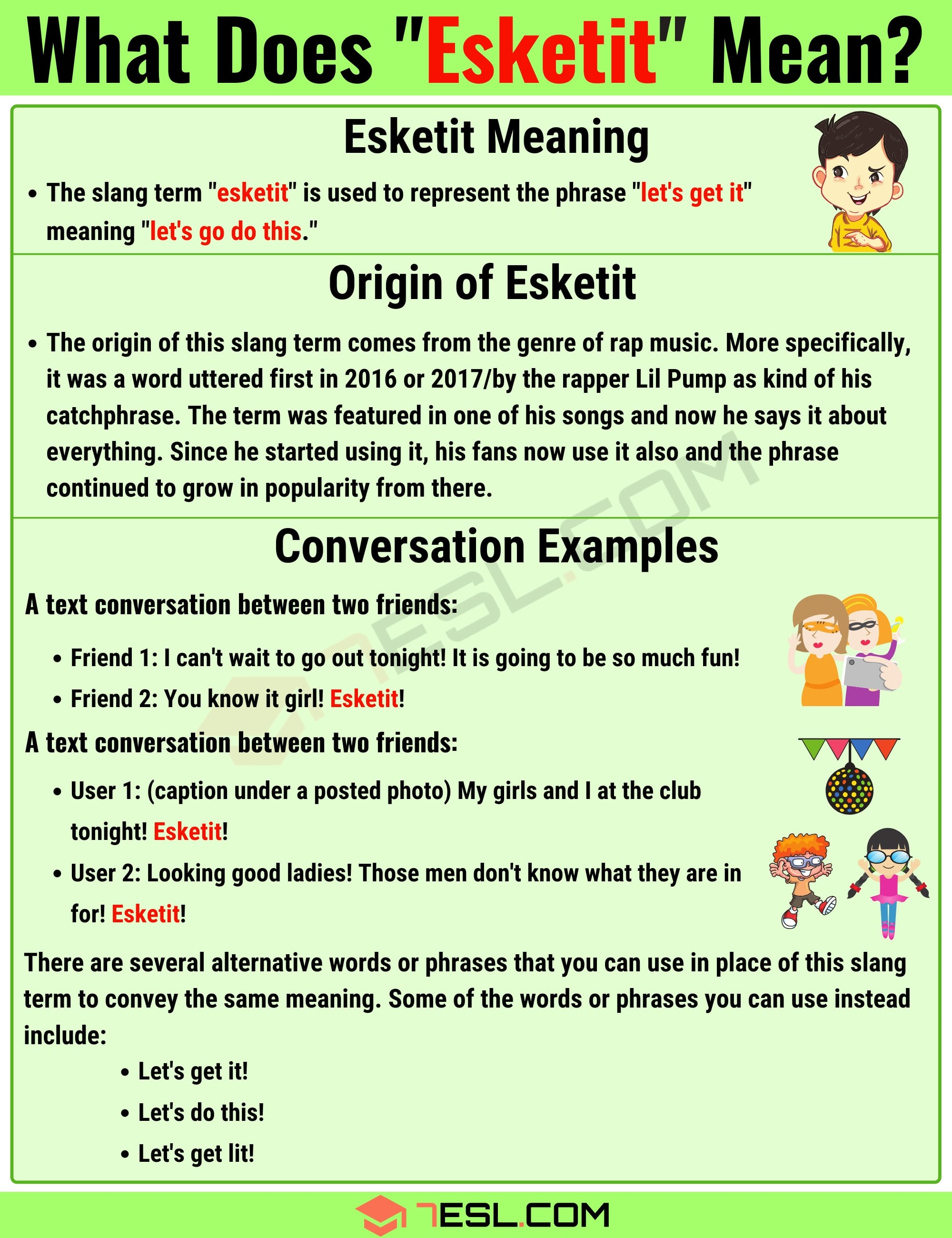