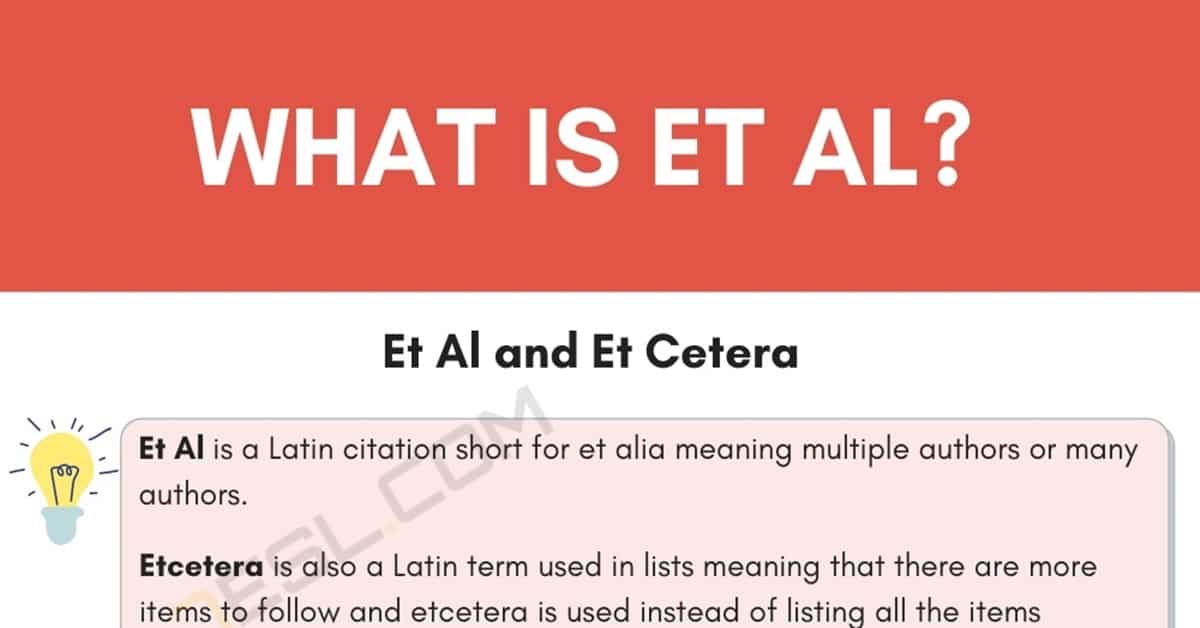 Et Al meaning! What does Et Al mean and short for? In this article, you will find the definition and the usage of Et Al and Et Cetera. You will also find the difference between Et Cetera and Et Al in Medicine and in Church.

Et Al is a Latin citation short for et alia meaning multiple authors or many authors.

Etcetera is also a Latin term used in lists meaning that there are more items to follow and etcetera is used instead of listing all the items individually.

Whenever you assist in authoring an academic paper, the list of names authoring, is often as long as the paper, so to save writing them all down it is easier to use Et Al, and then you only have to write down one name and Et Al. In the English language, there is an influence of Latin roots and it is very evident in medicine. We use many Latin suffixes and these are placed at the end of a word and usually indicate a procedure examples are a tonsillectomy, laminectomy, mastectomy, and so on.

Our English language is very interesting as it is based on ancient German, Greek, and Latin and has evolved over hundreds of years to modern English and more words are added as we go which means the language is organic or still growing.

Is used at the ‘alleged’ end of a list to indicate that further items are included, it is sometimes shortened to Etc. It literally means ‘and other things’.

Et cetera is quite commonly used in the English language and as the language is still evolving it can be used in many different ways.

If you learned Latin at school, and people don’t now, you will find the Latin words quite interesting as they crop up in medicine and often in law as well. In fact, if you have ever been to court you will know they are in common use.

The Difference Between Et Al and Et Cetera

As you can see they are quite different words with one meaning ‘and others’ and the other meaning further similar items on the list ( not listed).

When you are trying to master languages, there is usually a point of epiphany when everything becomes clear. This happened to me when I stopped studying Latin and concentrated on English everything became much clearer.

Those appearing before the ethics committee for one reason or another will be health professionals and have a knowledge of Latin roots. This is just as well as the terms et al and et cetera are in common usage and when you are presenting your case it is both medico/ legal (medicine and law) so it is important to be seen to know what you are talking about.

Another area where a lot of Latin is used is in writing medication orders or chemist prescriptions, another medical requirement. If your prescription says q.i.d Latin for ‘quarter in die’ It means take your medication four times a day. Why don’t they just say take it four times a day it would be much clearer.

Another place where you hear a lot of Latin is in Church, in the Catholic Church often the whole mass is in Latin, In the Anglican Church, they seem to have converted to English. In order to remain relevant, the English used really has to move with the times Carpe diem (seize the day) and modernize the language. I think it means to ‘enjoy the day and don’t worry about the future’. It might be a good thing to do in these difficult times.

So as you can see Et Al and Et Cetera are quite innocuous and less confusing ways to use Latin, and for the sake of our language we should keep these words in usage and many words are now being lost in the translation. I for one like being able to ‘sprinkle’ a bit of Latin around, both in conversation and when I am writing as I feel that it helps to keep the language alive, and this is just what we need.

A recent conversation with my 18-year-old grandson would indicate that the English language is in a serious decline and I am not sure where it will end. In fact, I came away feeling very unclear about what had just been said, if the language keeps changing at this rate I may end up not understanding a word.

What Is Et Al? Infographic 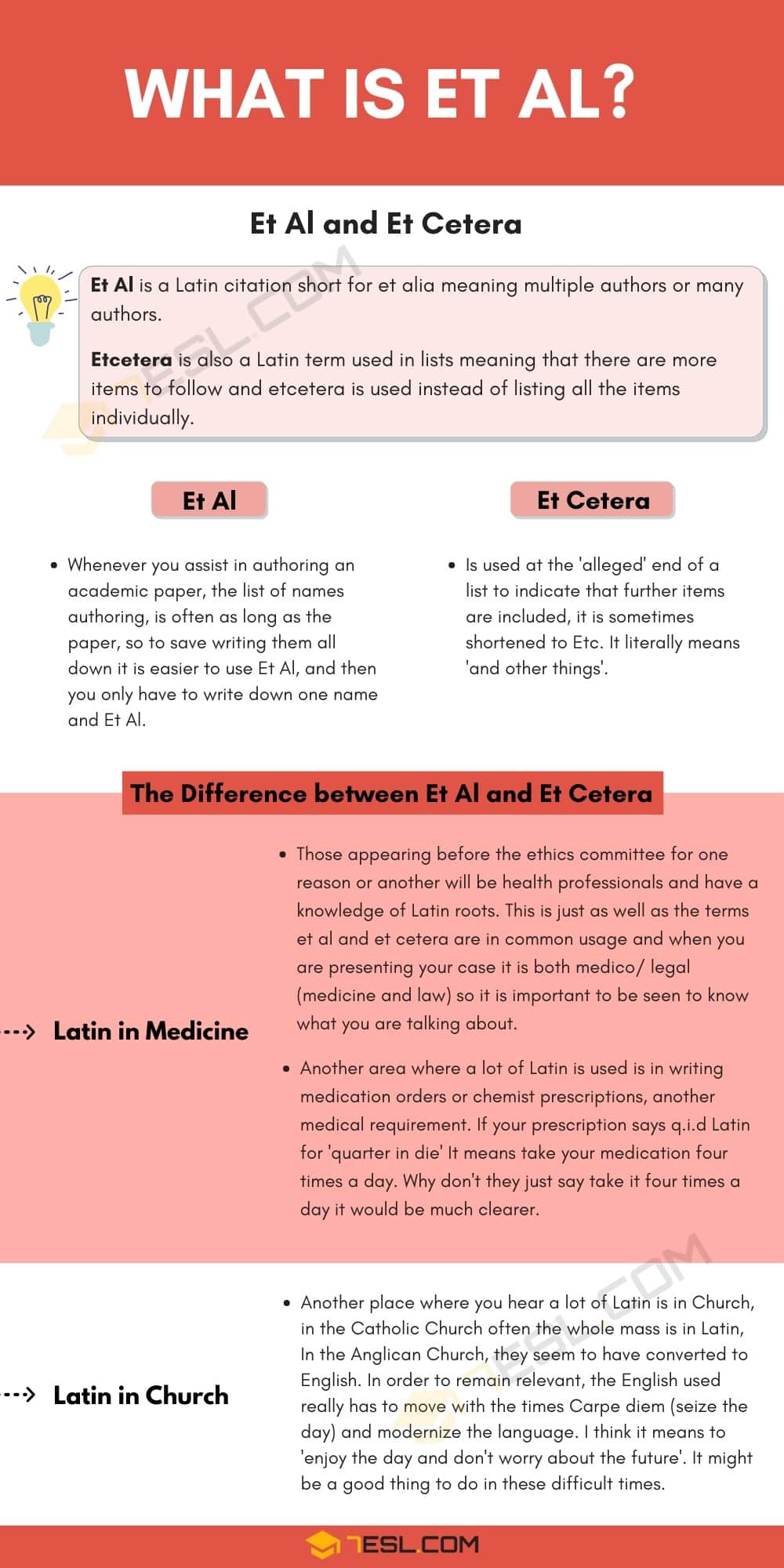