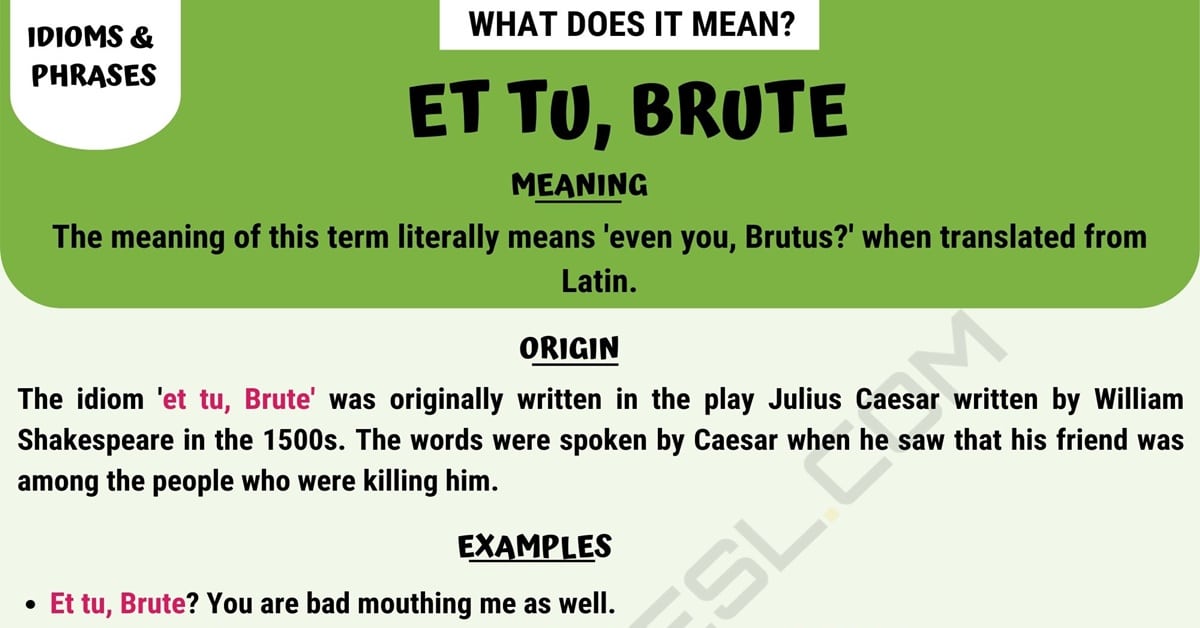 If you have ever heard someone use the term ‘et tu, Brute’ in a conversation, you may have wondered what it means. We are going to look at the meaning of this phrase and where the saying came from. We will also look at how the term can be used in a conversation.

The meaning of this term literally means ‘even you, Brutus?’ when translated from Latin.

Origin of this Phrase

The idiom ‘et tu, Brute’ was originally written in the play Julius Caesar written by William Shakespeare in the 1500s. The words were spoken by Caesar when he saw that his friend was among the people who were killing him.

If you are interested in conveying the meaning of the term ‘et tu, Brute’ in another way, here are some examples of how you might say it.

Here are some examples of how you would use the term in a statement. The first example is made by someone who has discovered their friend talking about them behind their back.

This next example is a statement where the person is showing surprise that their wife has taken part in him losing his job.

If you are curious as to how to use the term ‘et tu, Brute. in a conversation, here are some examples to show you how it would fit in. The first conversation is between two friends, one of whom is confessing to betraying their friend.

This next example shows a conversation in which two people are discovered taking their friend’s money. 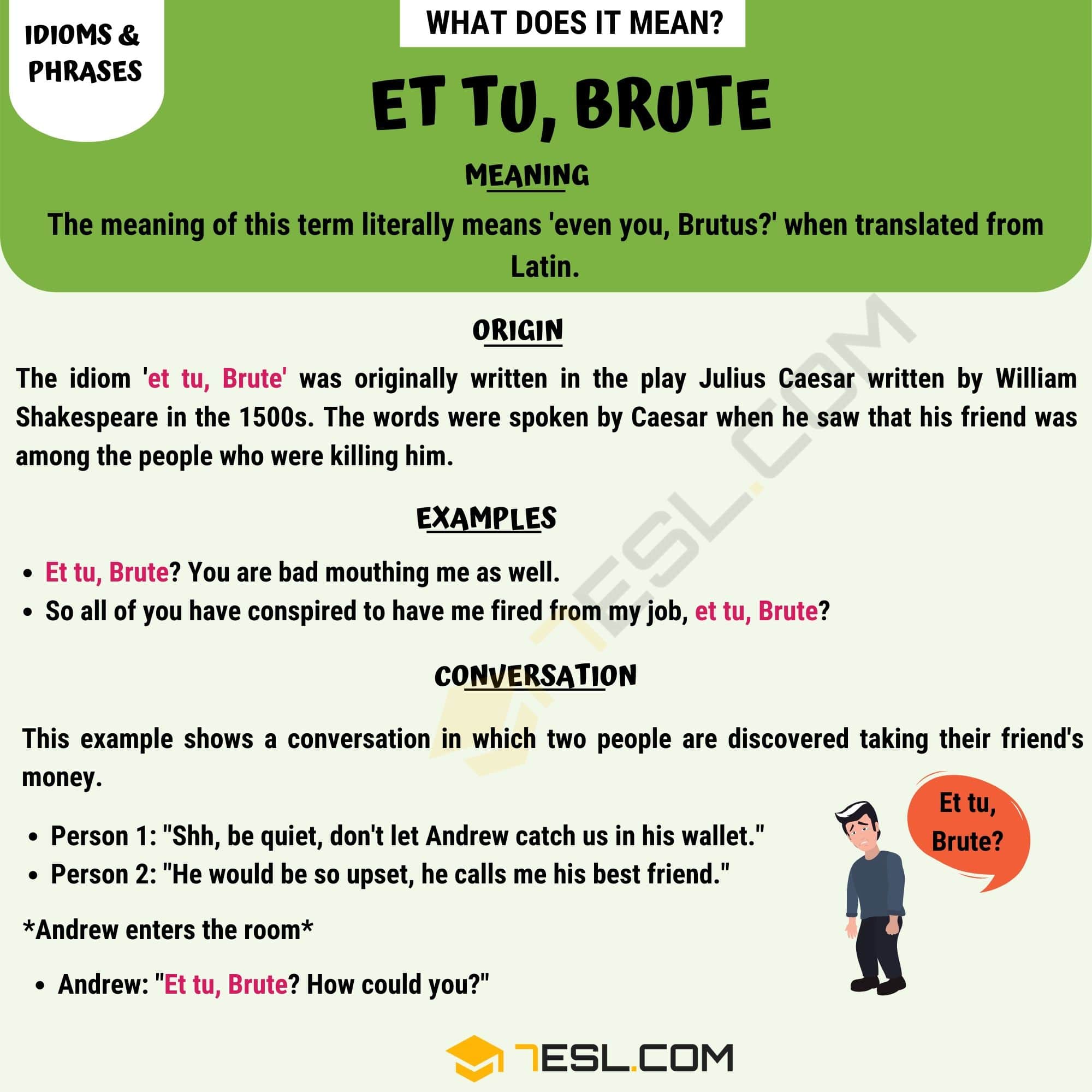