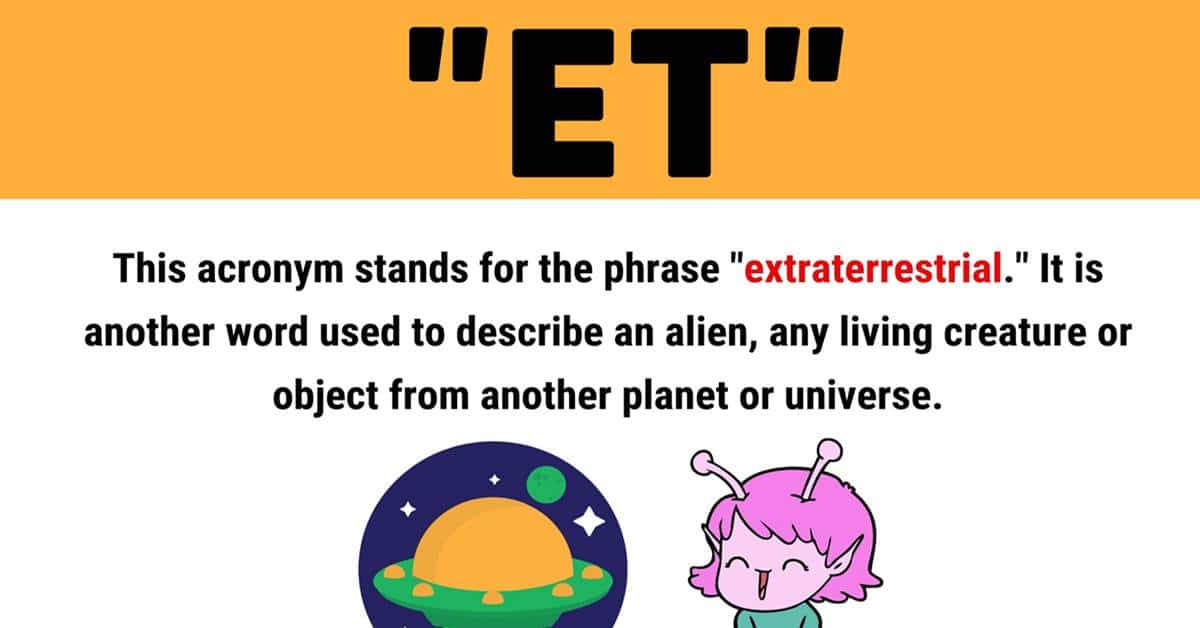 What does ET mean? If you are a child of the 80s, then you probably already know what this term means due to the popularity of a film of the same name. However, if you have arrived here, then that means you are looking for an explanation regarding this term because you are probably wondering what it means. Fortunately, you have come to the right place. Here you will find the meaning of this phrase, an explanation of its origin, and some other meanings. You will have the opportunity to read through some example conversations that illustrate the proper usage of this term to help you further understand its meaning. At the end of the article, you will see some synonymous words or phrases that you can use to replace this term in conversation that still convey the same meaning.

What Does ET Mean?

This popular acronym stands for the phrase “extraterrestrial.” It is another word used to describe an alien, any living creature or object from another planet or universe.

This acronym was first used to represent the phrase above sometime between 1865-1870. It is derived from the two words “extra” meaning “outside” and the word “terrestrial” meaning “relating to Earth or of Earth.”

There are several words that you can use in place of this term in conversation that bear the same meaning. Some of the words or phrases you could use instead include: 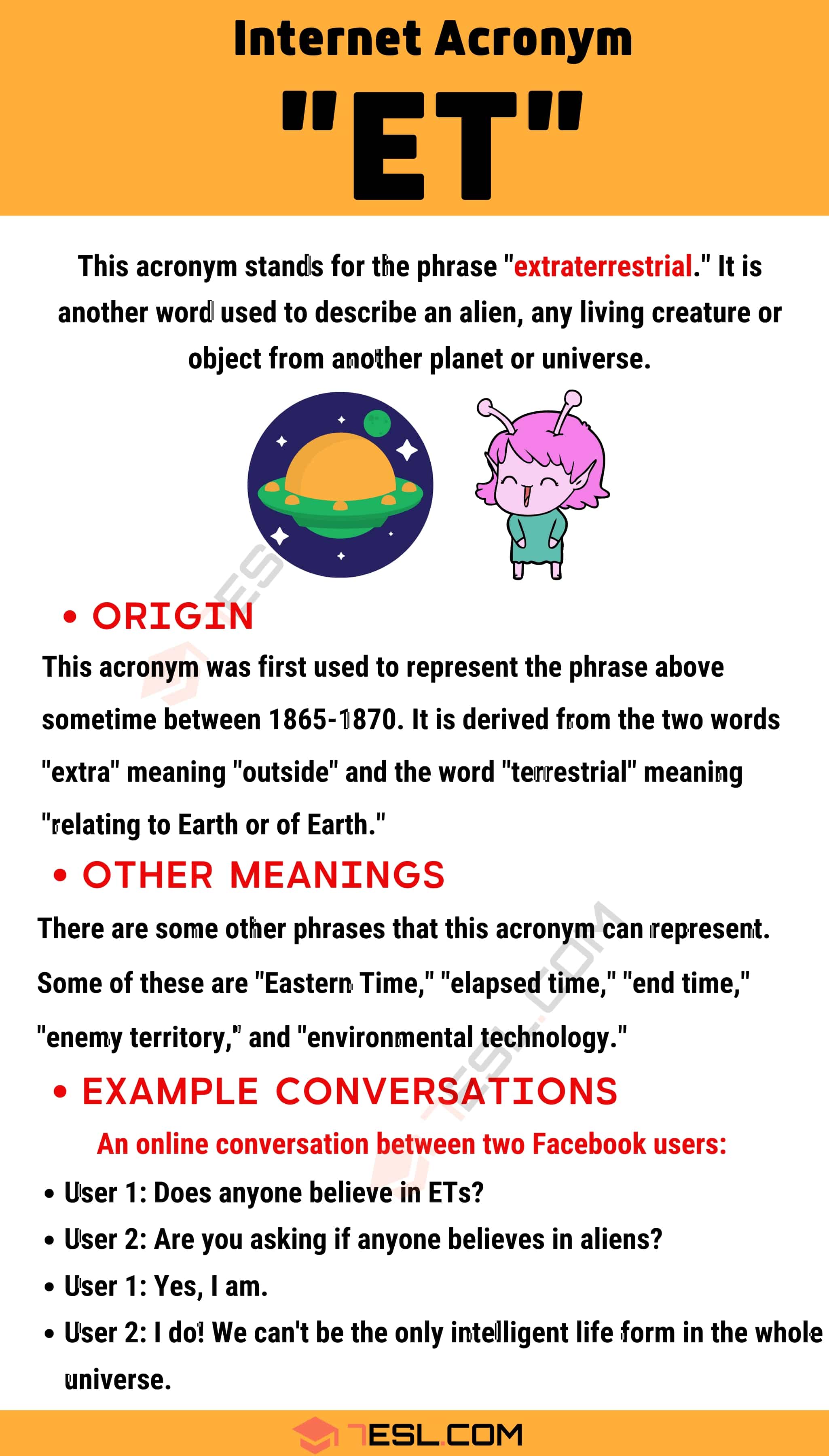