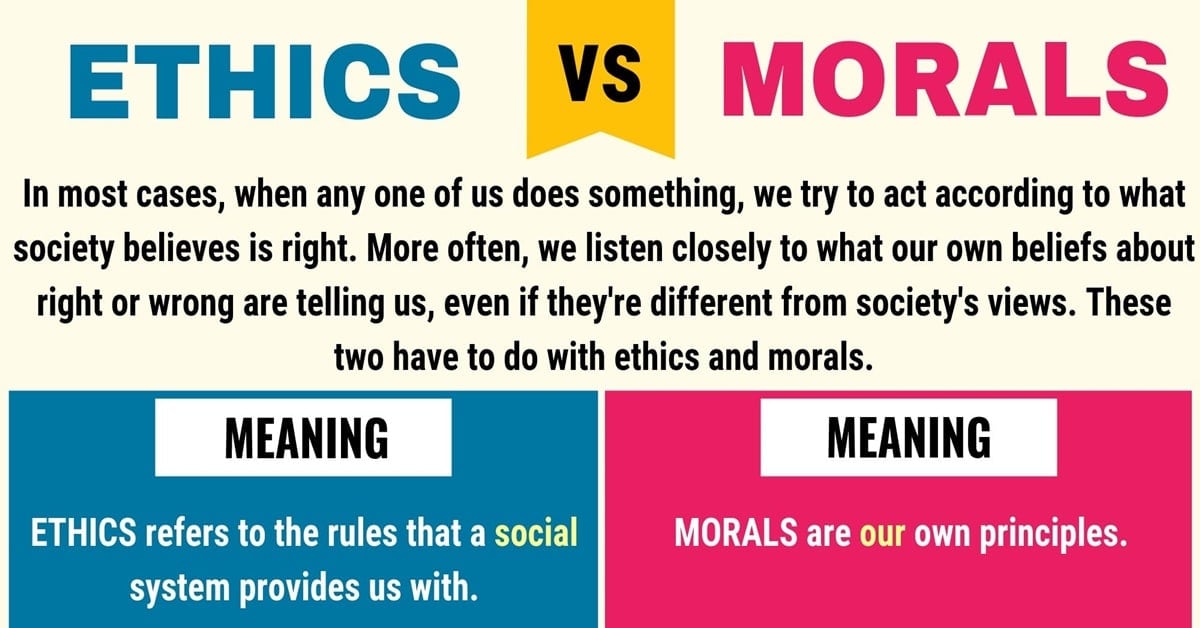 Ethics vs. morals! In most cases, when any one of us does something, we try to act according to what society believes is right. More often, we listen closely to what our own beliefs about right or wrong are telling us, even if they’re different from society’s views. These two have to do with ethics vs. morals. Even though these words are used interchangeably by many, there is a big difference in the meanings.

ETHICS refers to the rules that a social system provides us with. These are the codes of how to act in a workplace, in a public place, in a church, or anywhere else where other people are present. It’s necessary to act according to ethical principles even if they don’t agree with your own feelings. Because If you don’t, other people are likely to start judging you. MORALS, in contrast, are our own principles. When we act according to morals, we do something because we personally are certain that this is the right thing to do.

How to Use Ethics vs. Morals Correctly?

Ethics are generally very consistent in the same context. For example, no matter which hospital you go to, you can expect pretty much the same type of behavior from any doctor. Still, if you need legal services, the ethics of any given lawyer will be different from the ethics of any given doctor. Therefore, ethics vary depending on the context to which they apply.

The moral principles that a person has are normally the same, regardless of the context, so he can be expected to act the same way both around a doctor and a lawyer if he feels that it’s the right thing to do. However, an event can occur that will be able to radically change what the person values and believes in.

Sometimes conflicts between morals vs. ethics can occur. For instance, even if a doctor personally believes that his patient has the right for euthanasia, he can’t perform this procedure because of ethical standards. Similarly, a lawyer who knows that his client is guilty of murder, probably believes that such a crime is a terrible thing to do. Nevertheless, the ethics of his profession force him to defend his client, no matter what.

The fact that someone follows ethics doesn’t mean that they have any morals. An example would be a person who doesn’t steal because this is a crime punishable by law, not because he actually believes that stealing is wrong. On the other hand, a person who has morals is likely to also have ethics, even if this isn’t his intention. This is the case when someone doesn’t steal because he doesn’t think it’s right. Here, this person’s morals agree with the ethics of society.

Difference between Morals vs. Ethics | Picture 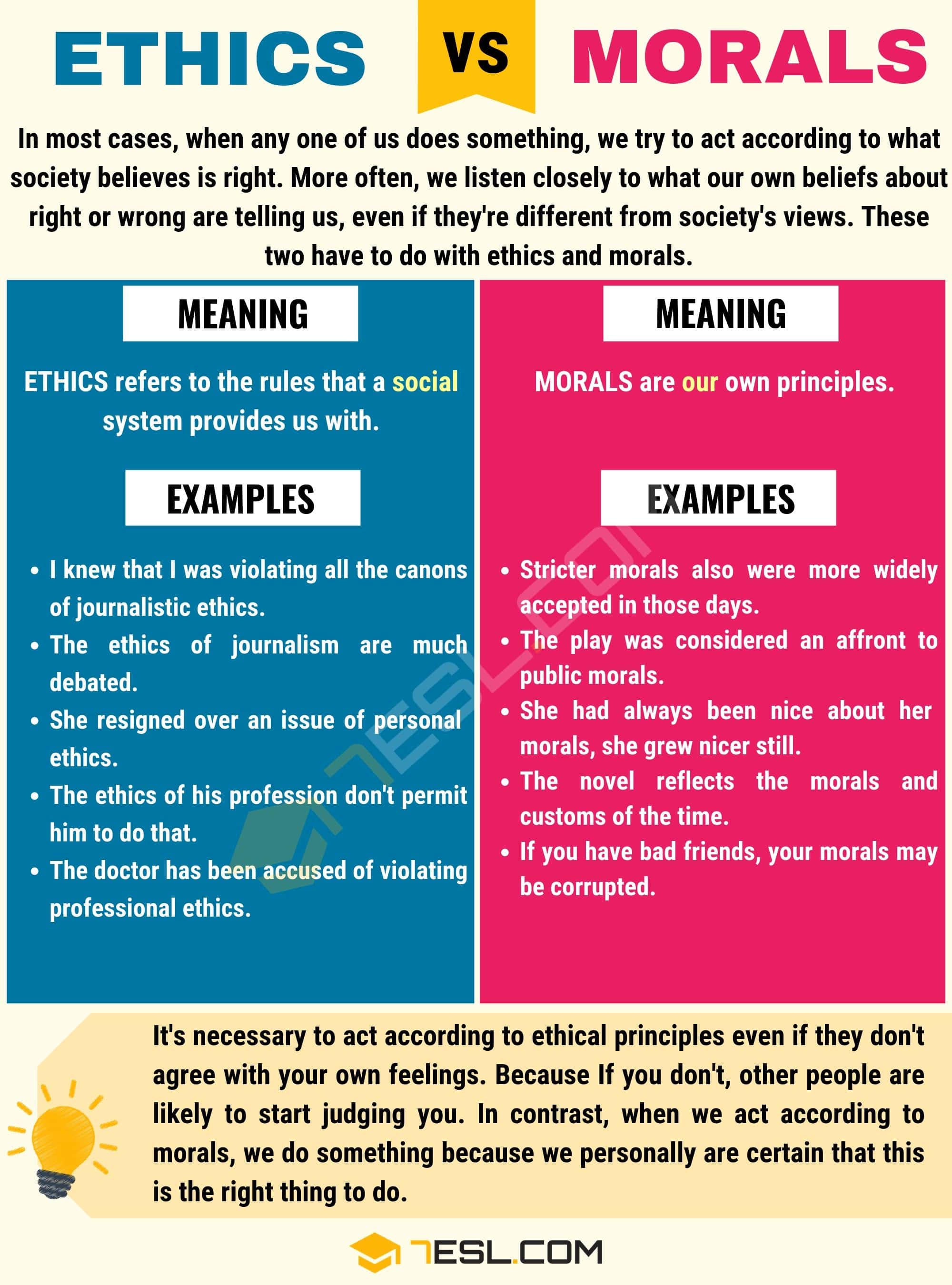 Ethics vs. Morals: When to Use Morals vs. Ethics

I love the contents

Differenciate between ethics and morality