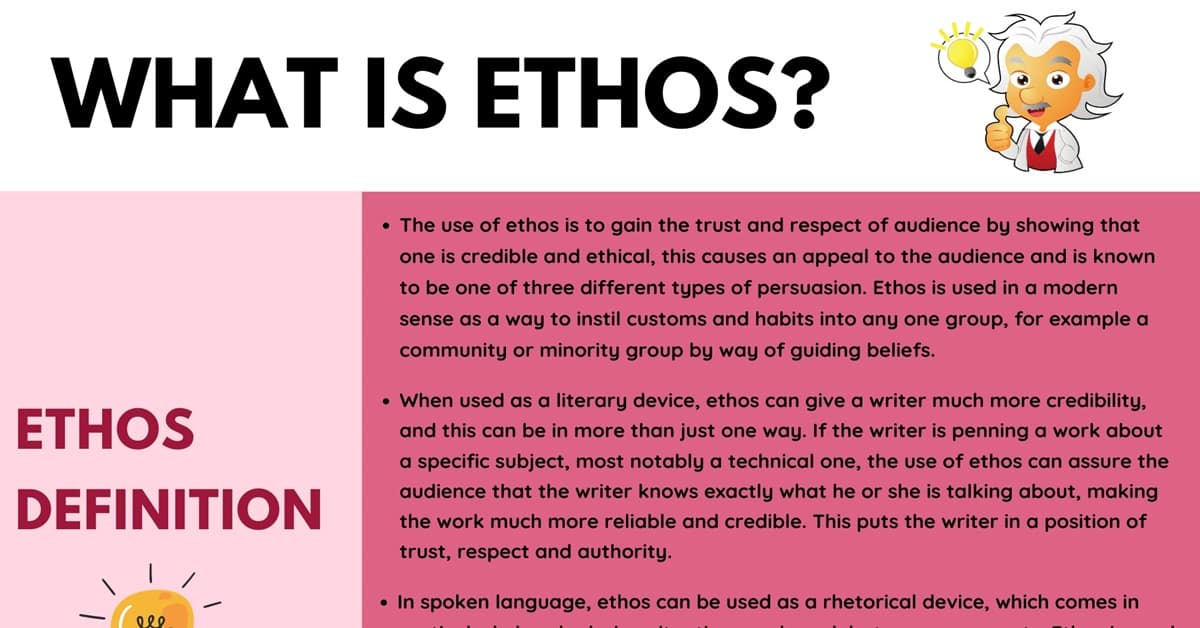 You may have heard of the technique called ethos, and you may also have wondered how it is used and when. In this article we are going to explore the meaning of ethos and how it can be used within both a literary context as well as in spoken language. We are also going to take a look at some examples in order to further broaden our understanding of how ethos might function.

The use of ethos is to gain the trust and respect of audience by showing that one is credible and ethical, this causes an appeal to the audience and is known to be one of three different types of persuasion. Ethos is used in a modern sense as a way to instil customs and habits into any one group, for example a community or minority group by way of guiding beliefs.

When used as a literary device, ethos can give a writer much more credibility, and this can be in more than just one way. If the writer is penning a work about a specific subject, most notably a technical one, the use of ethos can assure the audience that the writer knows exactly what he or she is talking about, making the work much more reliable and credible. This puts the writer in a position of trust, respect and authority.

In spoken language, ethos can be used as a rhetorical device, which comes in particularly handy during situations such as debates or arguments. Ethos is used as a way to back up the argument of the speaker, therefore convincing listeners that they have a good knowledge of the subject and are likely a credible source of information on it.

What Are The Origins Of Ethos?

Ethos is a word which comes from the Greek language and tends to mean habit or custom. It can be originally attributed to the great Aristotle who coined the term in the way that we use it today. He came up with the ‘ingredients of persuasion’ otherwise known as the ‘appeals’ in which ethos was included, alongside logos and pathos.

There are many examples of ethos being used in spoken language, this is especially true when it comes to speeches. Let’s take a look at some examples of how this might work.

As we mentioned, ethos is a very useful tool for an author and has been used throughout history as a way of persuading and appealing to an audience. We are now going to take a look at some examples of how ethos is used as a literary device.

Ethos is a literary or rhetorical device used in both spoken and written language. It is a way to confirm that the writer is credible and this leads to the audience giving them more trust and authority over a subject. When a writer of speaker wishes to employ the use of ethos, it is important that they choose the correct words to have most dramatic effect on their audience, that being said having some expertise in an area can also serve as a form of ethos. 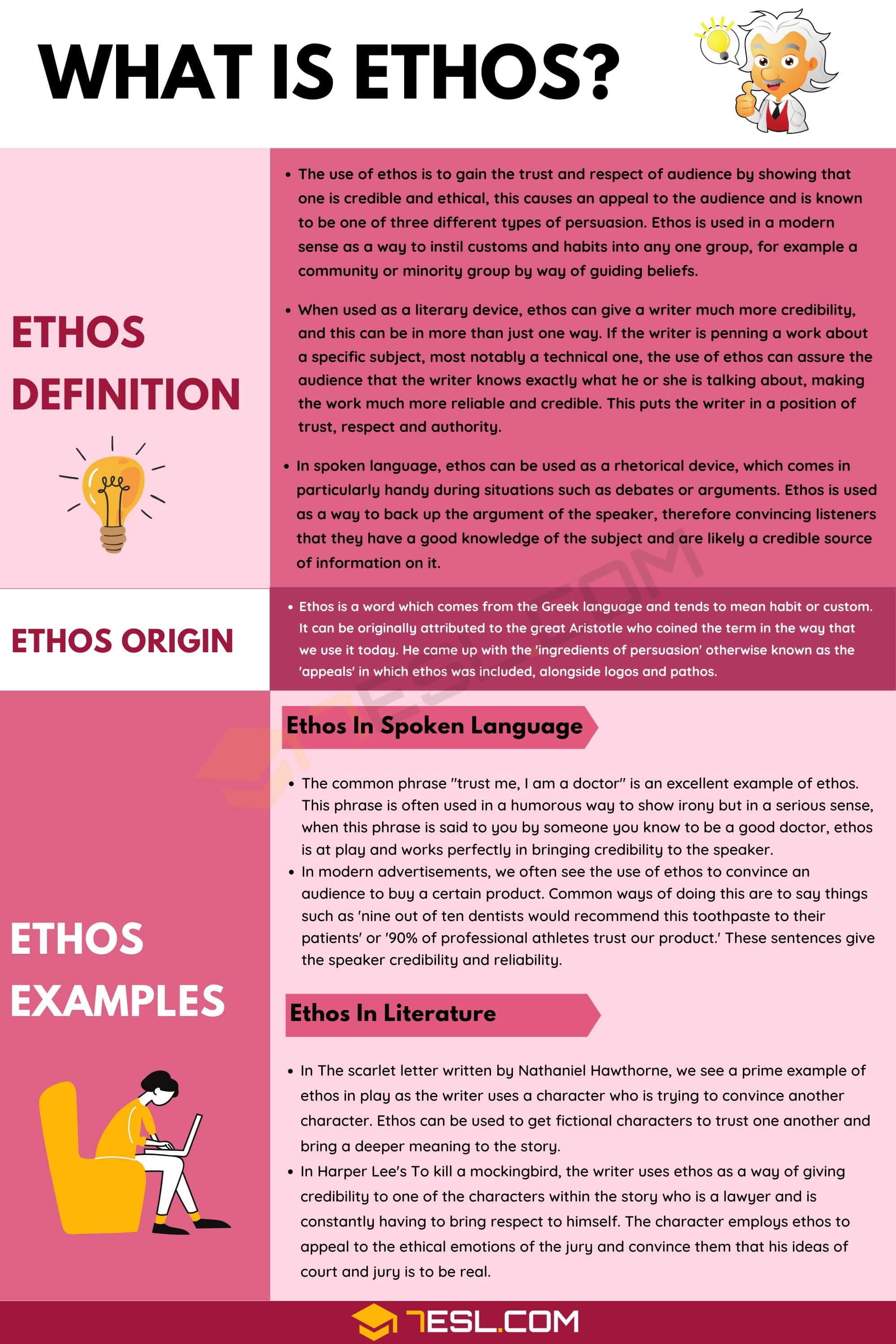