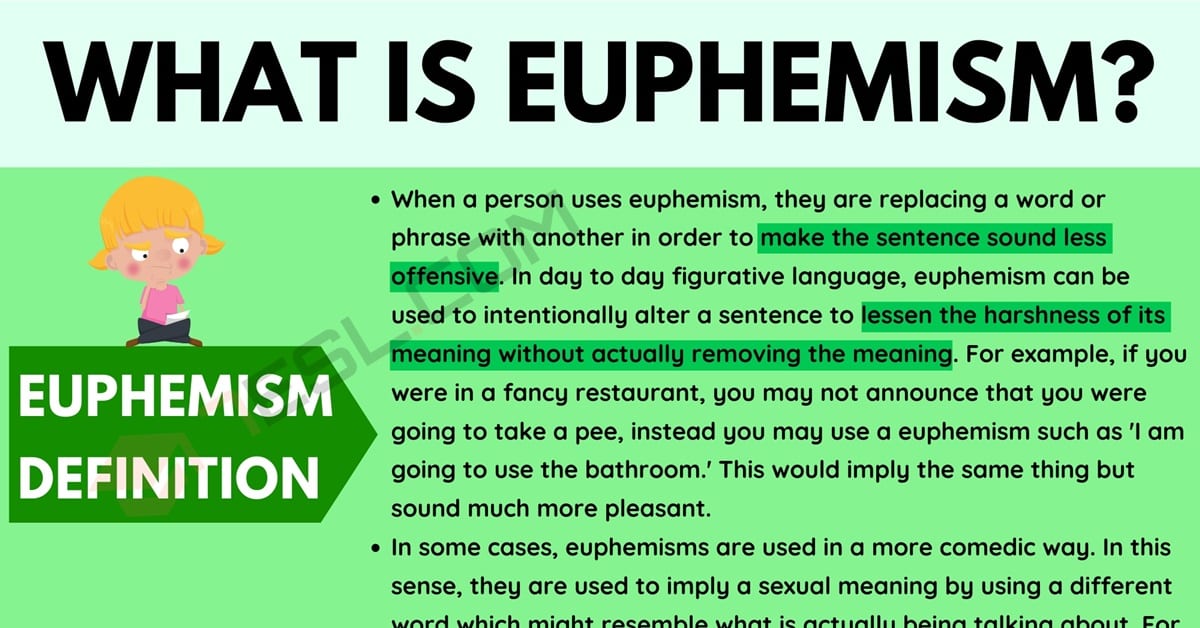 Sometimes during English speech or in written language, you will come across something called Euphemism, but what exactly is this? In this article, we are going to look further into what euphemism is and how it can be used in conversation. We will be looking at examples if euphemism in use, in both day to day speech and within the literature.

When a person uses euphemism, they are replacing a word or phrase with another in order to make the sentence sound less offensive. In day to day figurative language, euphemism can be used to intentionally alter a sentence to lessen the harshness of its meaning without actually removing the meaning. For example, if you were in a fancy restaurant, you may not announce that you were going to take a pee, instead you may use a euphemism such as ‘I am going to use the bathroom.‘ This would imply the same thing but sound much more pleasant.

In some cases, euphemisms are used in a more comedic way. In this sense, they are used to imply a sexual meaning by using a different word that might resemble what is actually being talk about. For example, the use of the eggplant emoji to refer to a penis in texting would fall under the category of euphemism.

In some cases, it is fun for the listener or reader to interpret the euphemism in their own way. Even though most euphemisms have a generic meaning, one can use the imagination to make up their own meanings.

Examples of Euphemism in Day to Day Conversation

There will be many times in which you might hear a euphemism used during a conversation. We are going to look at some examples of euphemism as well as what it is that they are replacing.

Examples of Euphemisms Used in Literature

Very often writers will include euphemism in their work in order to create a less offensive phrase which will still carry the same meaning. We will now take a look at some of the times in which euphemism has been used in plays, poetry, songs and more.

In summary, euphemism is used to alter a phrase or word in order to make it less offensive to the reader or the listener. The word is phrase is replaced by something which still holds the same meaning but will sound much more pleasant.

Euphemism is used often in daily speech and can be found on many occasions in the written text such as poetry or books. 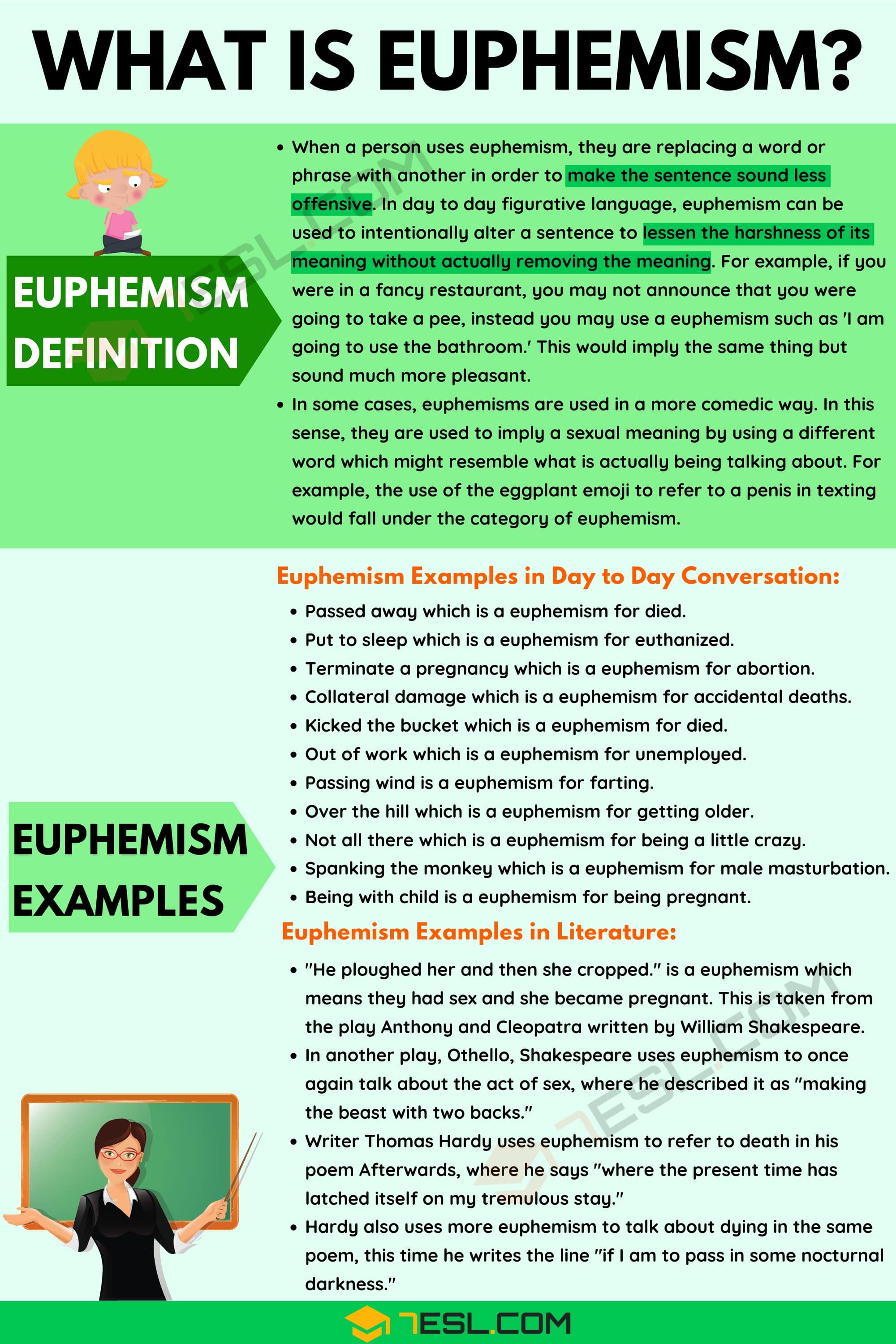 i think the Pacific ocean is a euphemism (because it is not a peaceful ocean ..instead there are storms there