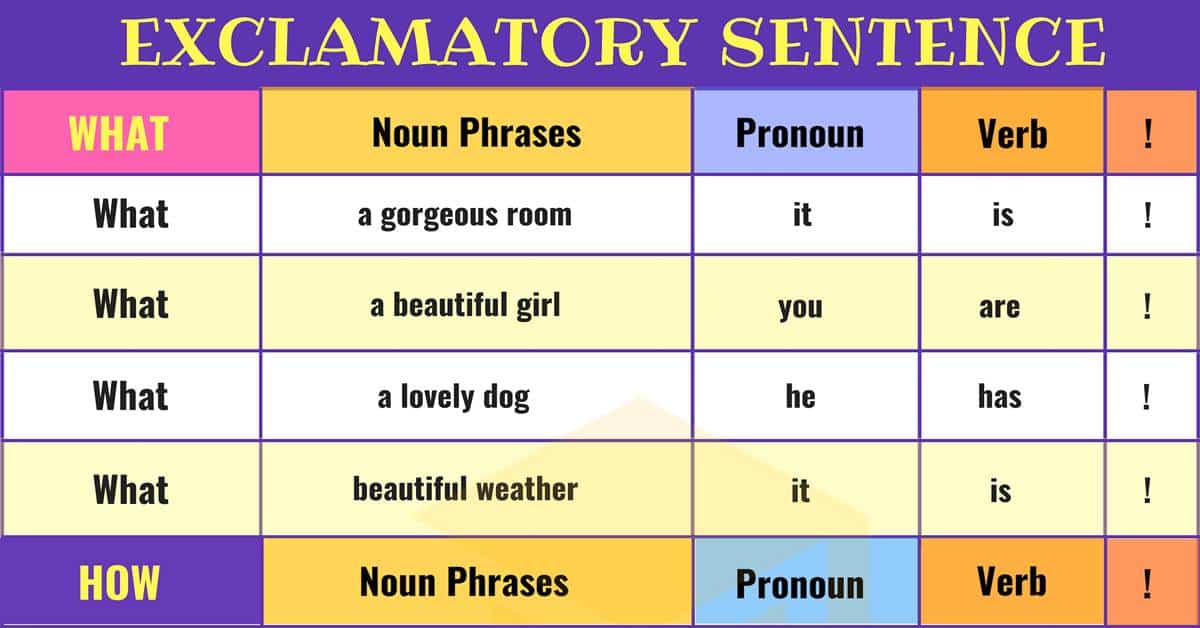 Exclamatory Sentences! When you make a statement which shows emotion and ends with an exclamation point, this is called an exclamatory sentence. These are used very frequently within the English language and are a useful tool to have in your vocabulary as a way of expressing yourself.

In this section, we are going to take a look at how an exclamatory sentence works and how they are formed as well as multiple examples showing you the various things you might say. This is a great way to make your English sound much more like a native speaker.

What is an Exclamatory Sentence?

How to Form Exclamatory Sentences?

In order to form Exclamatory Sentences, sentences must begin with “what” or “how”, be non-interrogative, and contain a shift in the typical word order.

Using what a before a singular noun.

Using how before a modifying adjective, an adverb or a verb.

Using so before an adjective or adverb to make exclamations or to express a superlative idea.

Such expresses the same idea as so, but it is used with nouns (with or without a companion adjective) 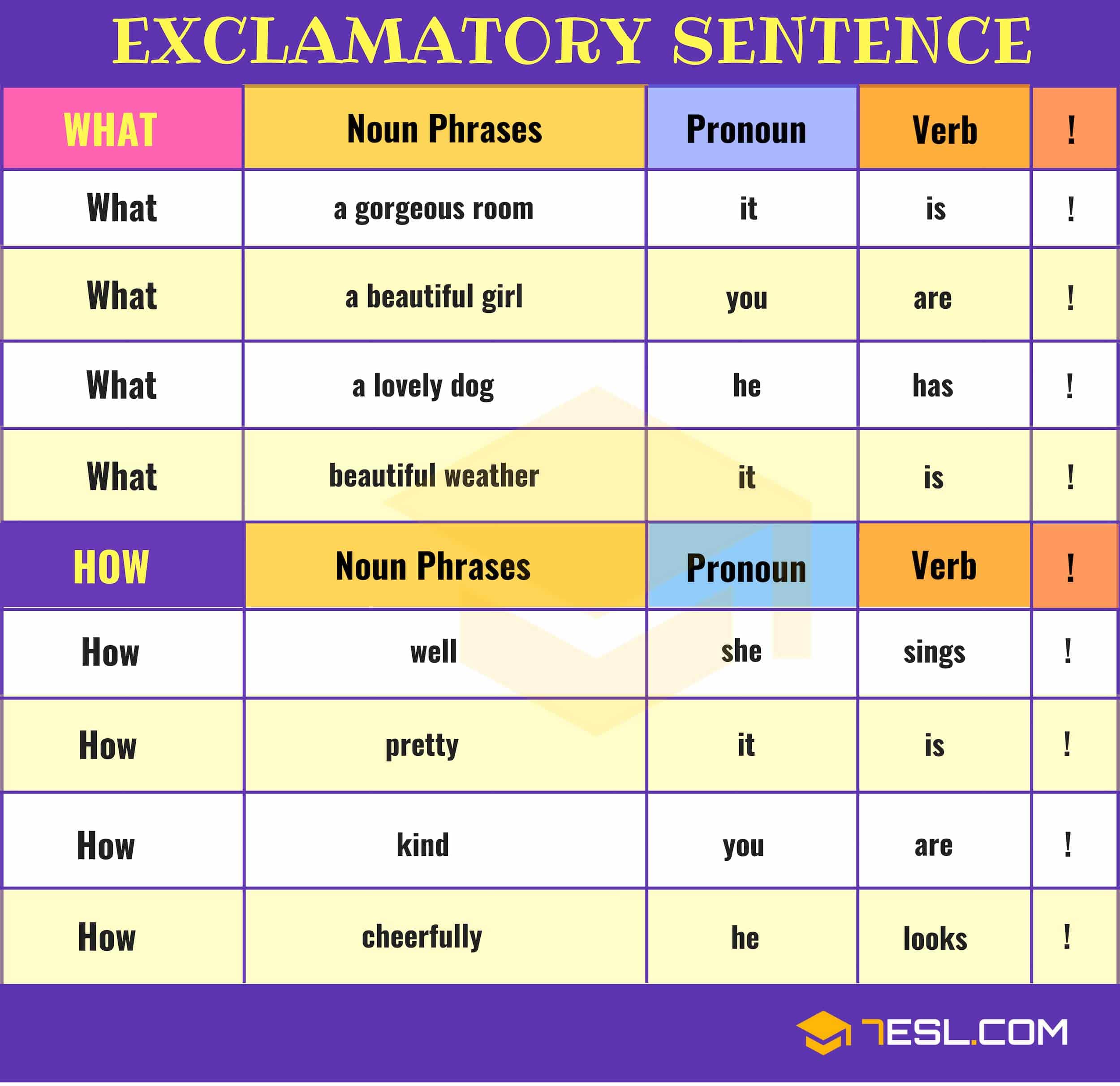 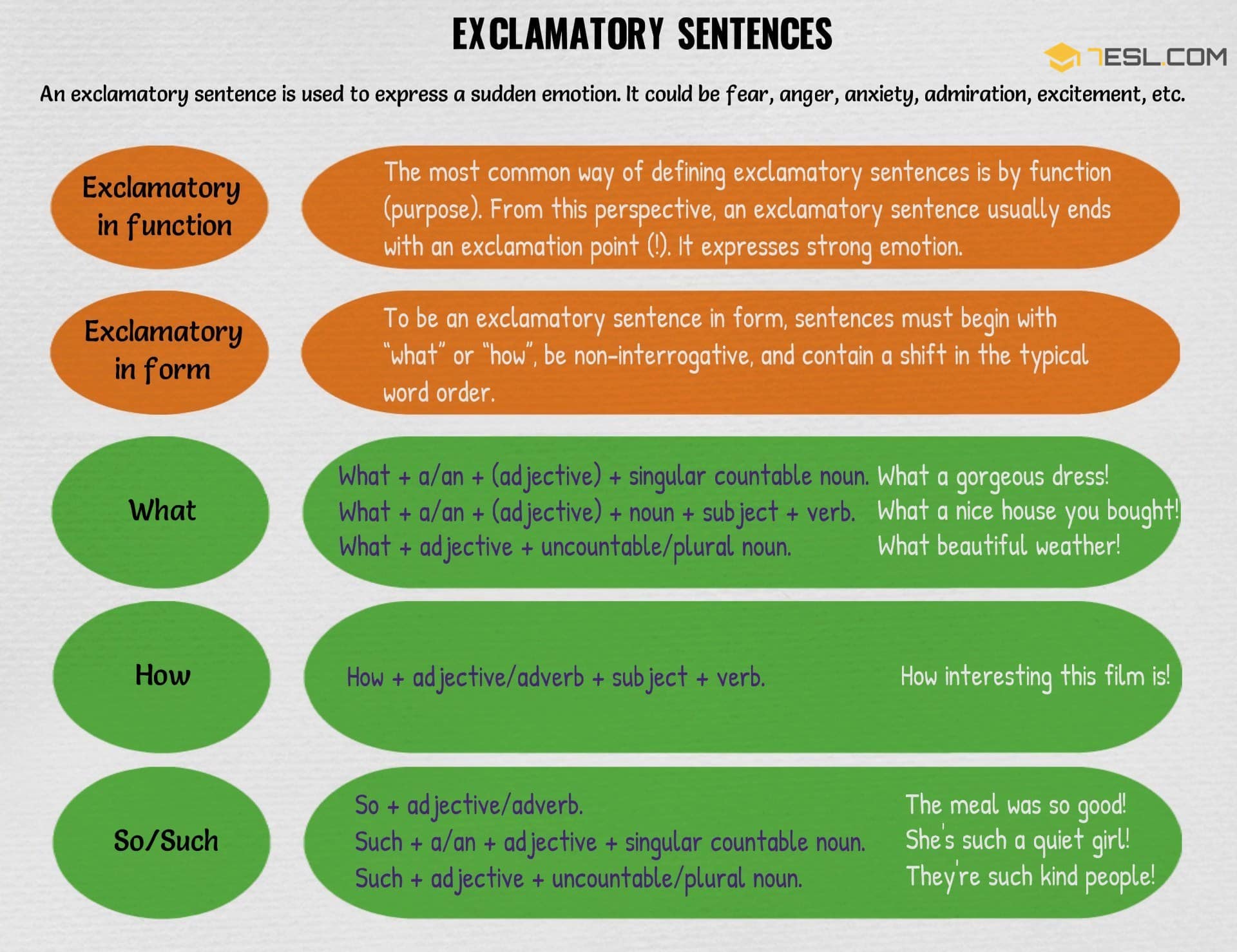