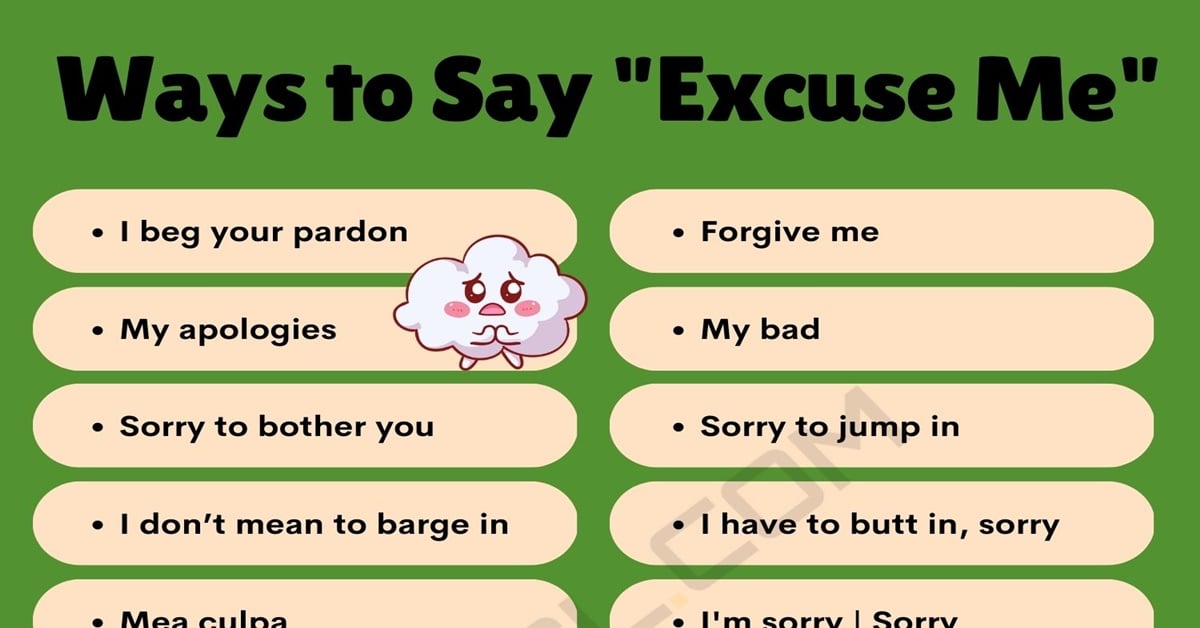 There’s no doubt that we all use the phrase “excuse me” in our day-to-day communication. It’s one of the most widely used English phrases, so it’s important to learn how to use it properly both formally and casually. It’s also essential to know other synonyms to this popular phrase or rather learn other ways to say “excuse me”.

So without further ado, let’s jump straight in.

What Does “Excuse Me” Mean?

For example, this popular English phrase can be used to politely attract someone’s attention, especially when starting a conversation.

You can also use this phrase as a polite way of asking someone to move out of the way for you to pass.

Another popular way to use “excuse me” is when you’re apologizing for something you’ve done unintentionally or accidentally and could be annoying to other people such as sneezing or coughing.

However, the most common way to use “excuse me” is when you’re politely and respectfully asking someone to repeat something they’ve said because you didn’t hear it.

Other Ways to Say “Excuse Me”

Given the different meanings of this popular phrase, there are both formal and informal ways of using it.

Formal Ways of Saying “Excuse Me”

Here are other formal ways of saying “excuse me”.

This can be used when you’re politely asking someone to repeat what he’s just said.

Example: I beg your pardon, kindly be louder.

This can be used when politely and respectfully asking to disagree with a given point.

Example: Forgive me, I think this is not the right way of doing it.

This is a polite way to excuse an action that you’ve done intentionally or accidentally such as sneezing or coughing.

Example: My apologies, I didn’t mean to be late.

Informal Ways to Say “Excuse Me”

This is an informal way of taking responsibility for doing something bad or making a mistake.

Example: My bad, I was wrong on this one.

This can be used to catch someone’s attention or interrupt them.

Example: Sorry to bother you; is this the right way to Manhattan?

This is an informal but polite way of interrupting someone.

Example: Sorry to jump in, but I’ve been trying to book an appointment with you for the last three weeks.

Slang Ways to Say “Excuse Me”

This is a very casual way of interrupting someone.

Example: I don’t mean to barge in, but let me join in on your conversation.

This is a very informal way of giving an opinion or joining a conversation on something that doesn’t concern you.

Example: I’m sorry I have to butt in, but I do not think this is the right direction to take.

Alternatives to Say “Excuse Me”

As you can see, there are various ways to say “excuse me” without actually using the phrase. Your English won’t sound too boring if you try these phrases instead of using the widely used “excuse me”.

Ways to Say “Excuse Me” | Picture 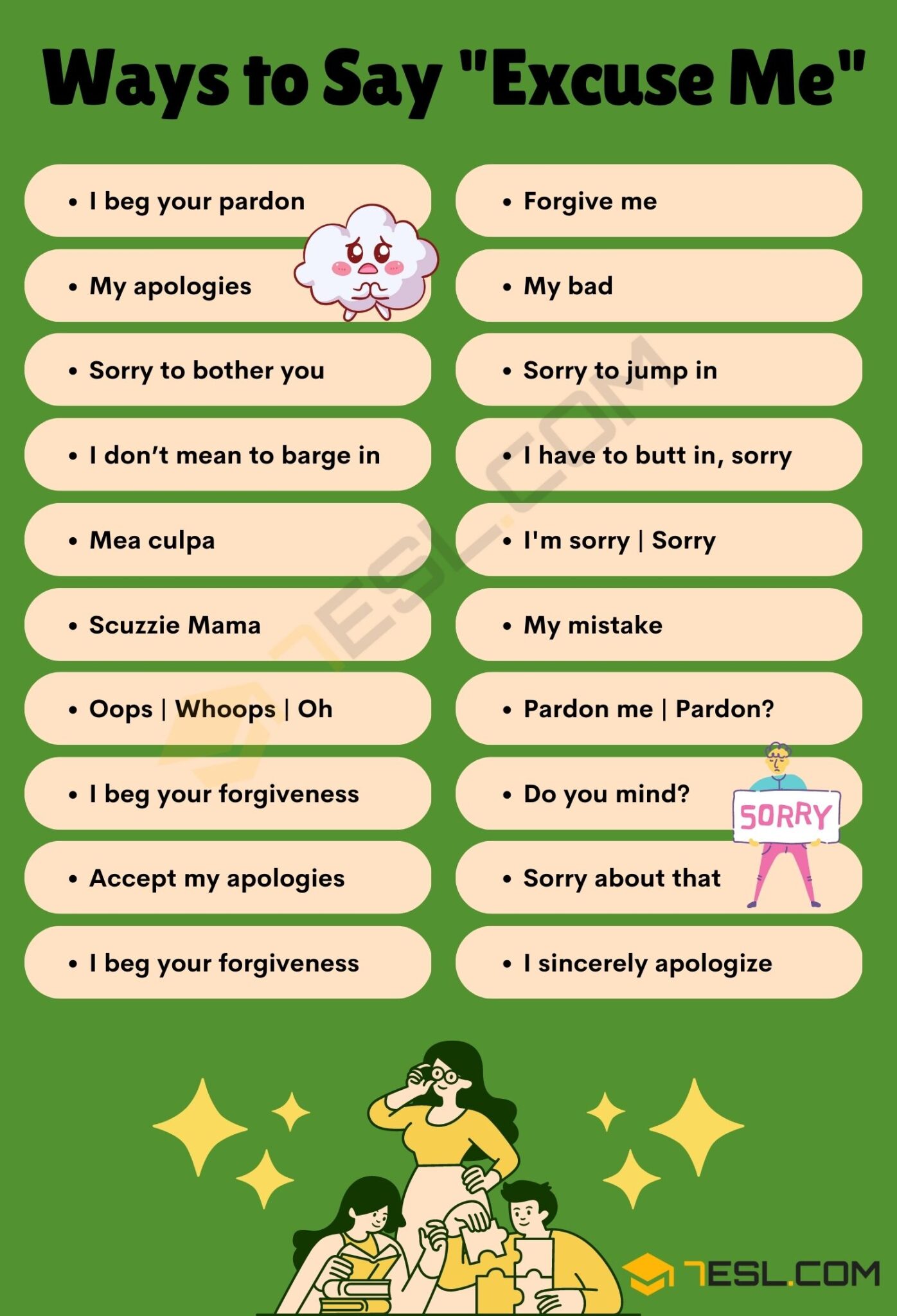