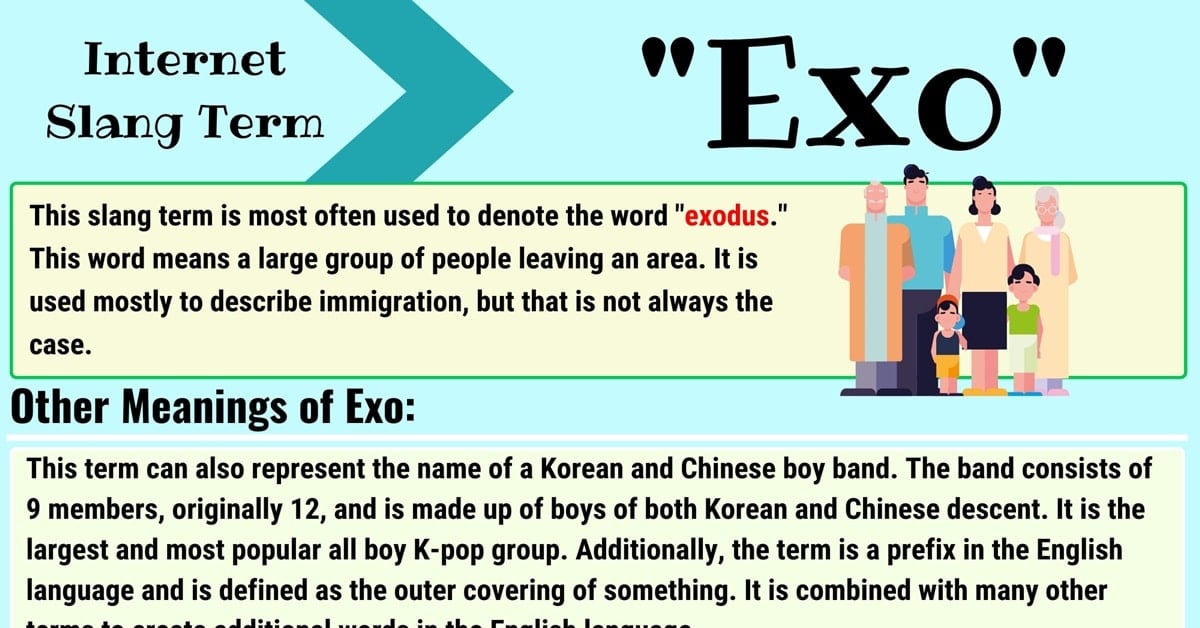 Generally when people hear of see the term “exo” used, they think of exoskeleton or exorcism. While this word can have its own meaning as a prefix, when used as a standalone term, it means something different. In this piece of writing, you will unearth this meaning and discover some other characteristics of the slang term including its origin and other meanings.

You will also become privy to some conversation examples to assist you in understanding its meaning a little better. Lastly, you will uncover some other words that you can use as a substitution for this term in everyday conversation.

What Does Exo Mean?

This slang term is most often used to denote the word “exodus.” This word means a large group of people leaving an area. It is used mostly to describe immigration, but that is not always the case.

The term “exodus” is the name of a book in the Bible where the Israelites leave Egypt in order to escape being slaves to the Egyptians. Following its usage in the Bible, the word was first used again sometime in the 17th-century meaning the definition that has been stated above. The term was originally derived from the Latin word “Exodos” which means “the road out.”

This term can also represent the name of a Korean and Chinese boy band. The band consists of 9 members, originally 12, and is made up of boys of both Korean and Chinese descent. It is the largest and most popular all boy K-pop group. Additionally, the term is a prefix in the English language and is defined as the outer covering of something. It is combined with many other terms to create additional words in the English language.

An online discussion among two gamers. 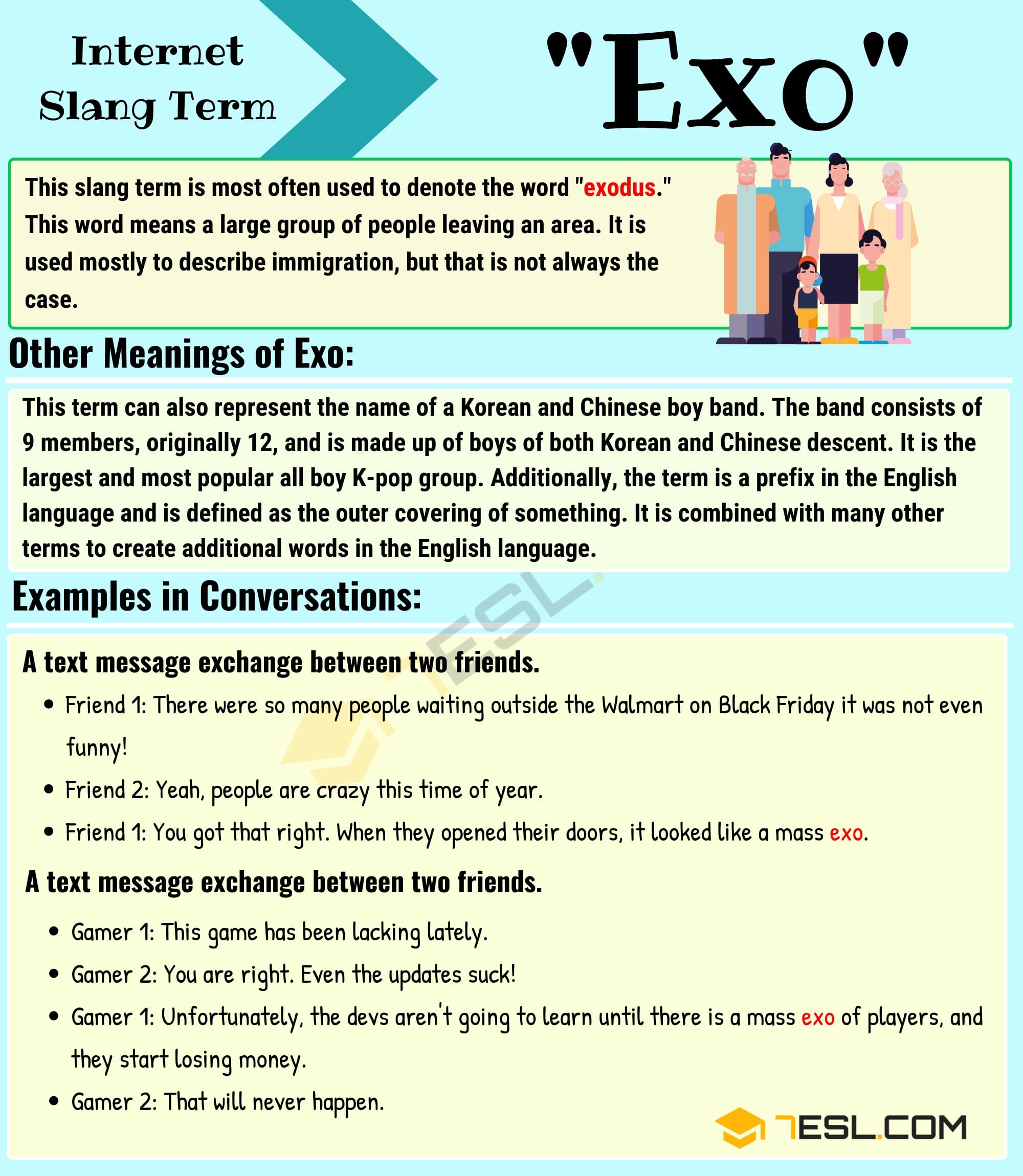