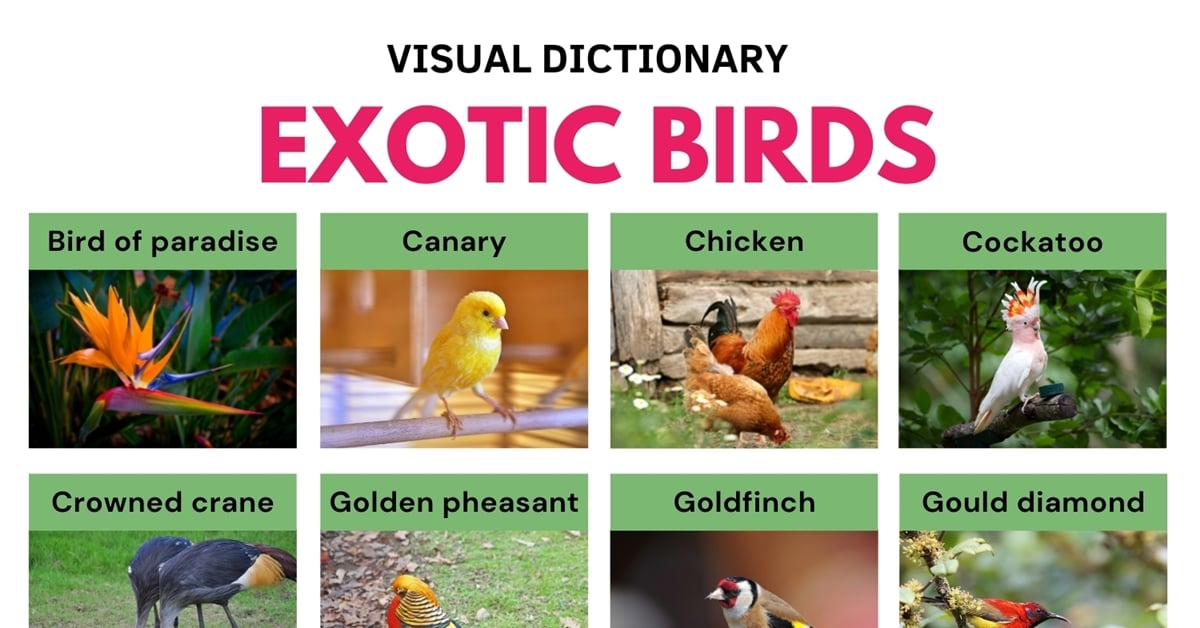 What are exotic birds? Our planet is home to a great variety of birds. At the same time, we can see some of them every day, others are practically unknown to us, and we can only observe them in specific areas for their conservation, such as zoos or nature reserves or through documentaries. These birds are considered exotic.

In this post we want to offer you the possibility to get to know them and become familiar with them, providing you with a list of the names of the exotic birds of the world, telling you about some of the best known and you may find some that you do not know yet.

What Are Exotic Birds?

When we talk about exotic birds, we refer to animals that are not native to where they are observed. These small birds, considered extraordinary in beauty, are usually native to the rainforests of Australia, Latin America, or Africa. In addition, we have the types of birds that are bred through a selection process and are also considered exotic.

There are more than 6,500 species of birds considered exotic, classified into several types:

Exotic Birds and Their Facts

The following is a list of the names of some of the world’s exotic birds:

It is native to Indonesia, New Guinea, and Australia. As its name indicates, it is a very colorful species, predominantly green, blue, and orange. Its habitat is tropical rainforest, coastal forest, and wooded areas.

Native to the Asian continent, in fact, it is an important symbol in Chinese culture. It stands out for its bright plumage with white and yellow tones that contrast with its reddish chest.

The resplendent quetzal is a well-known bird that many consider being the most beautiful in the world. These vibrantly colored exotic birds live in the tropical and mountainous forests of Central America, where they eat fruits, insects, lizards, and other small creatures.

It is a medium-sized bird and undoubtedly one of the most beautiful birds in nature. It has its origin in New Guinea. Its colors can vary from red to blue through colors such as yellow and blue, depending on where it lives.

It is a migratory bird found from southern Mexico to Colombia and Venezuela. It is larger than the previous ones, and one of the features that characterize it is its large, brightly colored beak.

Gould Diamonds are really striking tropical birds; they come from Australia and measure about 12 centimeters. They can’t leave you indifferent because their coloring is really assorted, colorful, and above all, spectacularly beautiful.

The Red-cheeked Cordonbleu is a bird that grows up to 11 centimeters long and comes from Africa. Its usual shades are blue and brown with a pinkish beak. It lives in the savannahs.

This large, brightly colored bird comes from South America and eastern Panama. It lives in mountainous forests and tropical jungle areas. It is a friendly animal.

The nymph cockatoo is part of the Australian cockatoos but is the smallest of the species. They measure 25 to 33 centimeters long and weigh about 100 grams. Their plumage is gray, with two exceptions, and they also have orange spots on the sides of their faces. Today it is one of the most commonly used birds as a pet.

It is native to Africa, although it also inhabits the most humid areas of the continent. It is considered exotic due to the peculiar golden bow on its head. It also has an unusual habit among cranes, as it usually perches on tree branches. 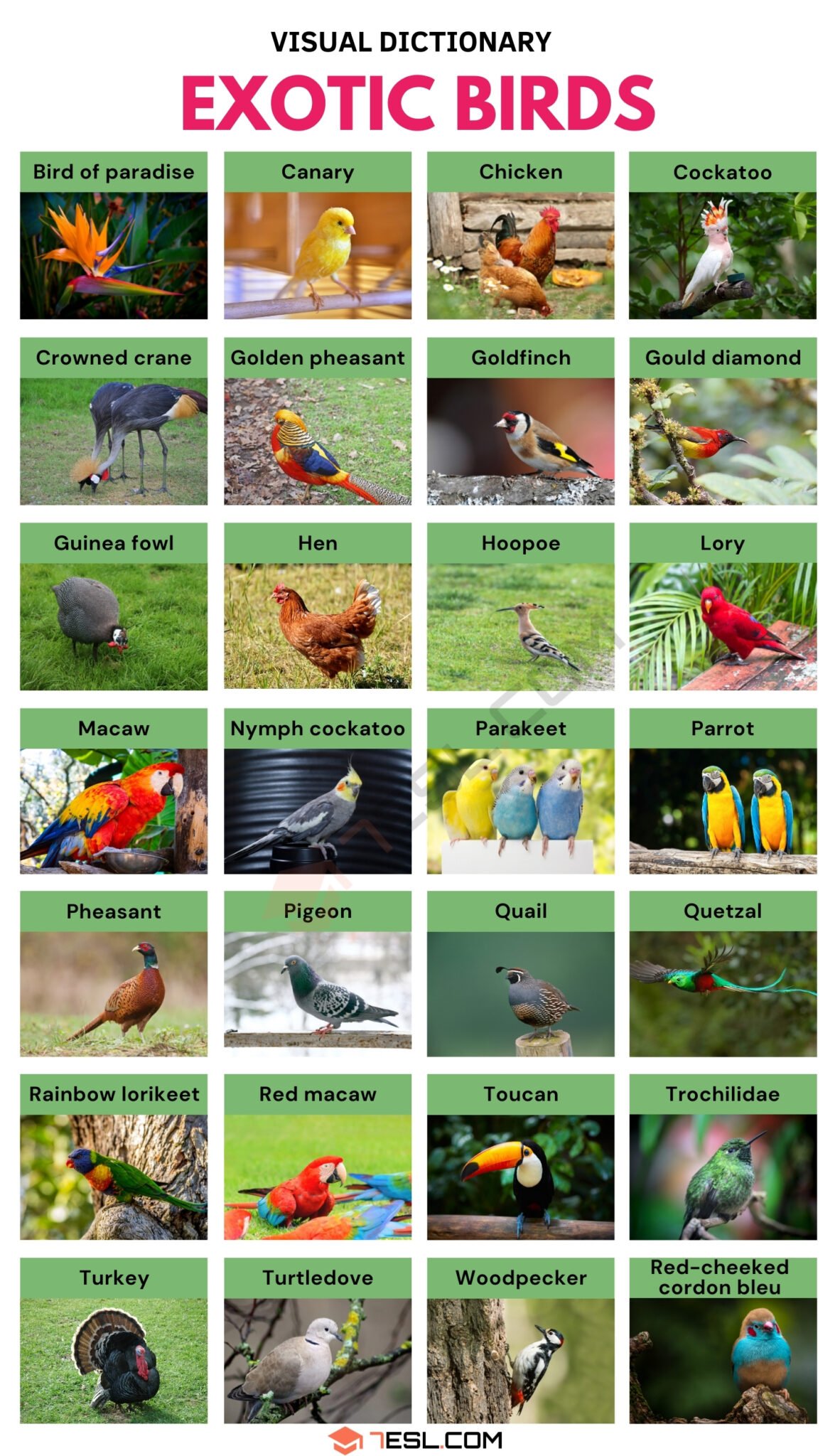