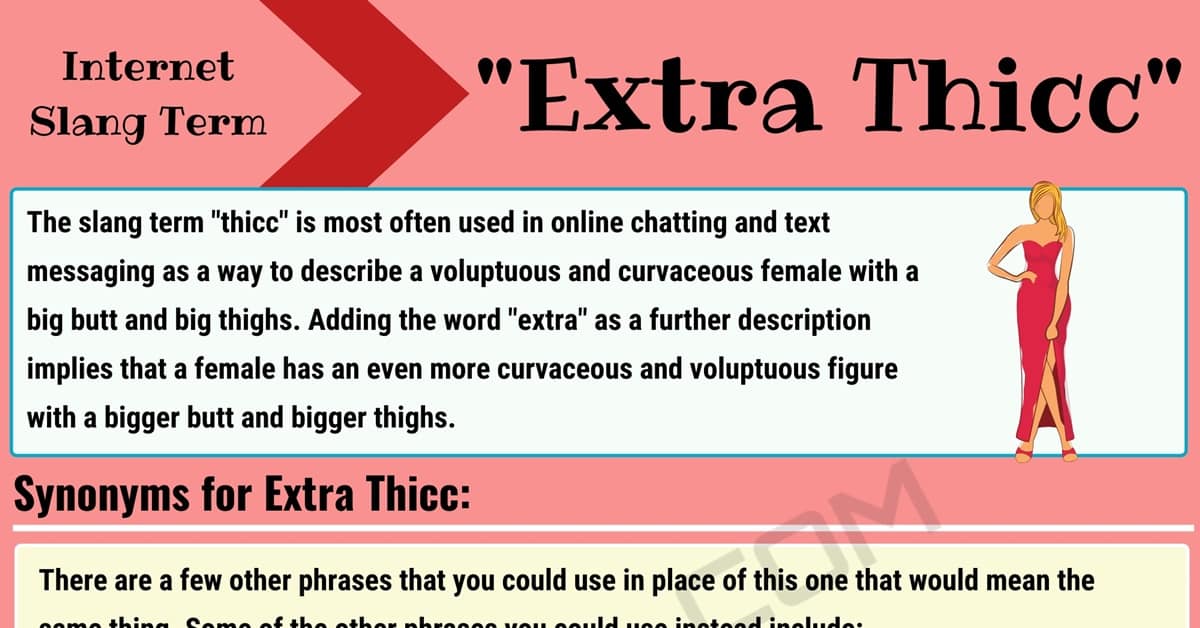 The slang term “extra thicc” is used as a popular way to specifically describe someone of a particular body type. However, it has a rather odd origin considering where it got its start and the meaning of the term. Here you will find this meaning and the story of its origin, along with any other meanings that it may have. Some example conversations are illustrated for you here too so you can better understand how the term is used in context. Finally, you will learn some other phrases that you can use to replace this one that all mean the same thing.

What Does Extra Thicc Mean?

The slang term “thicc” is most often used in online chatting and text messaging as a way to describe a voluptuous and curvaceous female with a big butt and big thighs. Adding the word “extra” as a further description implies that a female has an even more curvaceous and voluptuous figure with a bigger butt and bigger thighs.

This slang term became popular after a popular cartoon series user a variation of the term in one of their episodes. In 2001, season 4, episode 4 of the popular cartoon Samurai Jack aired and showed the character Aku making an order for an “extra thick” bounty hunter to fight his enemy. The show made it sound like he was ordering a pizza at first which got a laugh from the audience when they realized what it was he was actually ordering.

After the episode aired, a YouTuber uploaded a video to their channel parodying the scene and changing the word “thick” to the popular slang term “thicc” instead giving it new meaning. The video went viral and soon other videos and memes appeared on all social media sites.

There are currently no other meanings that can be found regarding this slang term. 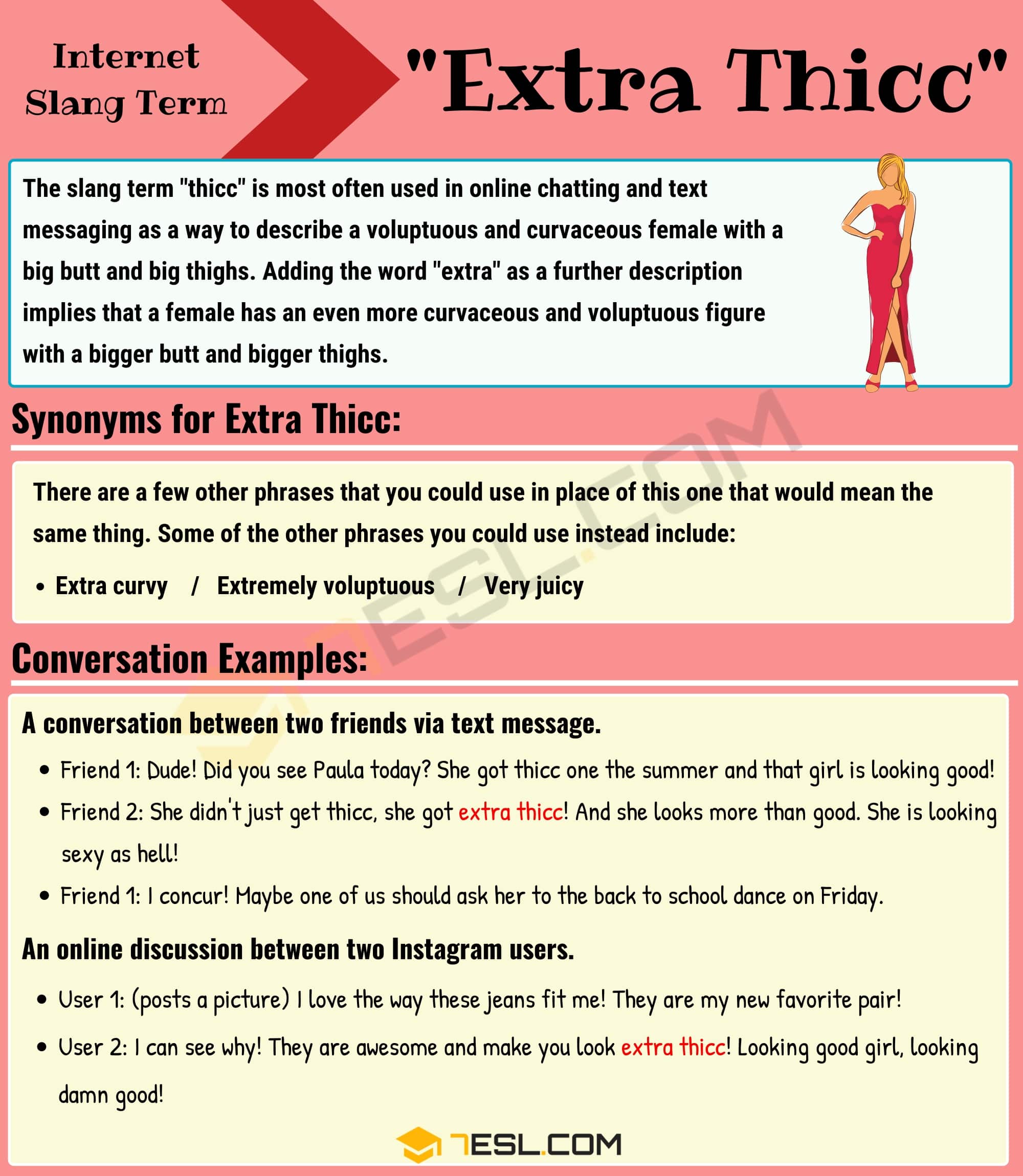