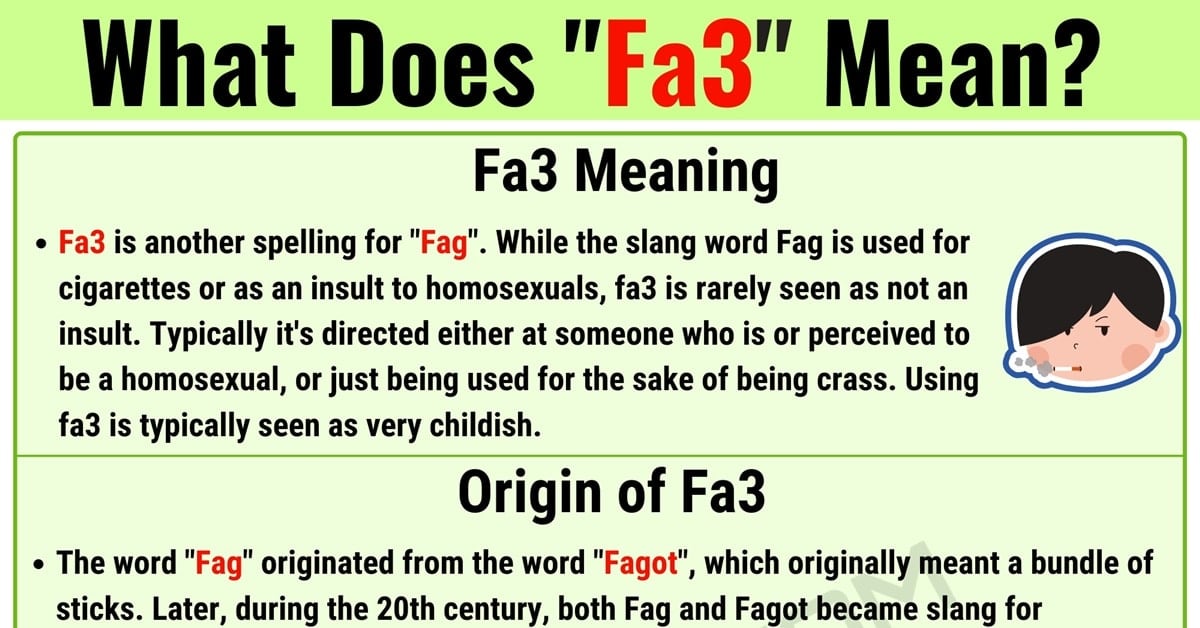 What does Fa3 mean? Learn the definition of this internet slang term with conversation examples and ESL infographic to enlarge your vocabulary words in English.

Fa3 is another spelling for “Fag”. While the slang word Fag is used for cigarettes or as an insult to homosexuals, fa3 is rarely seen as not an insult. Typically it’s directed either at someone who is or perceived to be a homosexual, or just being used for the sake of being crass. Using fa3 is typically seen as very childish.

The word “Fag” originated from the word “Fagot”, which originally meant a bundle of sticks. Later, during the 20th century, both Fag and Fagot became slang for homosexual and being called either a fagot or fag is viewed as an insult. Fag itself would also be used as slang for cigarettes, but has largely fallen out of favor due to the knowledge of being an insult. The origin of fa3 dates back to the turn of the 21st century and the rise of text messaging and internet communications. Around this time, it became very common to replace letters with numbers.

There are no other recorded usage of this slang.

Using “Fag” is much more common than “fa3”. As such, “fa3” has largely fallen out of favor unless in instances where software automatically blocks crass speech. 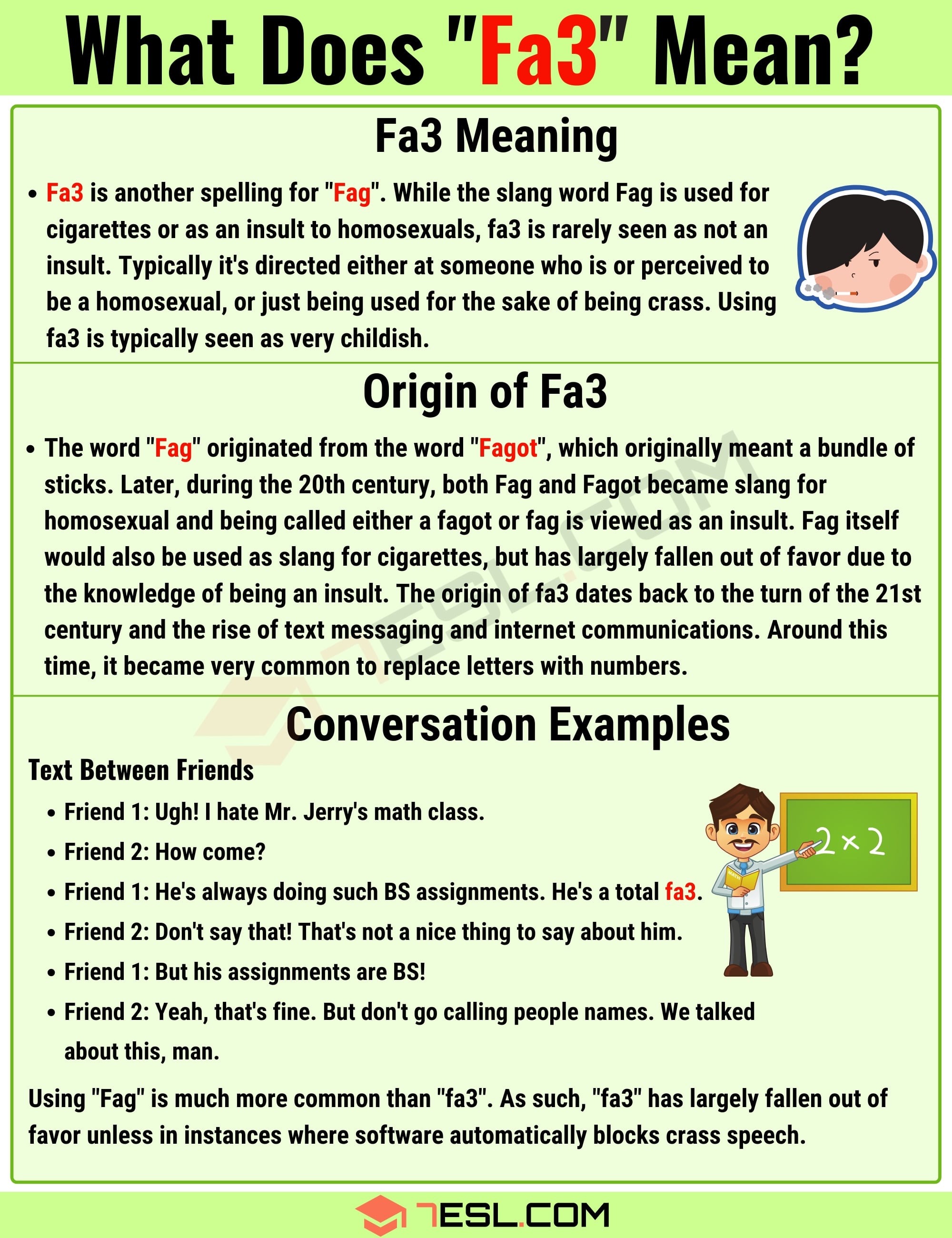